Police inspector, 39, who shared snaps of himself in blackface and joked on Facebook about ‘grabbing a nurse’s boob’ keeps job after probe finds posts were neither ‘racist or discriminatory’

A police inspector posted photos of himself in blackface and joked about groping a nurse on Facebook but has kept his job, the Mail can reveal. 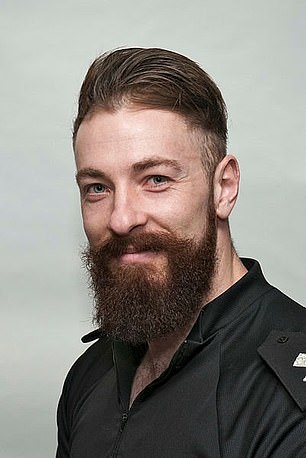 Inspector Paul Ayling, of Bedfordshire Police, posted images of himself in blackface at two separate parties on the social media site in 2010, then years later made a series of misogynistic posts

Inspector Paul Ayling, of Bedfordshire Police, posted images of himself in blackface at two separate parties on the social media site in 2010, then years later made a series of misogynistic posts.

Remarkably, the racist photos remained on his public profile for 12 years before they were spotted by a disgusted member of the public who made an official complaint.

The 39-year-old, who has been at the force for 19 years according to his Linkedin profile, also posted in 2016: ‘An accidental boob grab of a nursery nurse while dropping off your daughter is the way to start any day.’

The posts were missed by his force and only came to light when Mark Emsley, a father-of-three from Shefford, Bedfordshire, reported them to Bedfordshire Police in September last year.

Insp Ayling’s conduct was investigated by Bedfordshire and Cambridgeshire police, and it was recommended that he should be punished with Practice Requiring Improvement – a training review which falls short of misconduct.

Astonishingly, the investigation found the posts were not ‘racist by their nature’.

‘They are not, in my mind, the same as the use of racist language or derogatory language towards people of different backgrounds, for example.

‘The posts are also a number of years old. Whilst this is not an excuse, it is true to say that society in 2022 is different to society in 2010.’ 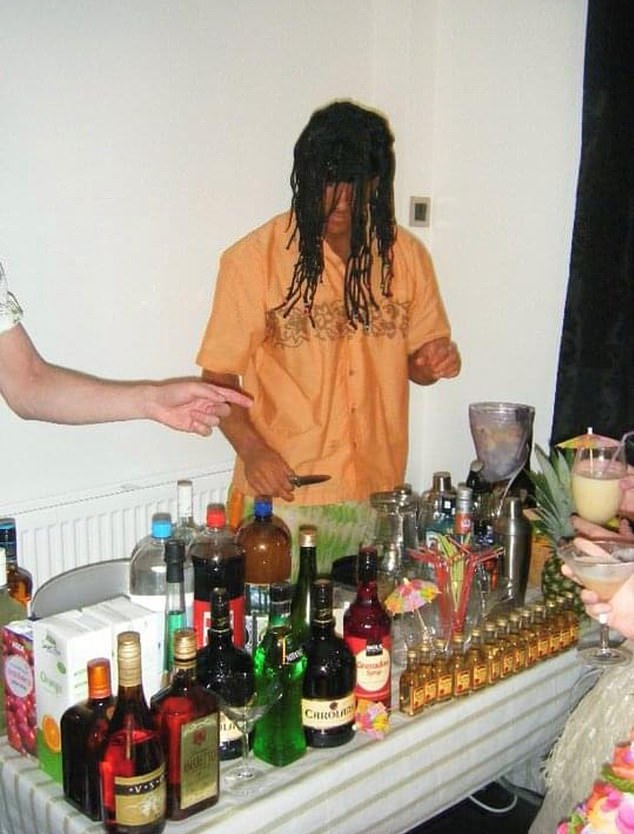 The posts, which include this snap shared to Facebook of Mr Ayling donning black face, were missed by his force and only came to light when Mark Emsley, a father-of-three from Shefford, Bedfordshire, reported them to Bedfordshire Police in September last year

Mr Emsley, whose father Clive was a celebrated police historian and criminologist, said it was outrageous to suggest that wearing blackface to a party was not intentionally racist.

‘It is surely one of the most racist things you can do – he is mocking another race,’ he said. ‘I find this whole episode disgraceful from start to finish.

‘He has been working his way up to a senior position in the force, while the entire time this content has been publicly there on his social media and not one of them has noticed.

‘Or they have and didn’t care. Then when someone makes a complaint it is a slap on the wrist and he’s back out on the beat.

‘It is no wonder confidence is dropping in policing. How can a force say they are anti-racist then send someone like this out there knowing he has openly mocked black people?’

Mr Emsley, a musician, met the force’s chief constable, Trevor Rodenhurst, in March this year and was told the posts had all been deleted.

But he said he showed Mr Rodenhurst that they were in fact still on his profile during the meeting.

Bedfordshire Police deputy chief constable Dan Vajzovic said: ‘These posts are abhorrent and completely unacceptable by the standards and culture that has developed over the last decade and do not reflect the values of our service.

‘Even when judged by the standards of the time that they were published, they are ill-advised, ignorant and have the potential to deeply impact trust and confidence in policing.

‘They have been removed from all the officer’s social media accounts and the matter and circumstances around it remain subject to an ongoing misconduct investigation.

‘Policing and wider society have made enormous progress in terms of cultural awareness and understanding in the years since these posts happened.

‘Here in Bedfordshire we have made huge strides in terms of building a more inclusive culture and inviting independent scrutiny in order to root out racism and misogyny from every part of our organisation.

‘Our focus on this work is relentless and no one should be in any doubt that we will not tolerate any conduct of this nature.’

Insp Ayling’s case was referred to the Independent Office for Police Conduct (IOPC) in April and was sent back to the force to investigate internally.

An IOPC spokesman said: ‘Following careful consideration, we were satisfied that the force appeared to be treating the matter seriously and we decided that an independent investigation was not required. The force is aware that if new evidence is uncovered which might warrant our decision being reconsidered, the matter should promptly be re-referred.’

A damning report from the Inspectorate of Constabulary released earlier this month found that thousands of officers who should have failed vetting checks were serving in the police.

Inspector of Constabulary Matt Parr recommended that the social media of new and existing officers should come under more scrutiny.