FIVE people have been rescued after a pod of crazed killer whales sank a tourist boat off the coast of Portugal.

The 25ft orcas smashed a hole in the hull six miles from the port of Sines on Sunday afternoon – the latest of dozens of terrifying attacks. 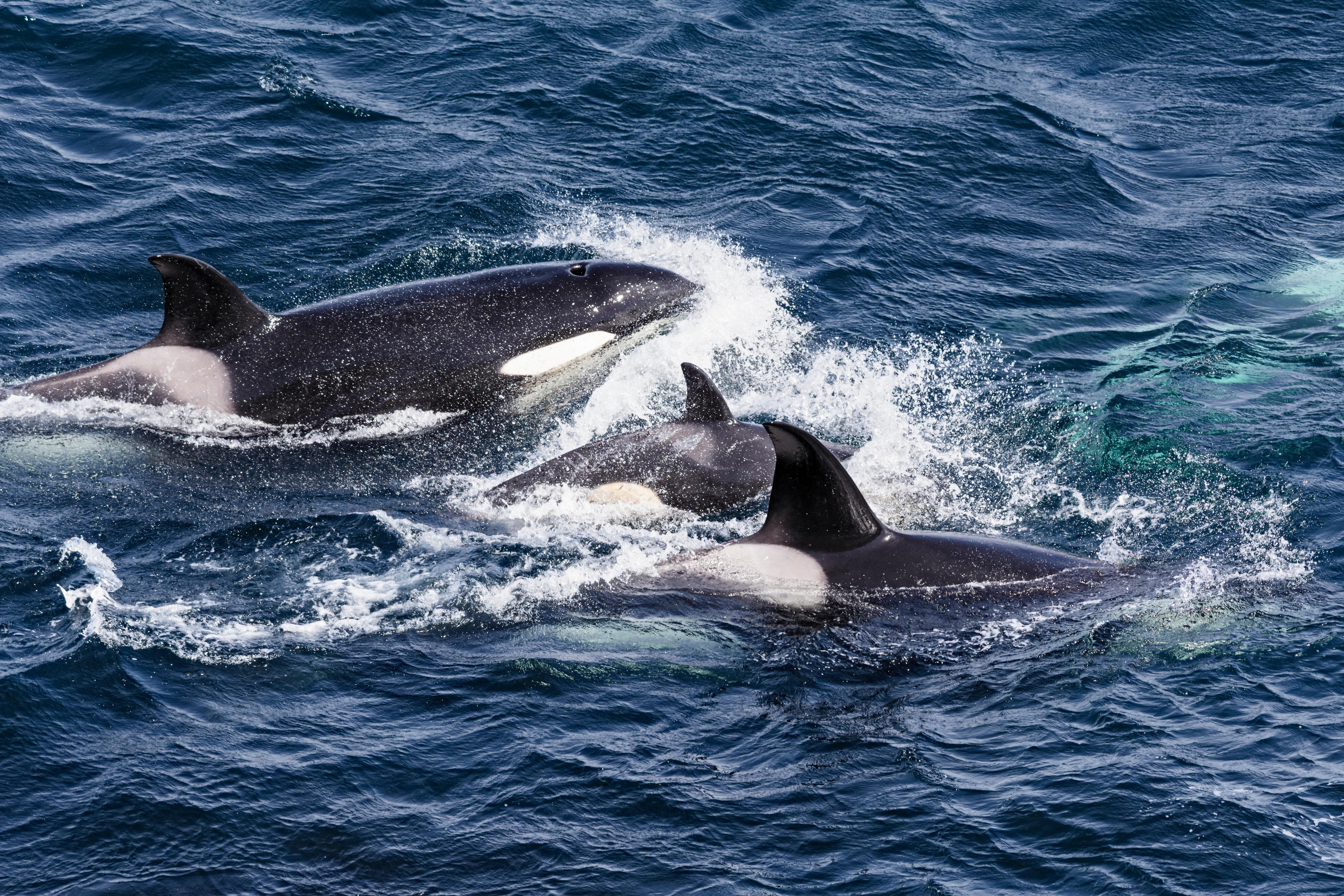 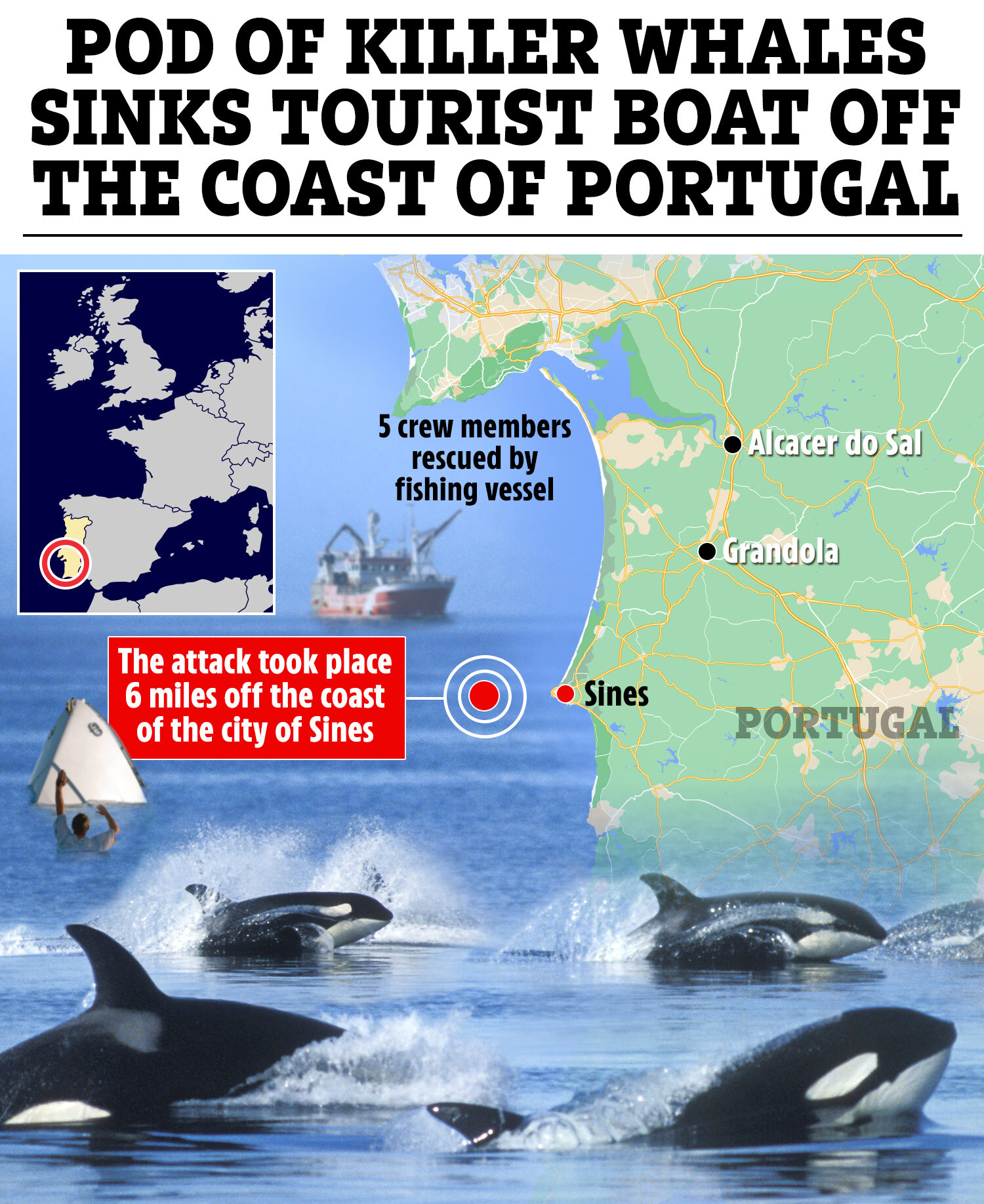 According to Portugal News, the crew of holidaymakers were forced to abandon their vessel as it took on water amid violent ramming.

They bailed out into a life raft and were picked up by a fishing vessel alerted by the Navy.

Thankfully everyone on board escaped injury.

The Portuguese Navy said: “The Navy, in conjunction with the Captain of the Port of Sines, coordinated the rescue of five crew members who were on the life raft of their sailboat after it sunk following an interaction with orcas 11km off the coast.

"The fishing vessel 'Festas André' was immediately engaged, which carried out the rescue of the five people on board, and a vessel from the Sines Lifeguard Station that accompanied the fishing vessel to the port of Sines, where it docked safely at 2.43.”

It comes after an alarming spate of rogue orca attacks with more than 50 reported incidents in 2020 and 2021.

Sailors have told of their terrifying ordeals, recounting how they feared for their lives as the whales rammed their boats for hours and broke off rudders.

In one account, 45-year-old Martin Evans feared his vessel would sink after an “onslaught” of roughly 30 orcas.

Most read in News 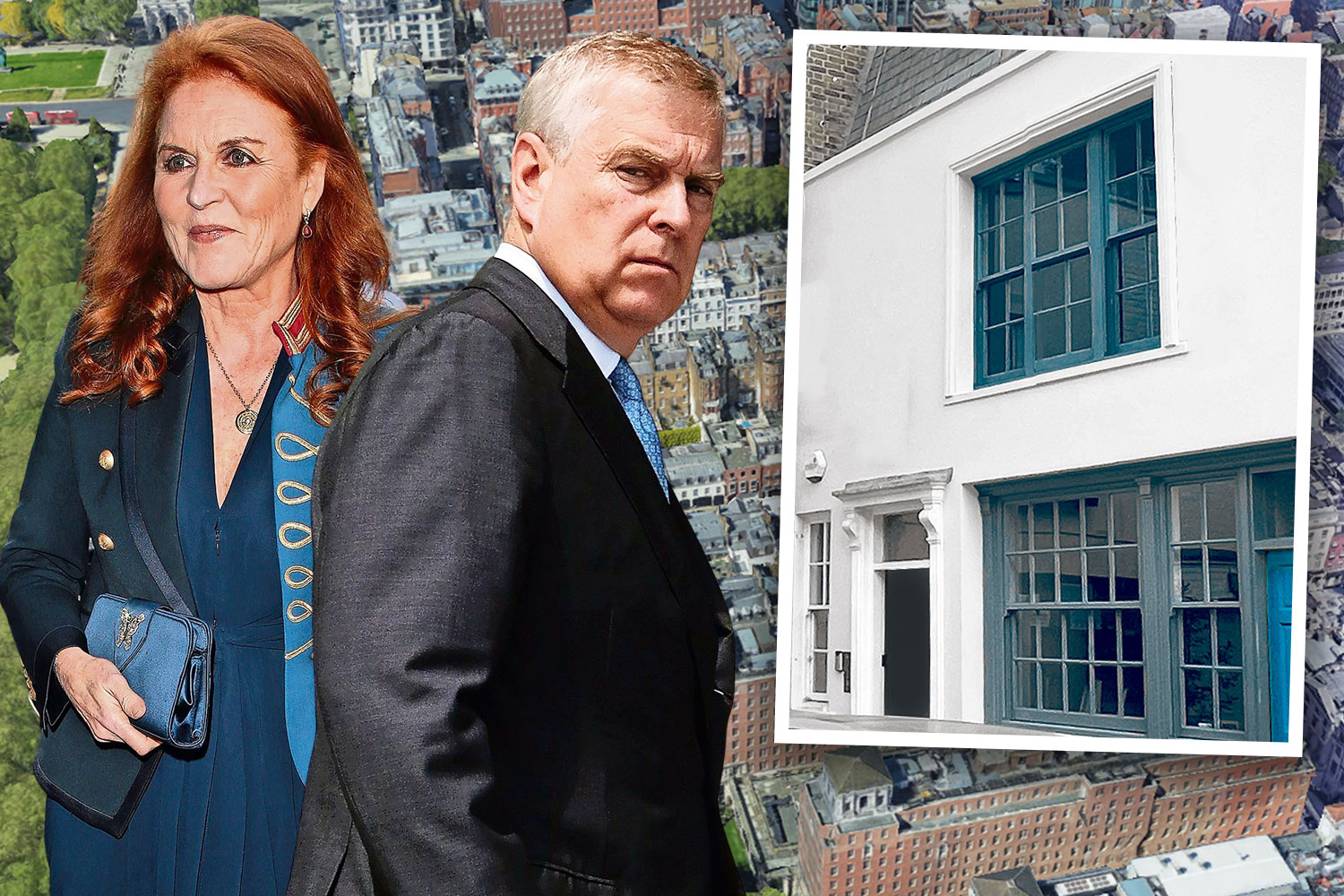 He described how the five-ton mammals rammed his boat as his crew sailed near the Strait of Gibraltar.

“I began to think: ‘Is this how it all ends?," his crewmate Nathan told The Sun.

Meanwhile, another incident reportedly left one Brit “terrified” after a group of orcas slammed into his boat for hours on end.

"It was continuous. I think there were six or seven animals," he told the BBC.

"I was definitely preparing to ask the Portuguese coastguard to send a helicopter to get us off".

Several videos of the incidents have since been captured which show the huge black and white creatures buffeting boats and circling vessels.

Scientists have recorded a particular increase in orca incidents along the Atlantic coasts of Spain and Portugal.

The attacks, some of which have left boats damaged, have taken place in different parts of the Spanish north coast and the Iberian peninsula.

It promoted the Spanish government to issue a temporarily ban on sailboats sailing in certain regions to prevent further attacks.

Amid increasing regularity, one expert suggested a harpoon strike by poachers had sparked a spate of "revenge attacks" from a rogue orca pod.

Victor J Hernandez, author and naturalist, said an illegal fishing incident in July sparked an increasing number of run-ins between the animals and passing vessels.

Hernandez believes the attacks have been carried out by a pod of between nine and 13 orcas, led by a male called Pingu.

Hernandez said: "Sailors in the area who know Pingu’s pod very well due to their markings have claimed that they were attacked with harpoons in July.

"The crew of the illegal fishing boat was probably scared when they saw them approaching so close."

ORCAS – HOW DANGEROUS ARE THEY?

ORCAS – also known as killer whales – are the largest member of the oceanic dolphin family.

The creatures are dubbed "killer whales" as they hunt and eat other smaller species of dolphin.

Some also feed exclusively on fish, while others hunt marine mammals like seals and other dolphins.

They're known as apex predators meaning they're at the top of the food-chain and no other animals feed on them.

There are no recorded incidents of orcas attacking humans before the bizarre boat-bashings, but they have been known to feast on other land-dwelling mammals like moose who swim between islands.

According to Hernandez, orcas have a good memory – like dolphins: "Two of the youngest orcas have been hitting sailboats because they are traumatised by these kinds of vessels.

"They hit and bite the rudders because it reminds them of the harpoon incident."

Experts are still divided on whether the giant creatures are "playing" with or attacking the boats – but one sailor caught up in a 30-hour barrage where an orca battered his boat said anyone who experiences it would be scared.

Christian Bach, from Switzerland said: "They talk about interactions, about games.

"I would like to see some of those biologists on board my ship at dawn on Sunday. I think they would also be afraid."

But scientist Dr Ruth Esteban suggests the killer whales have been playing, rather than attacking.

"They always seem to go for the rudder, and I think that’s because it’s a mobile part of the vessel," Ruth, who has previously studied this population of orcas, told the BBC.

"In some cases they can move the whole boat with it. We see, in some of the videos, the sailing boat turning almost 180 degrees.

"If they see that they have the power to move something really big, maybe that’s really impressive for them."

Ruth acknowledges the incidents must have been "really scary" for those involved, but she said it should not be called an "attack".

"We call it an interaction," she said.

Biologist Renaud de Stephanis, who investigated the attacks during 2020 and 2021 said he has experienced the behaviour on his own boat, when a group of orcas chased it.

“They love it. And don’t know why,” he told the BBC. "It just seems to be something they really like and that’s it."

Though killer whales they do not typically attack humans, their name refers to the mammal's ability to take down large marine animals, such as sea lions and whales, according to Live Science.

I got 0.5mm of lip filler but regret it so much, I look like a duck

According to SeaWorld, it is difficult to know the number of killer whales given their worldwide distribution, but it is estimated that there are about 50,000.

Listed as endangered since 2005, the orcas' population has been declining over the years. 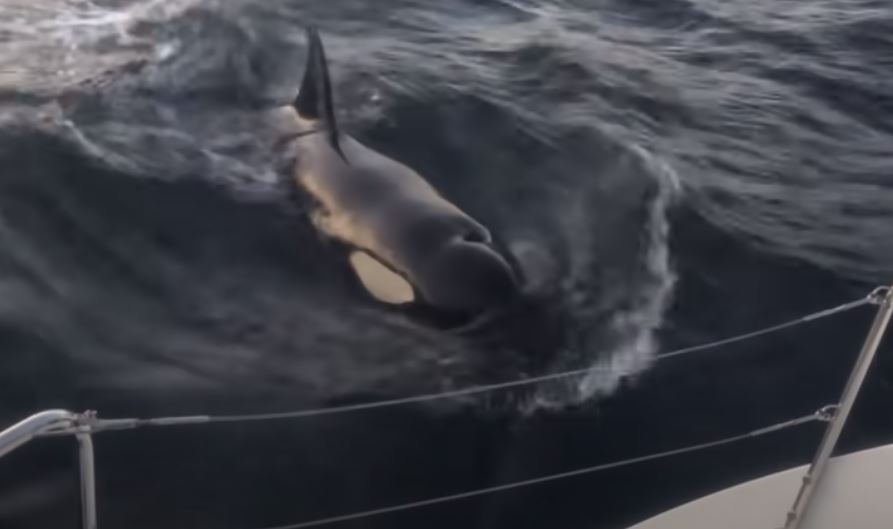 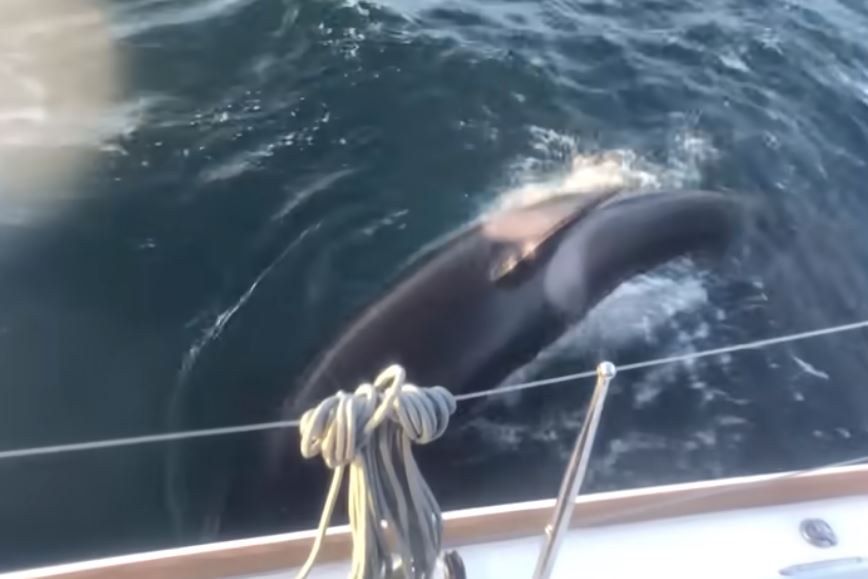