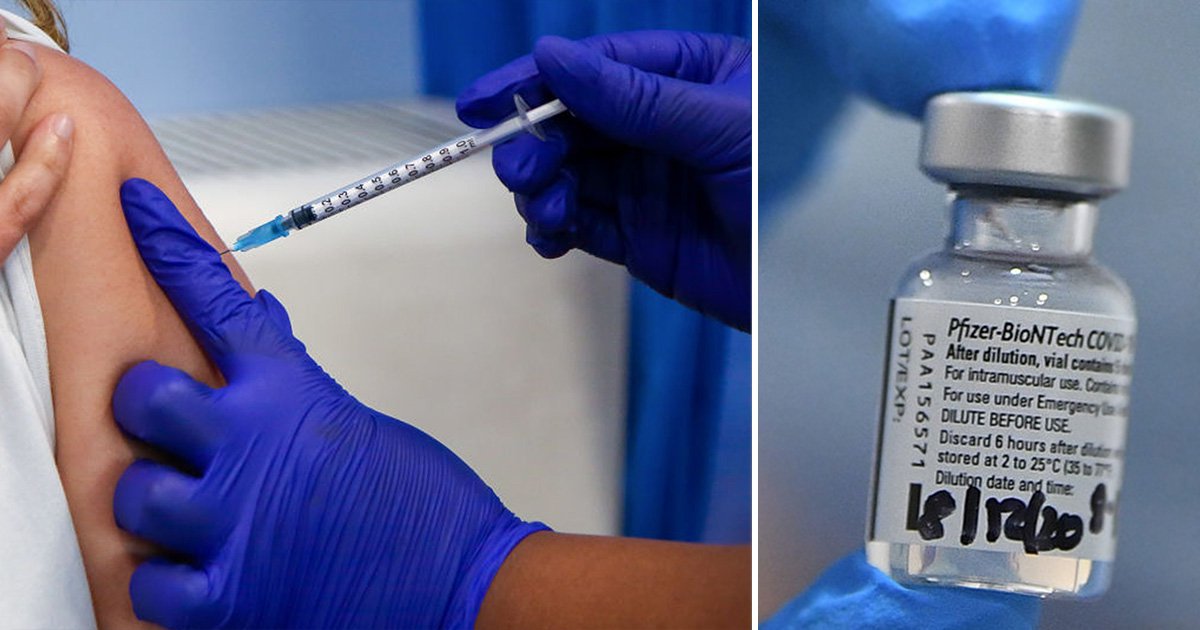 A new study has suggested the Pfizer and Moderna vaccines could provide lifelong protection against Covid-19 for people who have already been infected with the virus.

The mRNA jabs can provoke an immune reaction that can protect people for years, Washington University researchers found.

They said Covid survivors’ immune cells recognised the infection, which can still be found in bone marrow eight months later.

After looking at other research that demonstrated memory B cells could get stronger 12 months after initial infection, they concluded immunity to the virus could be lifelong if someone received a Pfizer or Moderna vaccine after getting the virus.

Immunologist Dr Ali Ellebedy, who led the study, and her team could not say if someone who received the mRNA jabs and had not previously been infected was protected in the same way.

The study included 41 Covid survivors who had been fully vaccinated with Pfizer or Moderna.

Dr Ellebedy said: ‘It’s a good sign for how durable our immunity is from this vaccine.’

Immunologist Marion Pepper, from University of Washington, told the New York Times: ‘Everyone always focuses on the virus evolving — this is showing that the B cells are doing the same thing.

‘And it’s going to be protective against ongoing evolution of the virus, which is really encouraging.’

The research, published in the journal Nature, didn’t include data on other vaccines, including the AstraZeneca jab.

The paper said it was possible severe Covid-19 infection ‘could lead to a different outcome’ but this ‘has not been the case in survivors of the 2014 Ebola virus outbreak in West Africa.’

The study comes after new research suggested mixing doses of the AstraZeneca and Pfizer vaccines generates a robust immune response against coronavirus.

The Com-COV study, run by the University of Oxford, found that using Pfizer followed by AstraZeneca or vice versa induced high concentrations of antibodies against the spike protein of the virus when doses were given four weeks apart.

It also suggests that people who have had two Oxford jabs could have more antibodies if given a different booster.

However, more antibodies do not necessarily mean more protection against the virus.

The findings could allow flexibility in the UK and global vaccine rollouts, allowing people to receive whatever jab is available rather than waiting for a matching one.

But given the UK’s vaccine supply position, it is unlikely the schedule will change at the moment.

Get in touch with our news team by emailing us at webnews@metro.co.uk.

For more stories like this, check our news page.