Distressing video footage captured the moment paramedics tried unsuccessfully to save a Florida mom-of-two after she was struck by a car following an argument over her daughter’s parking space.

EMTs were filmed working on Olga Fernandez, 62, in Hialeah, Florida, on February 13 after she was struck by a car, then fatally dragged, after the argument erupted.

Footage obtained by WESH – pixelated to preserve Fernandez’s privacy – shows her being treated on the asphalt, before being lifted onto a stretcher and put into an ambulance.

Tragically, those emergency efforts did not succeed, and she succumbed to her injuries shortly after. A black car, believed to be a Toyota Corolla, is being sought in connection with the brutal killing.

Fernandez, a mom of two adult children, was fatally injured last week when her 24-year-old daughter apparently came home to find someone in her assigned parking spot. 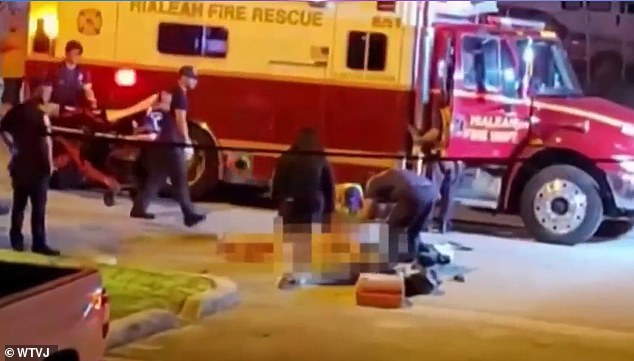 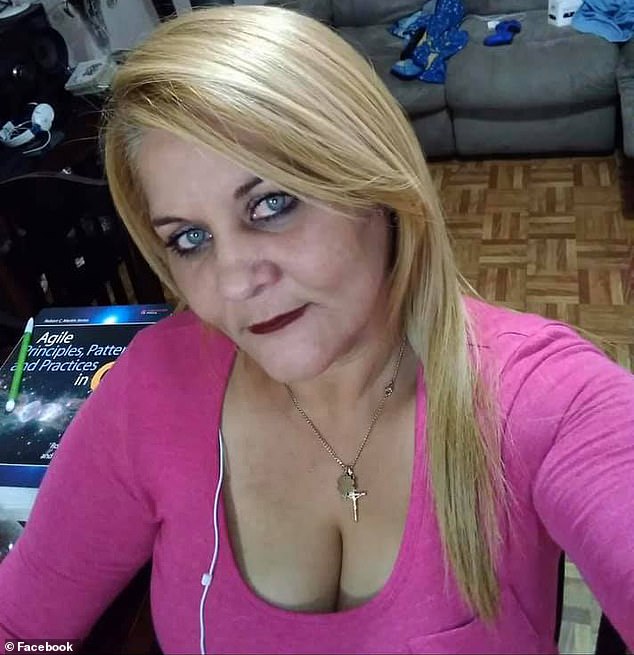 Olga Fernandez died Sunday, February 13, after she was struck by a car outside her Hialeah home following an argument over a parking space

Fernandez came to her daughter’s aid and got into an argument with the man after telling him to leave a parking spot.

‘Her daughter said, ‘mom, someone is in the parking lot,’ and her mom went downstairs and she went to the bathroom. When she came out of the bathroom, she heard her mom screaming,’ said Ileana Ajo, Fernandez’s best friend.

The driver had hit Fernandez with his car and sped off, dragging her.

Fernandez was rushed to the hospital where she died from her injuries.

Hialeah Police are investigating and say they’re looking for a black Toyota Corolla with damage to the front.

It was still dark out on Sunday when video captured half a dozen first responders working on Fernandez outside her apartment near First Avenue and Fourth Street in Hialeah, Florida 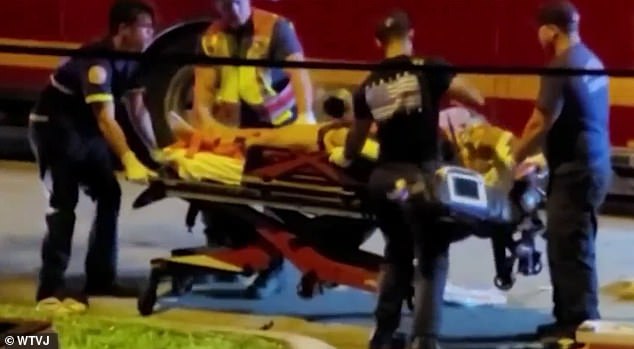 The mother of two, who lived at the apartment with her adult children, is seen being lifted onto a stretcher and taken to the hospital where she tragically died from her injuries

Surveillance footage was reportedly handed over to the police, but it has not yet been released and no further details were given.

Family and friends are in shock over Fernandez’s tragic death.

A neighbor, only identified as Jeanette, told Local NBC 10 that she heard the commotion that day, but was afraid to look.

She remembers Fernandez as a wonderful person and credits her with saving her daughter’s life.

‘My daughter had stopped breathing and blacked out,’ Janette said. ‘My mother went out running, but she doesn’t know how to drive. Olga saw my mother, dialed 911 and gave her CPR.’

‘The girl says that she can’t close her eyes because she sees her mother on the floor bleeding from her mouth, saying, ‘I can’t breathe,’ she said.

‘I feel like half of me has been taken away,’ Ajo continued. ‘Yesterday, I found out that I’m going to be a grandmother again, and I’m far from being happy. I felt sadness because I wanted to call her and tell her, but she wasn’t there.’ 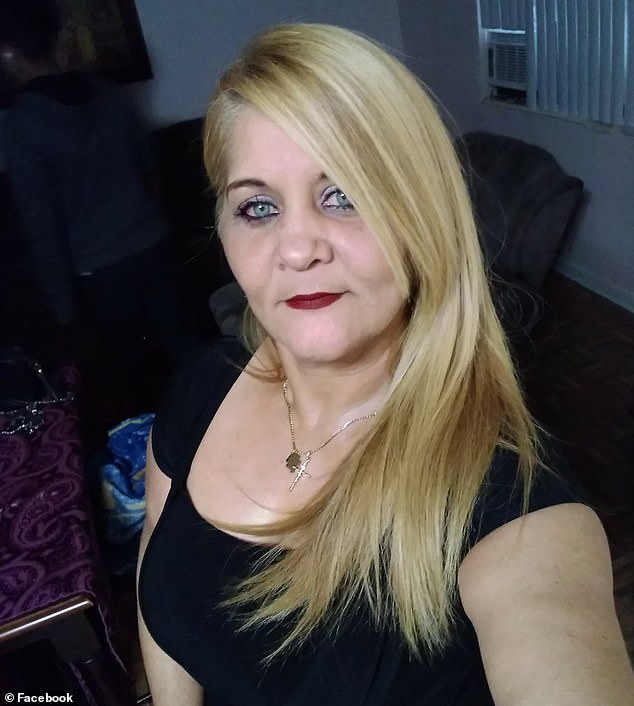 Fernandez was described as a hard-working, caring woman who lived for her children 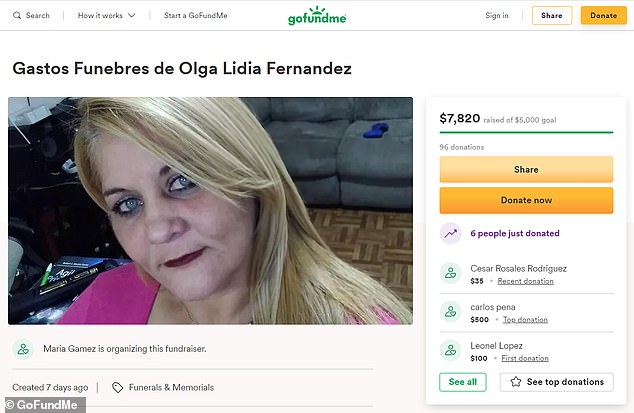 A GoFundMe has been has been created to help the family with funeral expenses.

‘We have lost a great friend, sister, mother, aunt, niece and human being,’ a message on the site reads. ‘Everyone who knew them knew that she was a hard-working, caring woman who lived for her children.

‘Olga not only left us unexpectedly but also left her two children behind. Diana, 24, and Freddy, 18. At times like this it’s important to get together and help your children. We are asking that you help with whatever you can for funeral expenses and other expenses that they will have to face without their mother.’