JILL Biden wore a LOVE blazer on her UK trip in a possible jab at Melania Trump's "I don't care" jacket.

Dr Biden was wearing a black blazer with the word "LOVE" scrawled across her back. 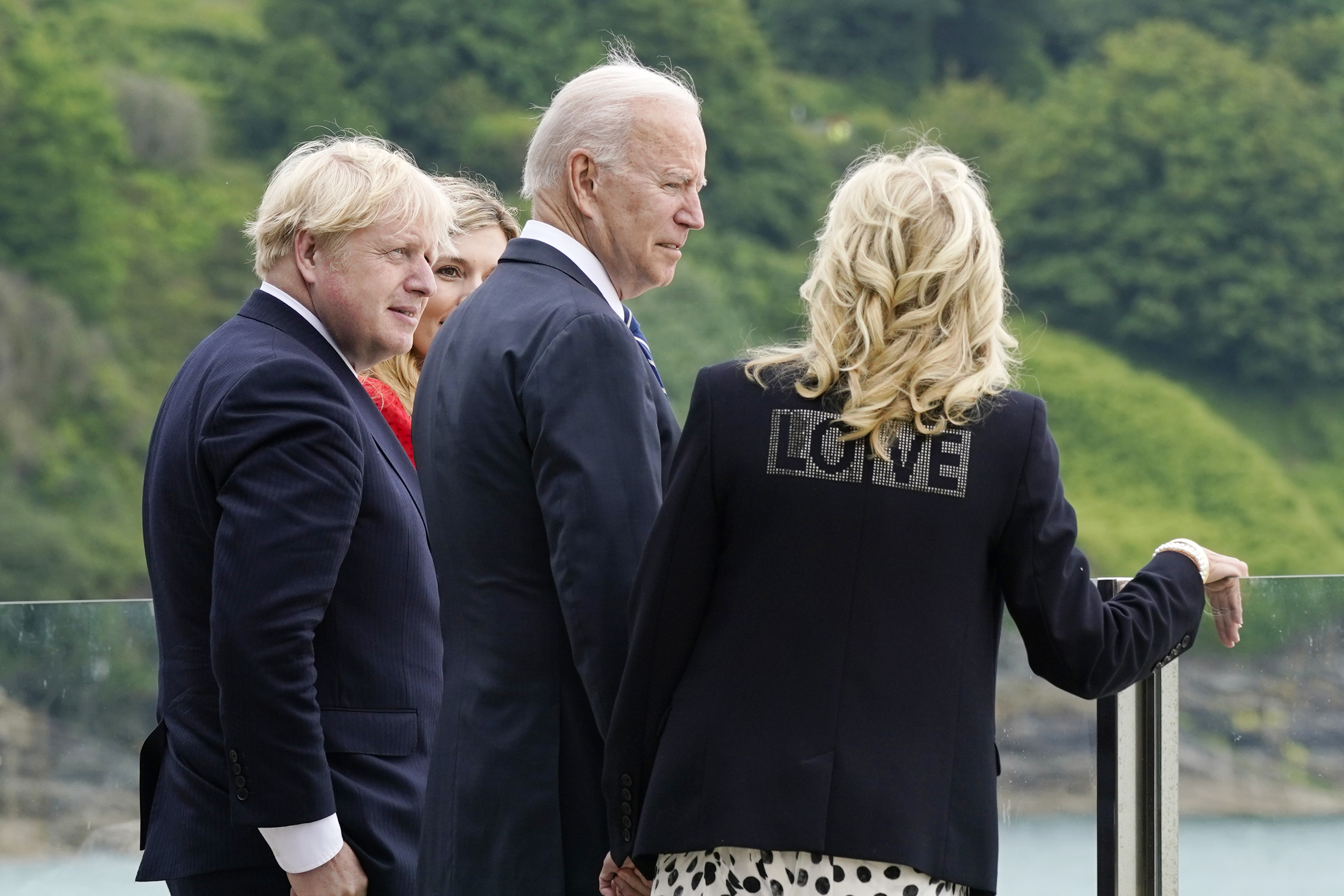 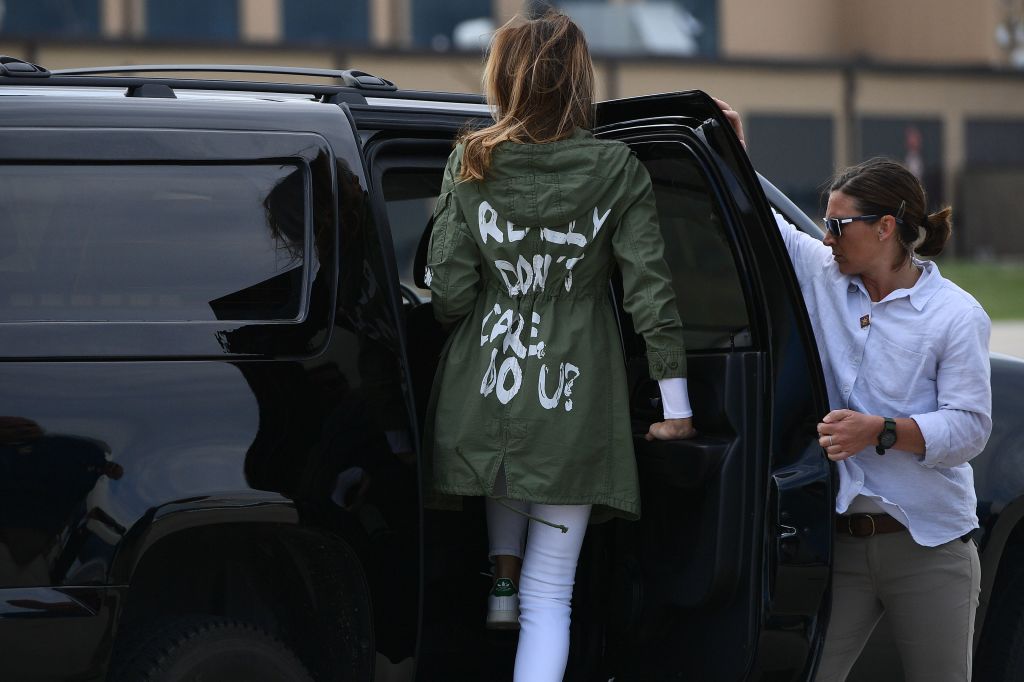 The Biden's were in Cornwall, England, to meet with Prime Minister Boris Johnson and his wife, Carrie.

Jill was wearing the blazer over the top of a black and white polka-dot dress. She appeared to be wearing pearl earrings and a matching necklace.

When asked what her jacket meant, the doctor said: "Well, I think that we're bringing love from America.

"I think that this is a global conference and we're trying to bring unity across the globe and I think that's important right now that you have a sense of unity."

She was accompanying President Biden, who was seen holding her hand and chatting with the Johnson's. 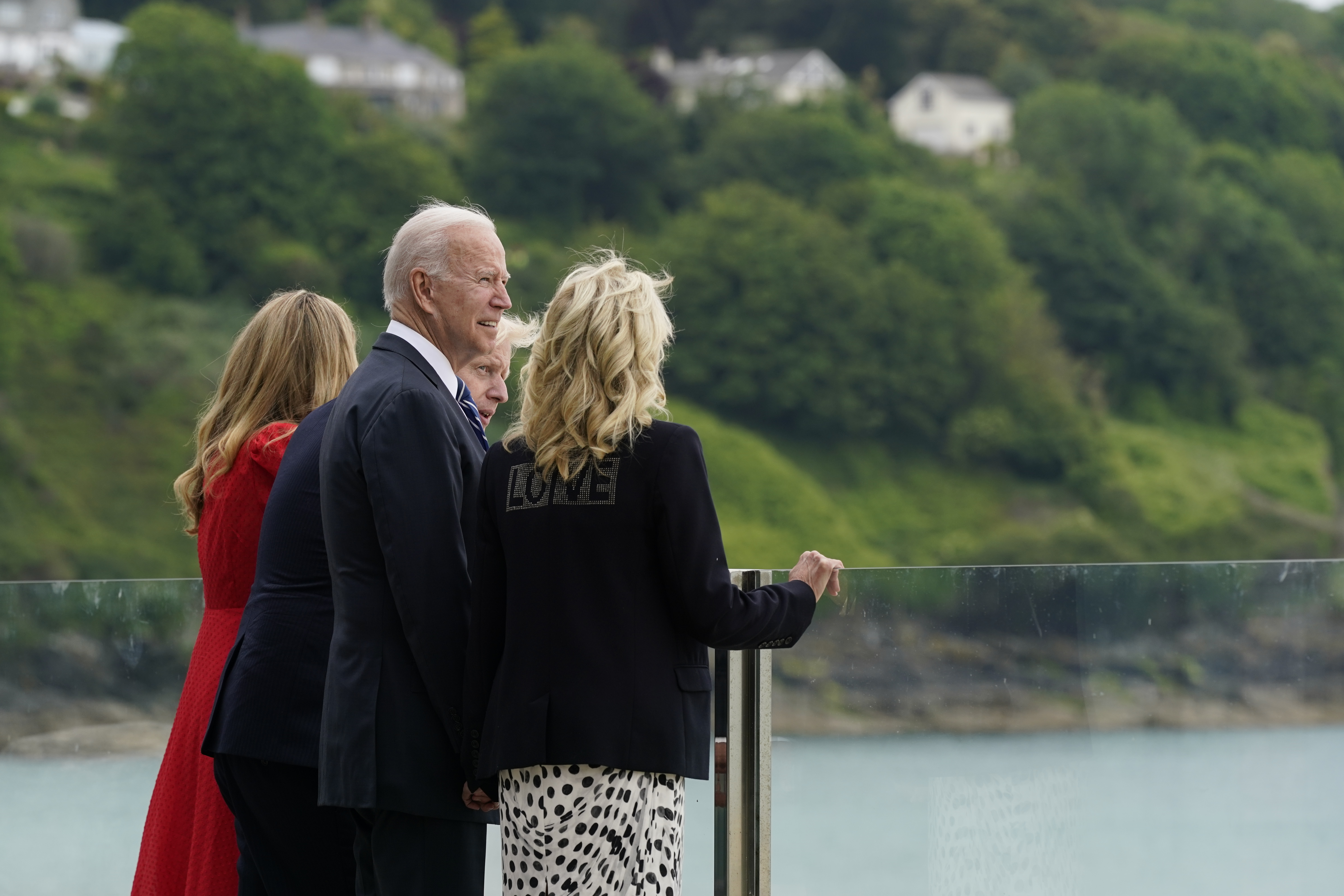 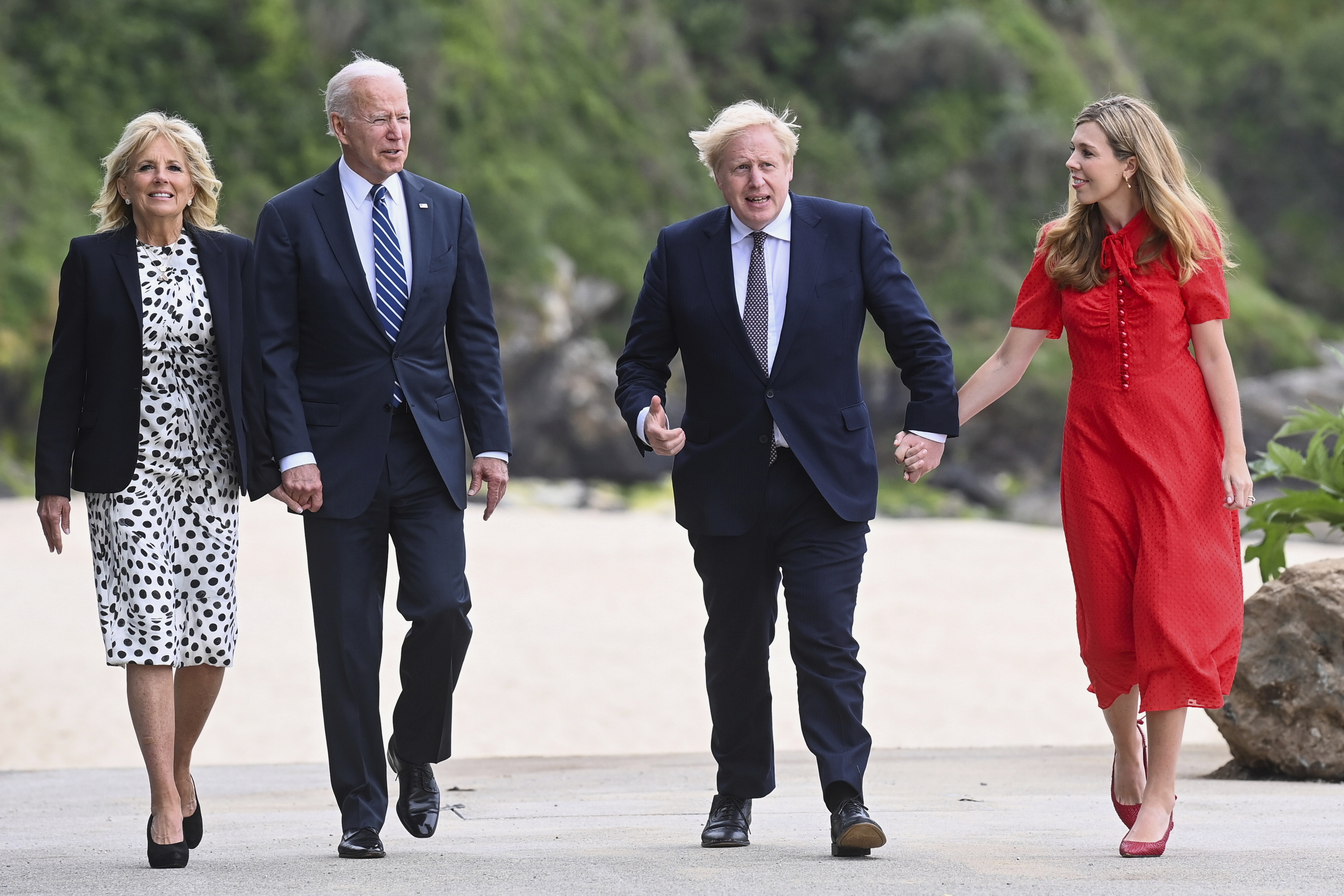 Back in 2018, Melania wore a green jacket that had "I really don't care do u?" scrawled on the back.

The outfit received stark backlash, but her camp claimed that there was "no hidden message."

However, President Donald Trump claimed the message was aimed at "the fake news media."

Jill donned the secret message just one day after the couple arrived in the United Kingdom.

When they landed yesterday, Jill jokingly scolded her husband, telling him to "pay attention". 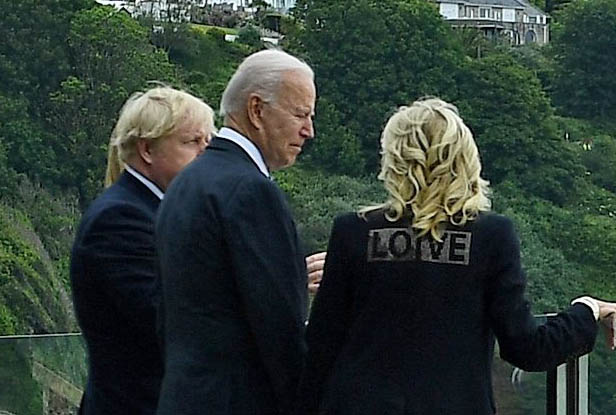 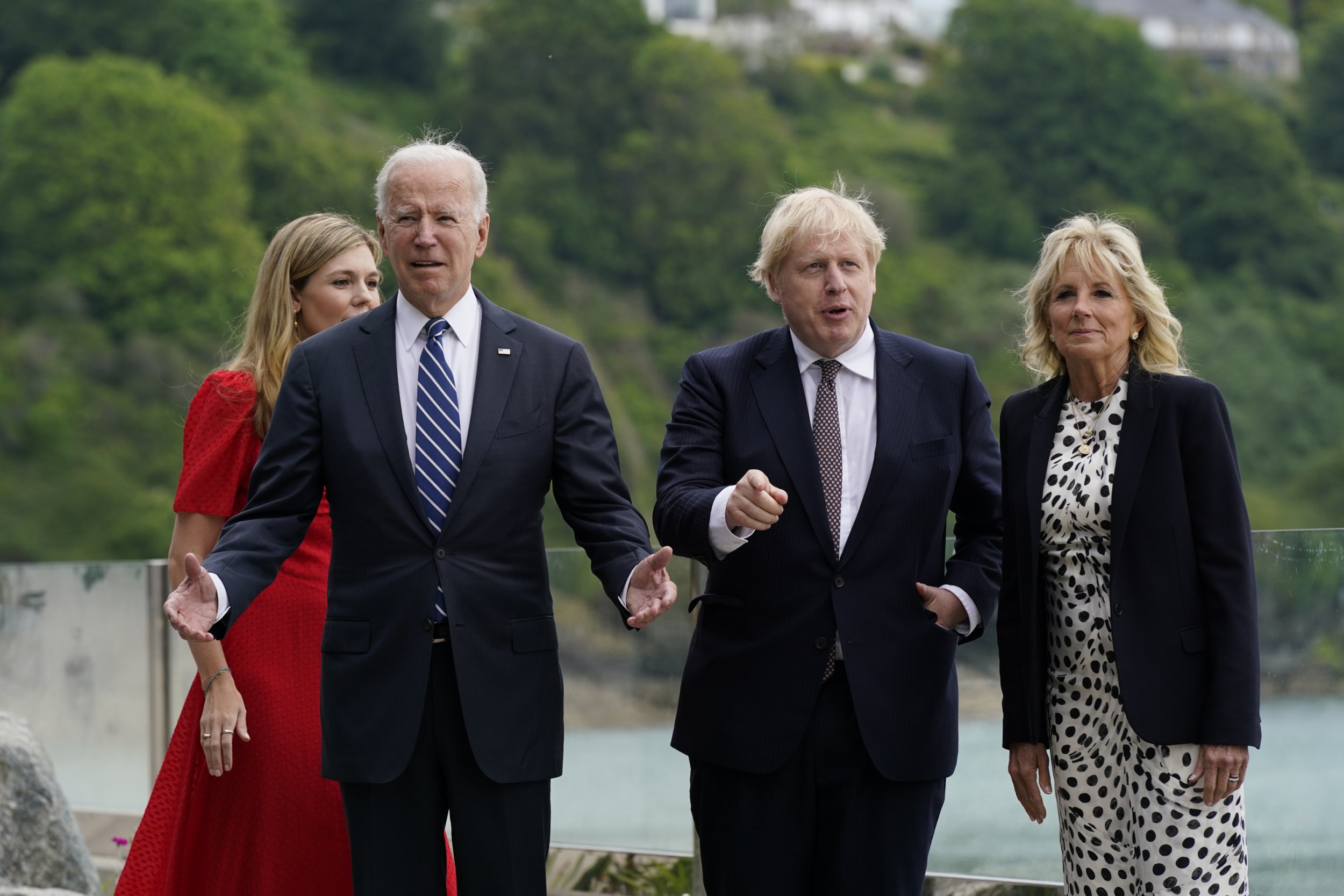 During her address, the first lady joked that Joe had to concentrate moments before he said that he "kept forgetting I'm president."

The president and first lady addressed troops moments after touching down at the Royal Air Force Mildenhall in Suffolk, England, ahead of the G7 summit.

Joe had been looking at the service members standing behind her when she made the comment.

During their transatlantic flight to the UK, Jill had posted a candid photograph on her working on Air Force One.

Flotus said she was "prepping for the G7" hours before her RAF Mildenhall address.

Biden's meetings at the summit are expected to start on Friday morning.