A BLACK Lives Matter protester was filmed taunting a Black NYPD officer, calling him a "traitor" and a "Black Judas".

Wild scenes unfolded on Tuesday night during a demonstration in front of City Hall, just hours before the council voted to slash the NYPD's budget by nearly $1billion. 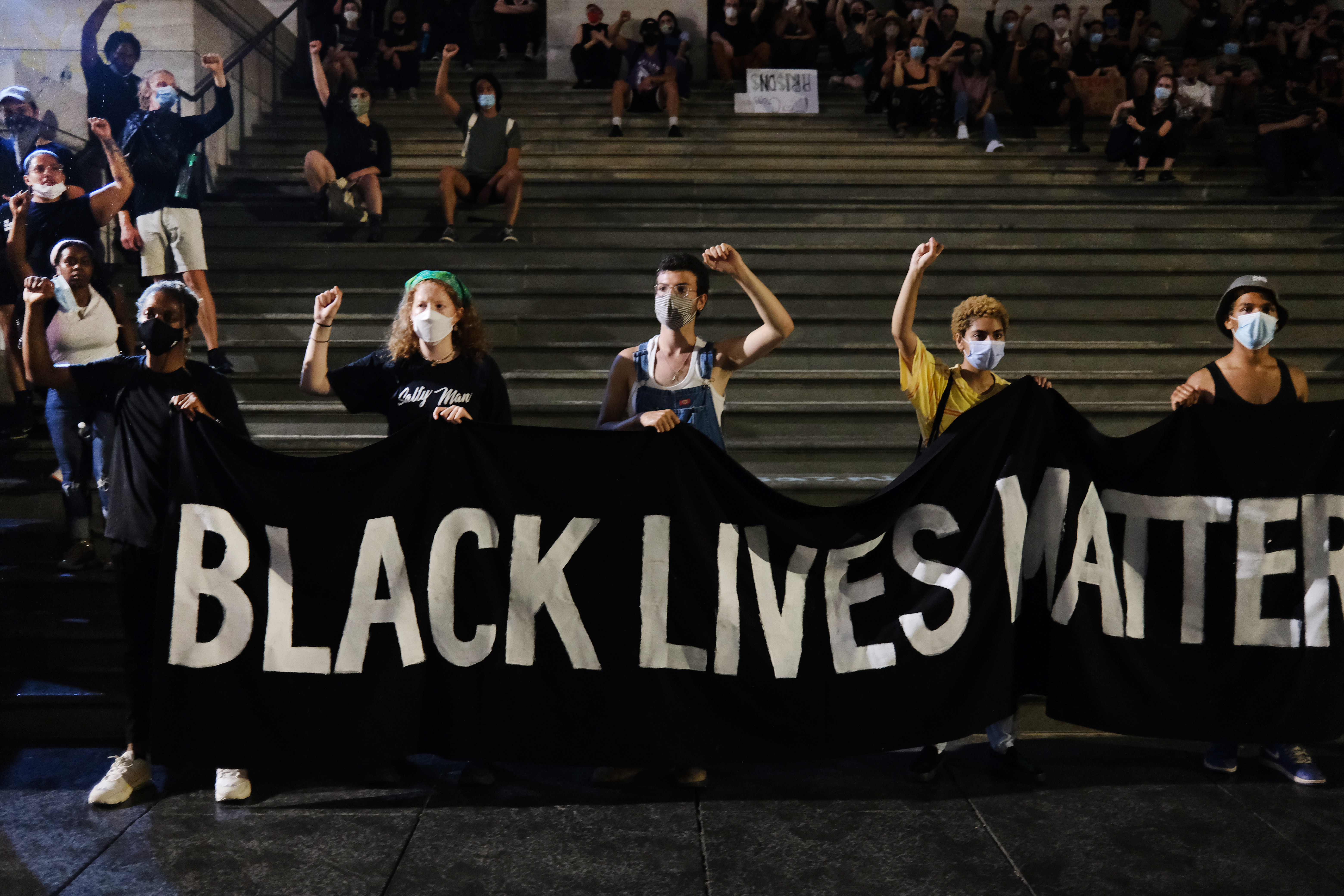 This comes after weeks of calls for police reform, sparked by the police killing of George Floyd and other Black Americans in recent months.

In the video, the protester can be seen walking back and forth taunting the police officers who were lined up in front of One Police Plaza, while another protester compares the police academy to "clown college."

"I can't believe you all are getting paid to sit there like f**king idiots," she says. "You guys go to clown college for like 26 weeks."

To which the taunting protester added: "Your hairdresser has to go to school for longer than you do."

The protester then singles out a Black officer and says, "You should know better." 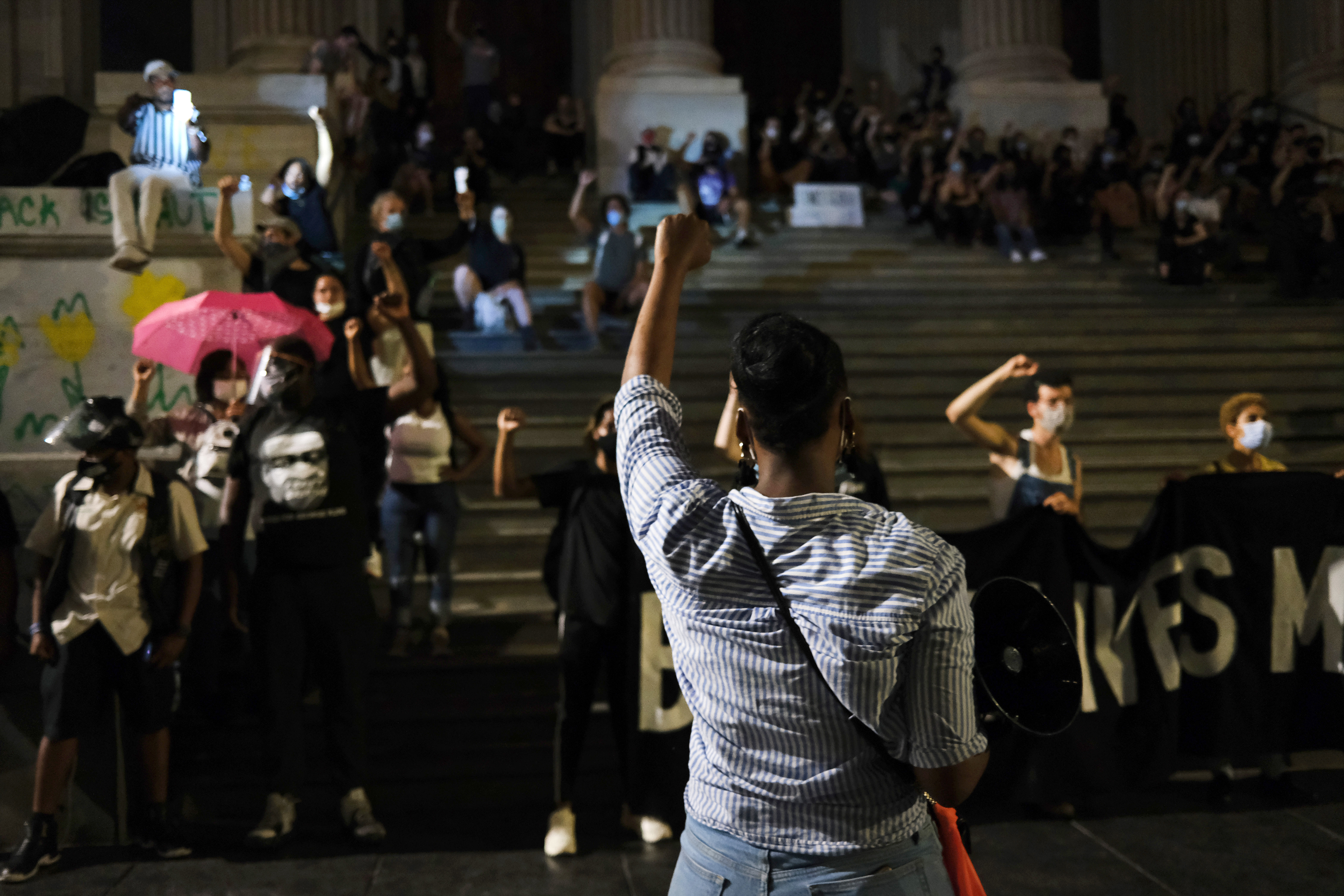 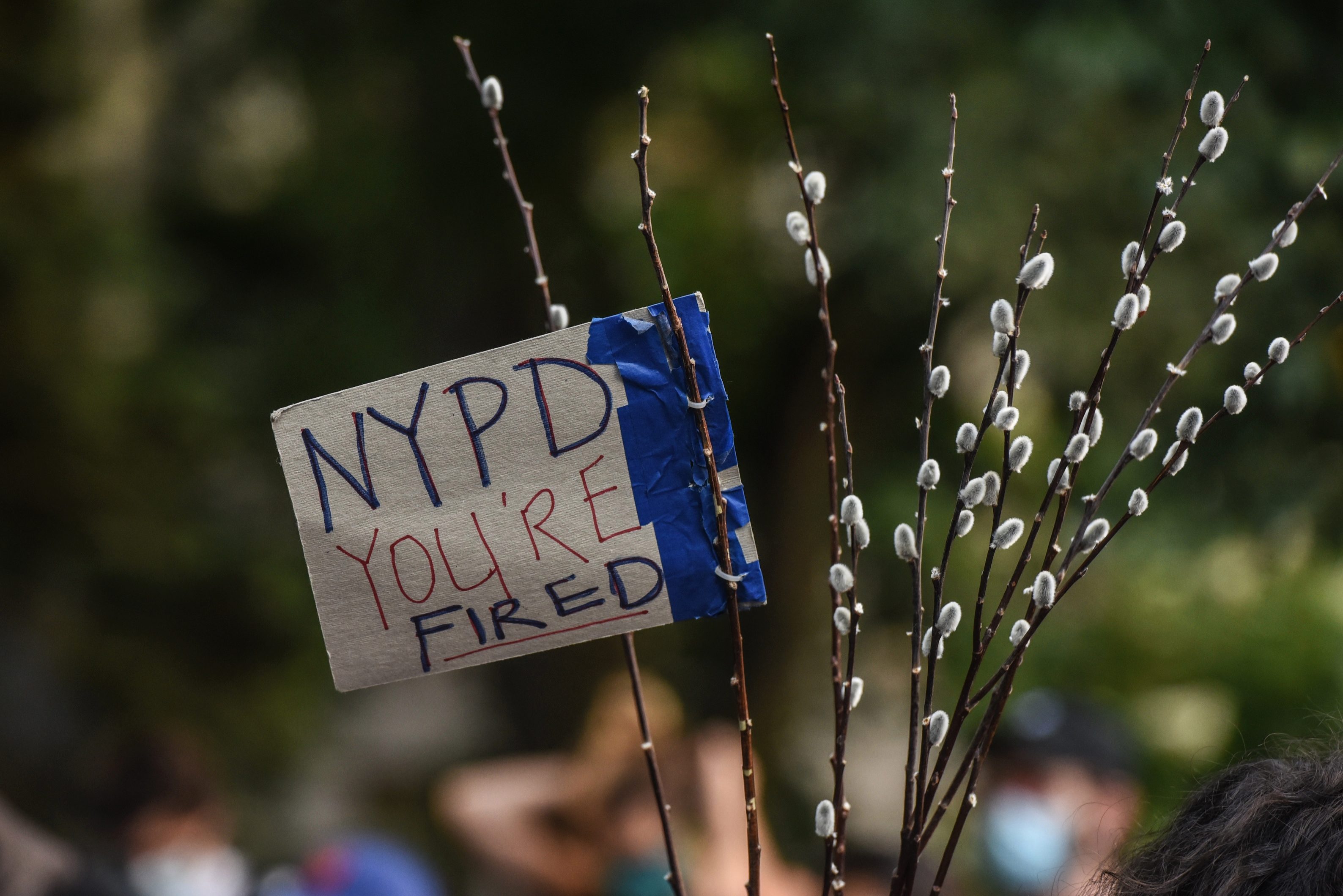 "Traitor to your f**king people," the protester adds. "You're like the f**king Black Judas."

Hundreds of protesters were set up outside of City Hall Tuesday to demand cuts to the police budget. The Council voted on Tuesday night to cut the budget and reallocate those funds to education and social services within the next year.

However, some protesters were not satisfied with the hefty cut and returned to the zone in front of City Hall – dubbed 'Abolition Park' – on Wednesday to demand further cuts or a complete defunding of the force. 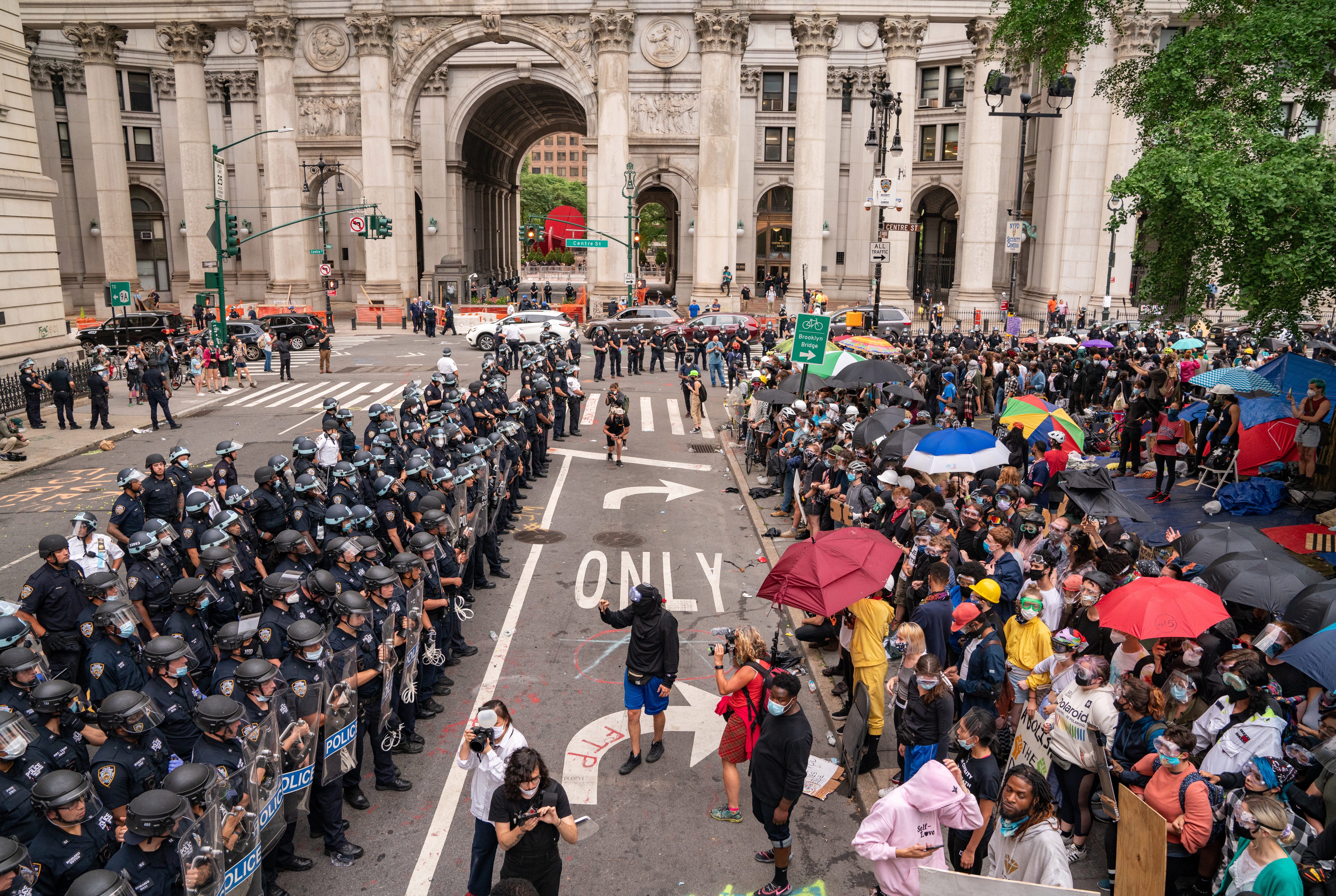 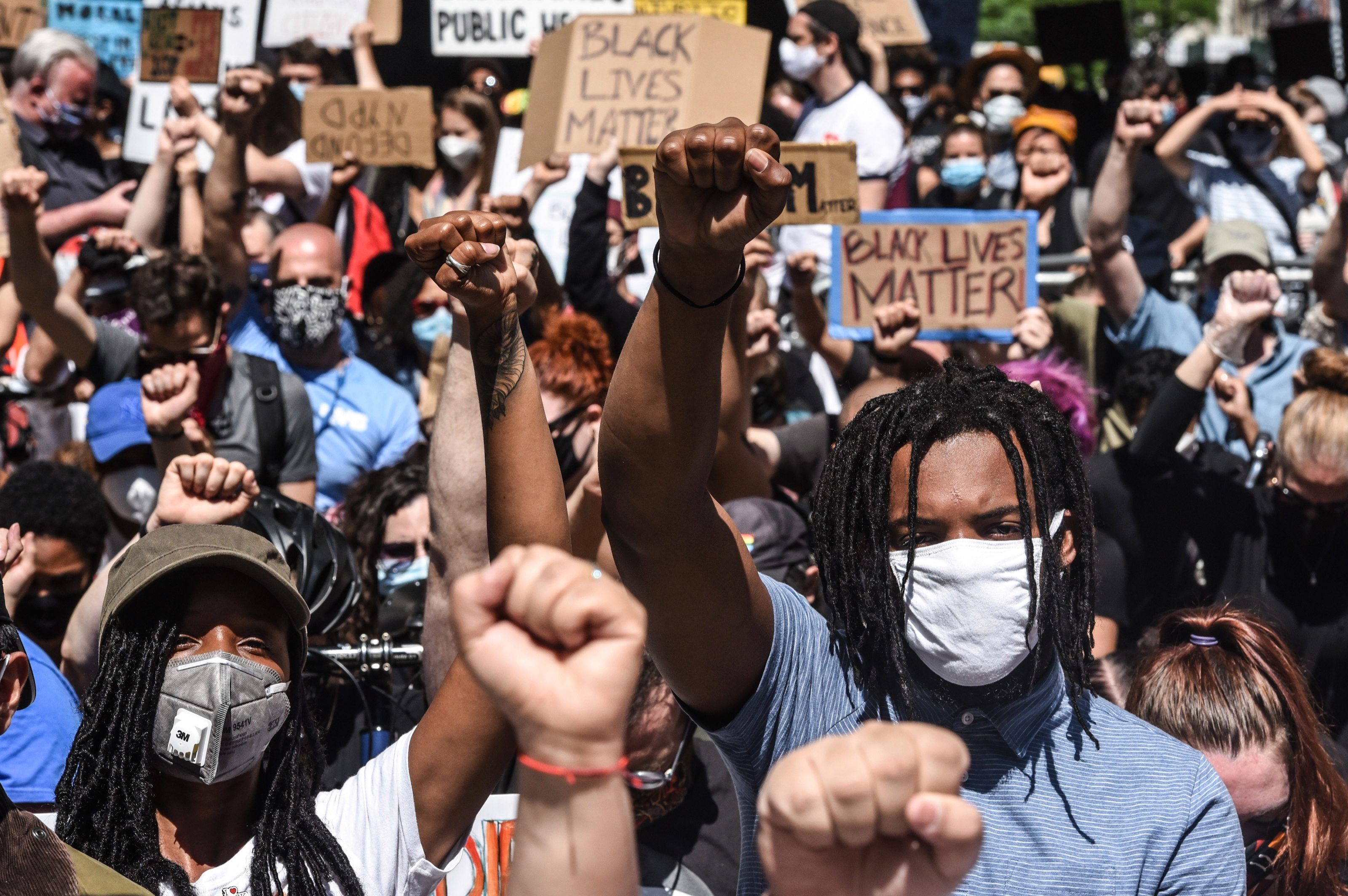 The funding cuts will stem from canceling a recruiting class – which was set to enlist nearly 1,200 new officers – next month, a reduction in overtime spending, ending school crossing guard and homelessness outreach responsibilities for police and putting desk officers on patrol.

For the first time since 1998, the force would no longer control public school security. 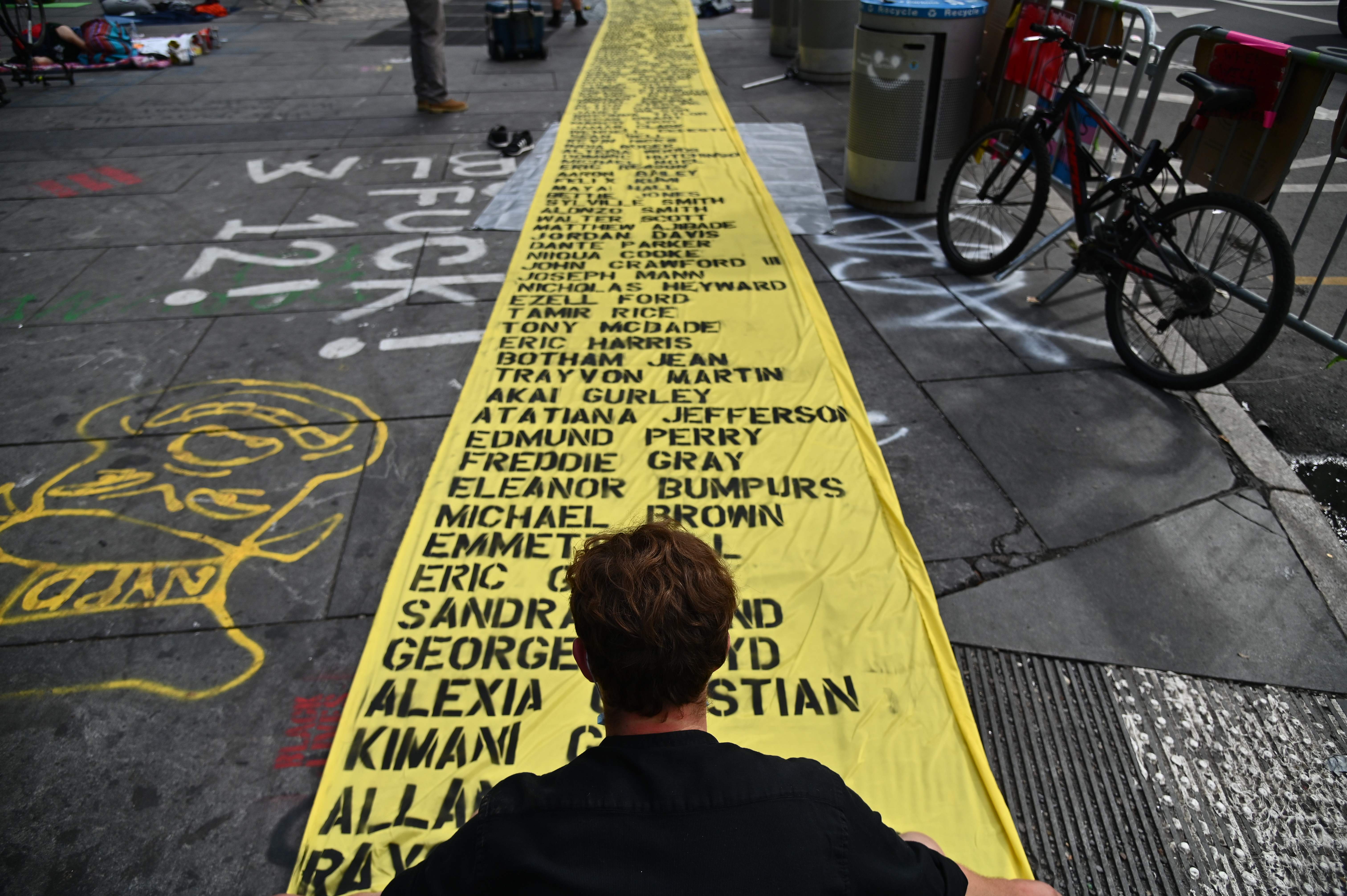 That money will instead go towards education and social services in communities hit particularly hard by the coronavirus pandemic, as well as summer youth programs.

Still, some Democrats and many protesters are not happy with the cut – saying more needs to be done.

Rep Alexandria Ocasio-Cortez praised protesters on Tuesday for bringing about the change, but said more issues must be addressed.

The city's Police Commissioner Dermot Shea said he was open to doing away with cops on school safety duty and other cuts, as long as the number of officers on patrol stayed the same.

"Cutting head count at a time of rising crime is going to be an extreme challenge for the men and women of this department," he said.