EXCLUSIVE – Who stole BBC’s forgeries? Fake bank statements that convinced Diana’s brother his own aide was betraying him to the press (and led to THAT interview) were swiped from forger’s flat

Vital evidence in the Princess Diana BBC interview scandal was stolen in a mysterious burglary, it was claimed yesterday.

Computer disks containing forged documents were allegedly swiped in a night-time raid on a London flat.

The break-in was at the home of Matt Wiessler, a graphic artist who had mocked up bank statements on behalf of Panorama reporter Martin Bashir.

It was only one of ‘a number of burglaries’ at the time, according to one source from the BBC flagship current affairs programme last night. It is the latest twist in the growing furore over ‘dirty tricks’ used by Bashir to land his historic scoop with the princess.

Millions of viewers watched her say ‘there are three of us in this marriage’ in her famous interview 25 years ago.

But this week the BBC has pledged a fresh inquiry after the Mail revealed claims by Diana’s brother that its reporter spun a ‘web of deceit’ to clinch access to her. 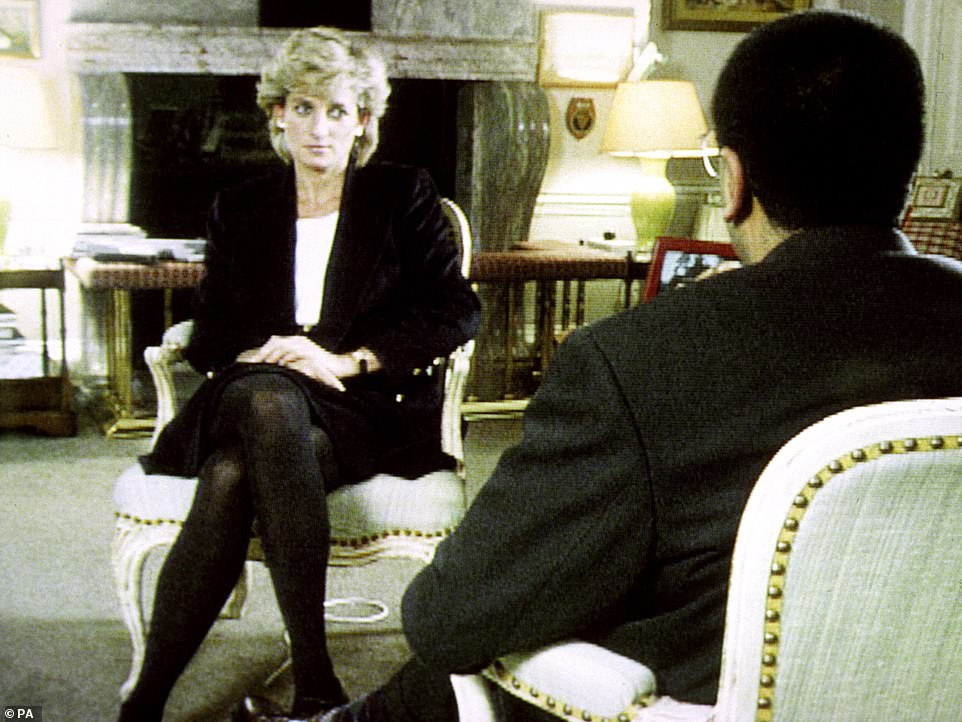 This week the BBC has pledged a fresh inquiry after the Mail revealed claims by Princess Diana’s brother that its reporter spun a ‘web of deceit’ to clinch access to her. Pictured, the Princess of Wales during her interview with Martin Bashir for the BBC

Earl Spencer has said Bashir showed him faked bank statements as part of a ruse to gain trust. The journalist had ordered BBC graphics designer Mr Wiessler to mock them up.

Yesterday multiple sources told the Mail Mr Wiessler became the victim of a mysterious break-in, in which his back-up copies of the bank statements were taken. The burglary is said to have happened on the night of the Panorama Christmas party in December 1995.

It was soon after Mr Wiessler had turned whistleblower. He had become concerned about his role in helping Bashir fake the documents and had flagged concerns to BBC managers.

The night of the party, Mr Wiessler had been invited out for a pre-party drink by someone at the BBC. That person then mysteriously failed to show up, according to one source who said: ‘Everyone was gathering at the Panorama Christmas party. 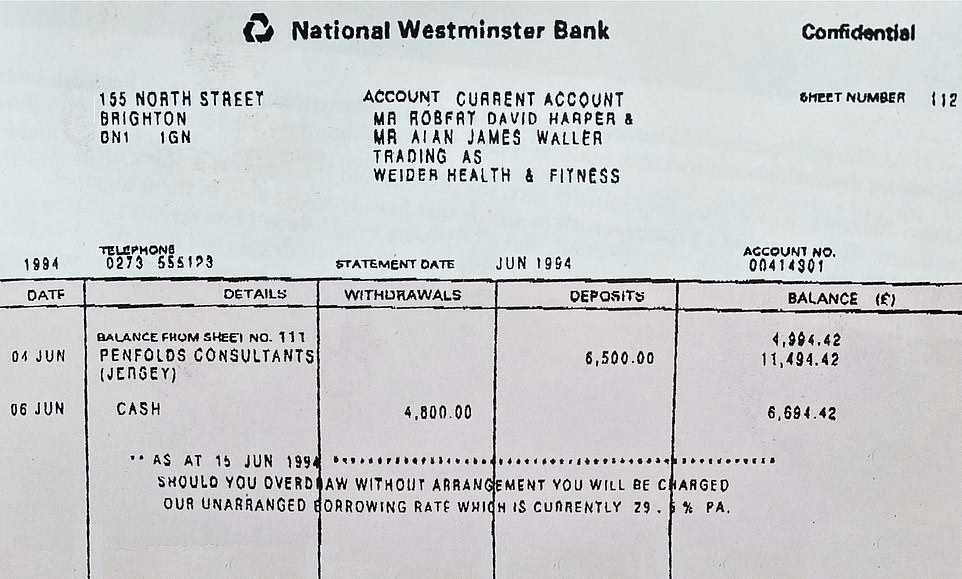 Computer disks containing forged documents (pictured) were allegedly swiped in a night-time raid on a London flat. The break-in was at the home of Matt Wiessler, a graphic artist who had mocked up bank statements on behalf of Panorama reporter Martin Bashir 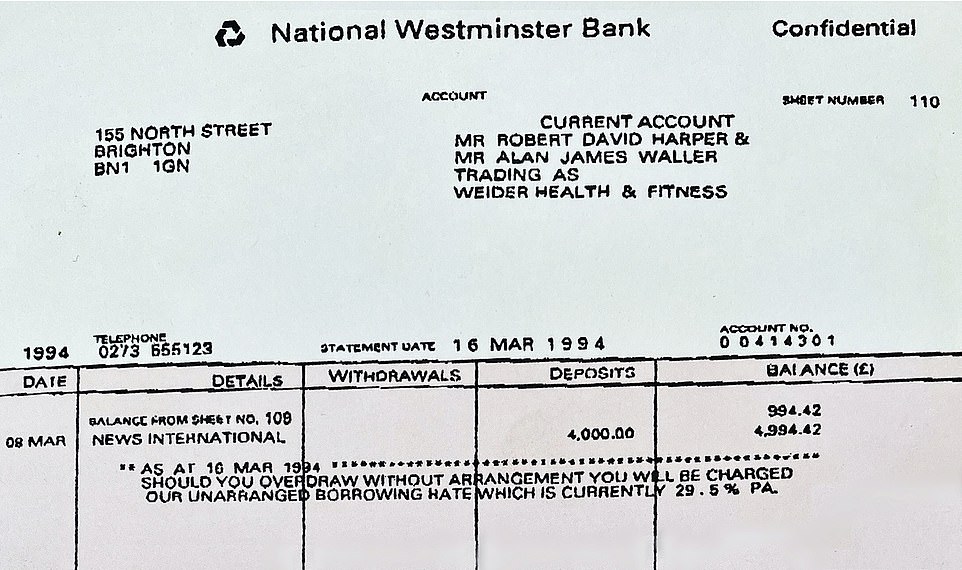 Pictured, Panorama’s fake bank statements that convinced Diana’s brother his own aide was betraying him to the press

‘It was in a pub near Blackfriars. From what I’ve heard, Matt Wiessler was invited out to a bar or restaurant somewhere else first. But he sat there alone, and no one showed up. It seemed that somebody had wanted to be sure he wasn’t at home.’

The next morning, Mr Wiessler discovered two green computer floppy disks – and nothing else – had been stolen from his London flat. He sent a message to a friend, seen by the Mail, saying: ‘Break-in at flat…green computer disks gone.’

He added of the thief: ‘The little b******.’ Last night the Mail confronted the BBC person whom Mr Wiessler had supposedly arranged to meet that night, and asked for a comment. 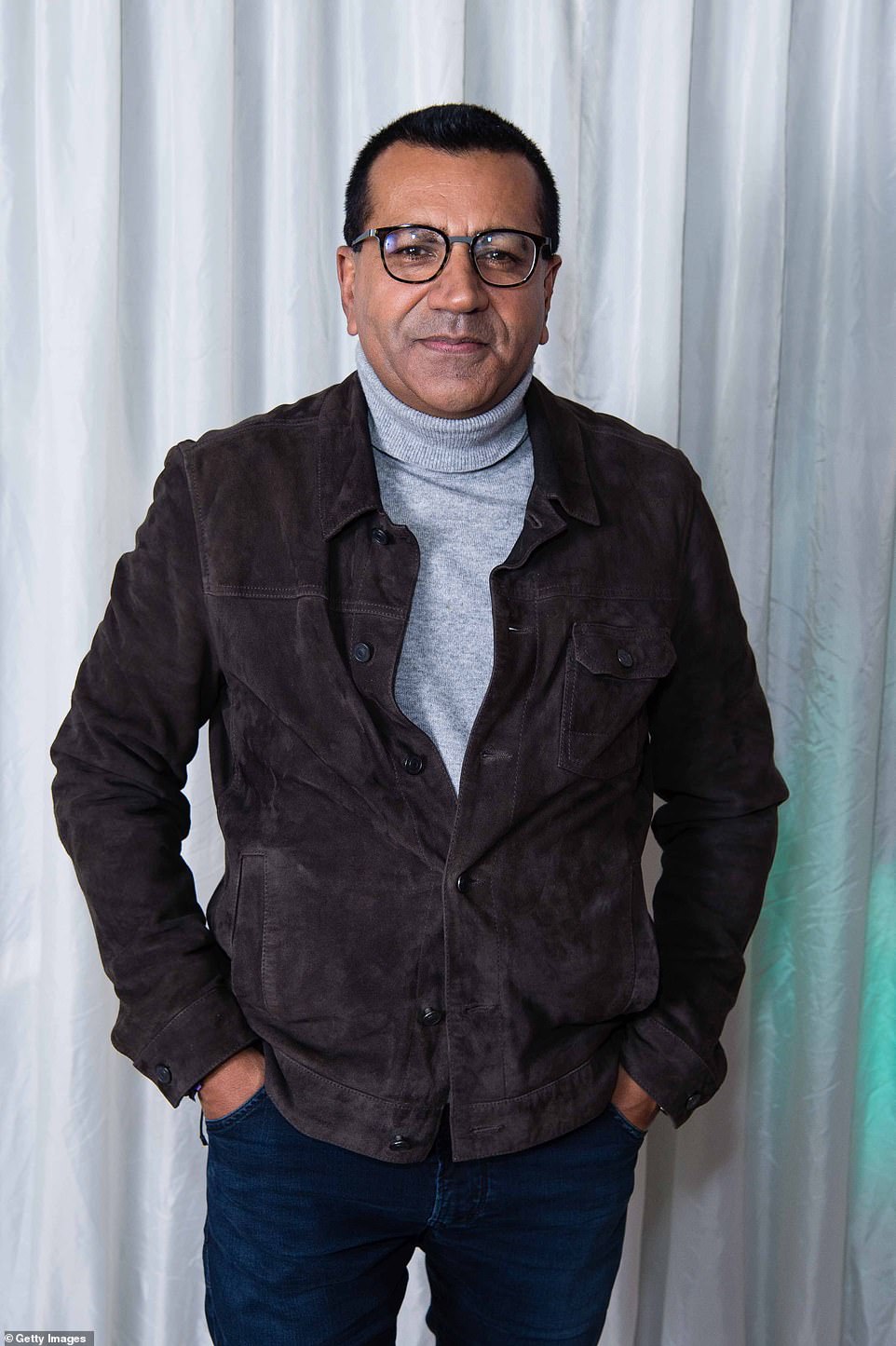 A friend replied on their behalf to say it was ‘the first’ they had heard of it, and that the person had ‘never done anything criminal’.

Timeline of a scandal

September 19 – He introduces Bashir to Diana at a flat in Kensington. Bashir, playing on the princess’s vulnerabilities, claims that MI6 is bugging her car and her home at Kensington Palace.

November 5 – The Panorama team arrive at Kensington Palace in great secrecy and conduct the interview.

November 20 – Panorama wins its largest ever audience – 23million – with the sensational programme.

Soon after the show is broadcast, Matt Wiessler, a graphics artist on Panaroma, tells his colleague Mark Killick that Bashir had told him to draft two faked bank statements. These purport to show payments of £10,500 to Allan Waller, Earl Spencer’s head of security.

Wiessler suspects that the faked documents were used to persuade Earl Spencer to introduce Bashir to his sister and to entice her to take part in the interview – because they would fuel Diana’s sense of paranoia.

December – On the night of the Panorama Christmas Party, Wiessler’s flat is burgled and the floppy disc containing the two fake bank statements is stolen. Killick’s flat is later also burgled.

April 7, 1996 – The Mail on Sunday details how the two faked bank statements were crucial factors in Princess Diana agreeing to the interview with Bashir.

April 29 – The BBC management board accepts Tony Hall’s investigation into Bashir’s conduct. Hall, the head of news and current affairs, and later director general, calls Bashir honest and contrite. But he insists that Wiessler, the whistleblower, will never work for the BBC again. He also pledged tough action against those who leak to the Press.

Later, the Mail’s source said: ‘Those disks contained dangerous evidence. As I heard it, they were taken in the burglary. It was a very odd affair.’ A second source who worked on Panorama at the time said several staff in the BBC current affairs department had been burgled during the same period, following Diana’s explosive confessions.

That source said: ‘It was strange. Eyebrows were raised. There were a number of burglaries at that time, of which [Matt Wiessler’s] was perhaps the most high-profile.’ Among other homes to be raided, it is understood, was that of Panorama producer Mark Killick.

He was an internal whistleblower who had raised concerns about Bashir’s fake bank statements with managers. Mr Killick, alarmed by what Mr Wiessler had told him about his ethical concerns, had alerted BBC chiefs but his warnings fell on deaf ears, with Panorama editor Steve Hewlett saying it was ‘being sorted’.

The break-ins all happened in the months following the Diana interview. The corporation made millions selling her confessions overseas, and it led to a crisis in the Royal Family.

The Queen ordered a hastening of the divorce between Diana and Prince Charles. Bashir bagged his scoop after approaching Diana’s brother Earl Spencer with the mocked-up bank statements which falsely suggested his head of security Alan Waller had been selling secrets to a newspaper.

According to Earl Spencer, Bashir also peddled vile and slanderous lies about senior royals and courtiers. He said he even claimed that Prince William’s new watch was a listening device to help MI5 spy on Diana – which he supposedly knew from ‘top sources’. Yesterday Mr Wiessler, 58, did not respond to requests for comment.

It is not known whether he reported the burglary to police at the time. The Metropolitan Police was unable to say whether there had been a report in 1995.

The BBC made no comment about the burglary claims. A spokesman said Bashir was unwell with Covid, but that in relation to the claims about him mocking up documents ‘the BBC has apologised’, adding: ‘We are happy to repeat that apology. And while this was a quarter of a century ago, we absolutely will investigate – robustly and fairly – substantive new information. We have asked Earl Spencer to share further information with the BBC. Unfortunately, we are hampered at the moment by the simple fact that we are unable to discuss any of this with Martin Bashir, as he is seriously unwell.’

Earl Spencer has demanded the new BBC director-general Tim Davie apologise because he believes he was tricked into introducing Bashir to Diana.

He said Mr Davie had so far only apologised for the bank statements forgery. But the earl said that was just the tip of the iceberg. He said Bashir has also invented claims the Queen was ill, that MI5 was eavesdropping on Diana and that both Charles and Diana’s private secretaries were spying on her in return for ‘very large sums’ from the security services – claims which were utterly false.

The BBC this week performed a U-turn saying it would open a new inquiry. Its initial inquiry into Bashir’s ‘unethical methods’ in 1996 by head of news Tony Hall, who became director-general Lord Hall until his retirement earlier this year, was condemned as a ‘whitewash’ by critics.

Earlier this week, the Mail exposed internal BBC documents which showed how Lord Hall had thrown Mr Wiessler to the wolves. Hall told BBC governors in 1996: ‘To produce such a graphic was unwise. He shouldn’t have done it’, adding Mr Wiessler ‘will not work for the BBC again’. Hall also said Bashir ‘wasn’t thinking’ but cleared him of any malpractice saying he was an ‘honest’ man. 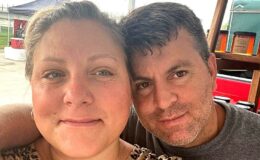