‘We got the messaging wrong’: Apology from expenses watchdog over Christmas party advice for MPs

The MPs’ expenses watchdog issued a grovelling apology last night over guidance it issued telling politicians they could hold Christmas parties on the taxpayer.

The Daily Mail revealed this week that the Independent Parliamentary Standards Authority (Ipsa) had given the go-ahead for MPs to expense their private staff festivities, providing no alcohol was included.

But the Prime Minister and MPs from all parties insisted they would not take advantage of the rules, especially amid the cost of living crisis. 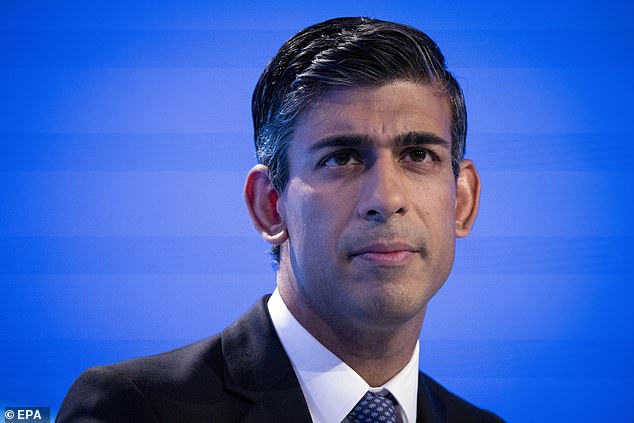 The Prime Minister and MPs from all parties insisted they would not take advantage of the rules, especially amid the cost of living crisis

Ipsa chief executive Ian Todd said last night: ‘We got the messaging wrong by allowing the impression to form that this is what MPs were wanting to do, rather than our interpretation of the discretion available under the existing rules.

‘I would like to apologise to those MPs and their staff who have had to deal with phone calls, emails and, in some cases, abuse as a result of our guidance.

‘In issuing it we also failed to recognise the public mood at a time of severe financial pressures. I am sorry for that.’

MPs were furious after Ipsa’s advice was disclosed, suggesting the guidance implied they were hoping to put Christmas party expenses on the taxpayer.

The watchdog confirmed that a number of MPs got in touch to say ‘they have never made such claims in the past and have no intention of doing so in the future’.

Tory MP Maria Caulfield said she ‘welcomes clarification from Ipsa that MPs do not use public funds for Christmas parties’, as did Leader of the House Penny Mordaunt.

On Tuesday, the Prime Minister’s official spokesman dismissed any suggestions that MPs of any party would take advantage, saying: ‘The Prime Minister certainly doesn’t intend to use this and his view is that MPs will want to justify all spending to their constituents.’

Senior Tories also criticised the watchdog. Former Brexit secretary David Davis said the guidance from Ipsa was ‘bonkers’. He added: ‘It has missed the mood of the age if that’s what they’re saying.

‘There are lots of things we have to spend taxpayers’ money on in terms of providing offices and services and so on. I’m afraid Christmas parties seem to me a bit of a strange pick, particularly this year of all years.’