REBEL Wilson showed off her slimmed-down figure in a pair of tiny jean shorts while on the set of her new movie, Senior Year.

The 41-year-old actress has been on a major health journey the last couple of years and revealed she’s had a 60-pound weight loss. 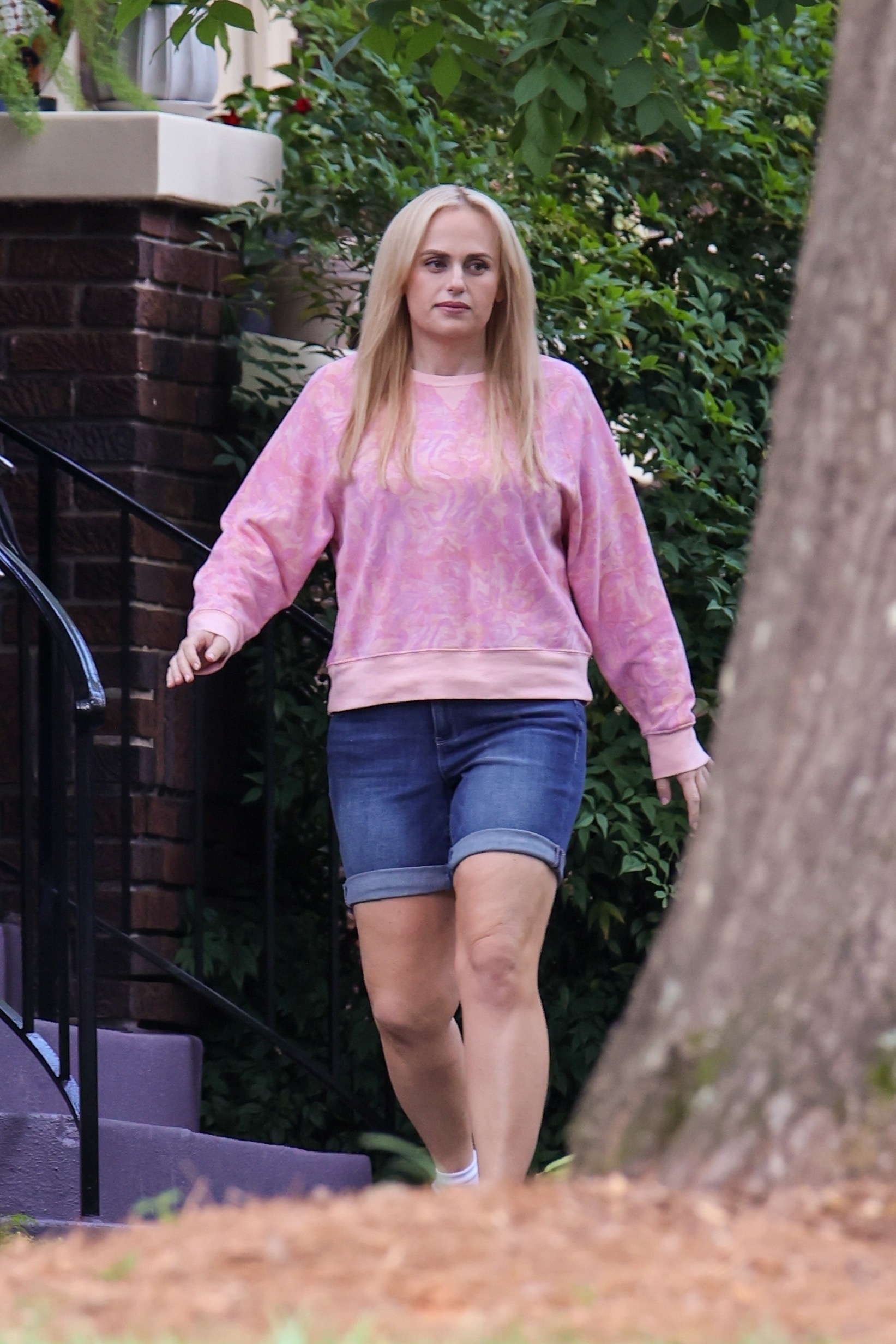 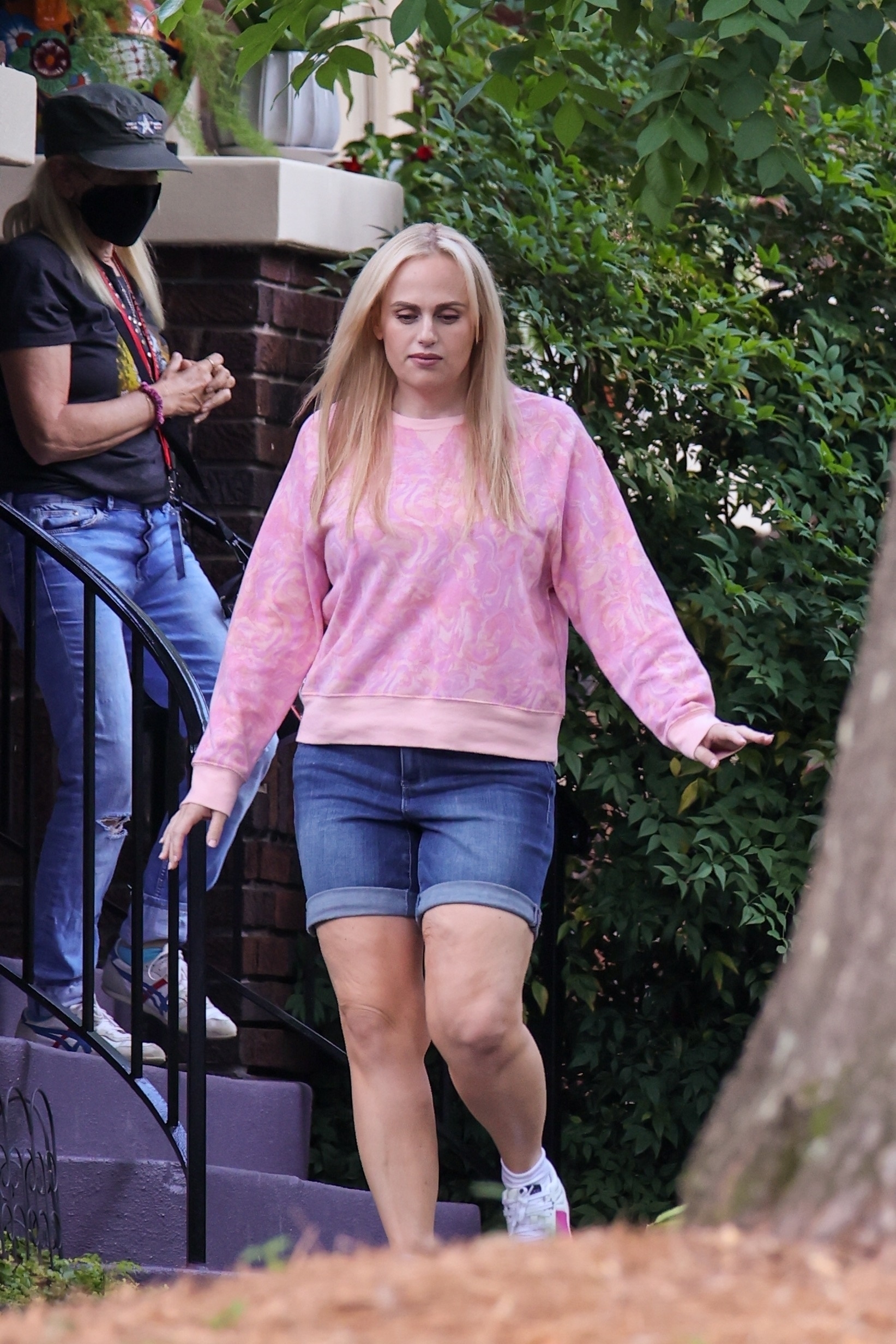 While shooting the new comedy in Atlanta, Georgia, Rebel flaunted her trim body in a pair of Bermuda-style jean shorts, showing off her toned legs.

On top, she wore a pink, crew-neck sweatshirt that stopped right at her hips. 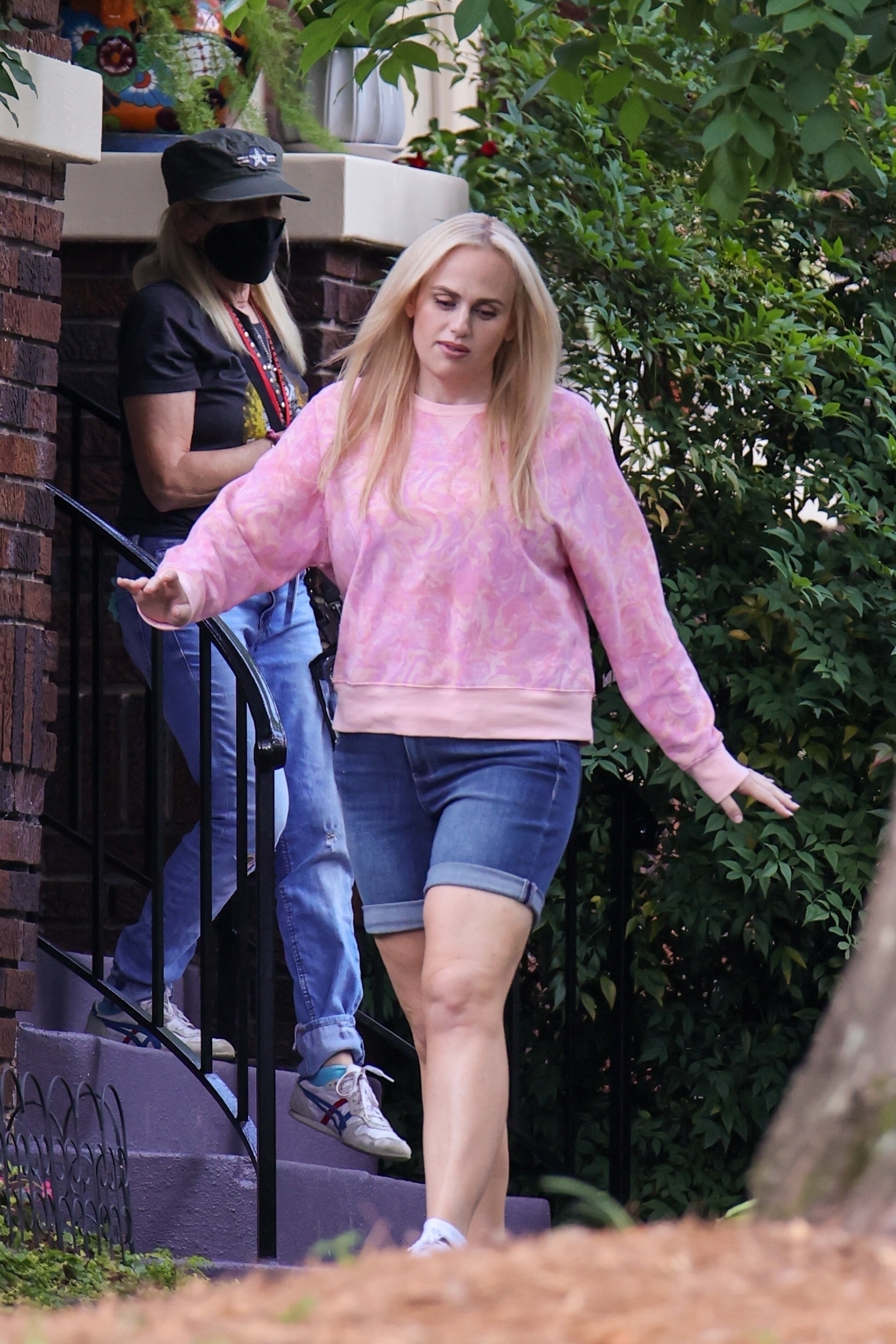 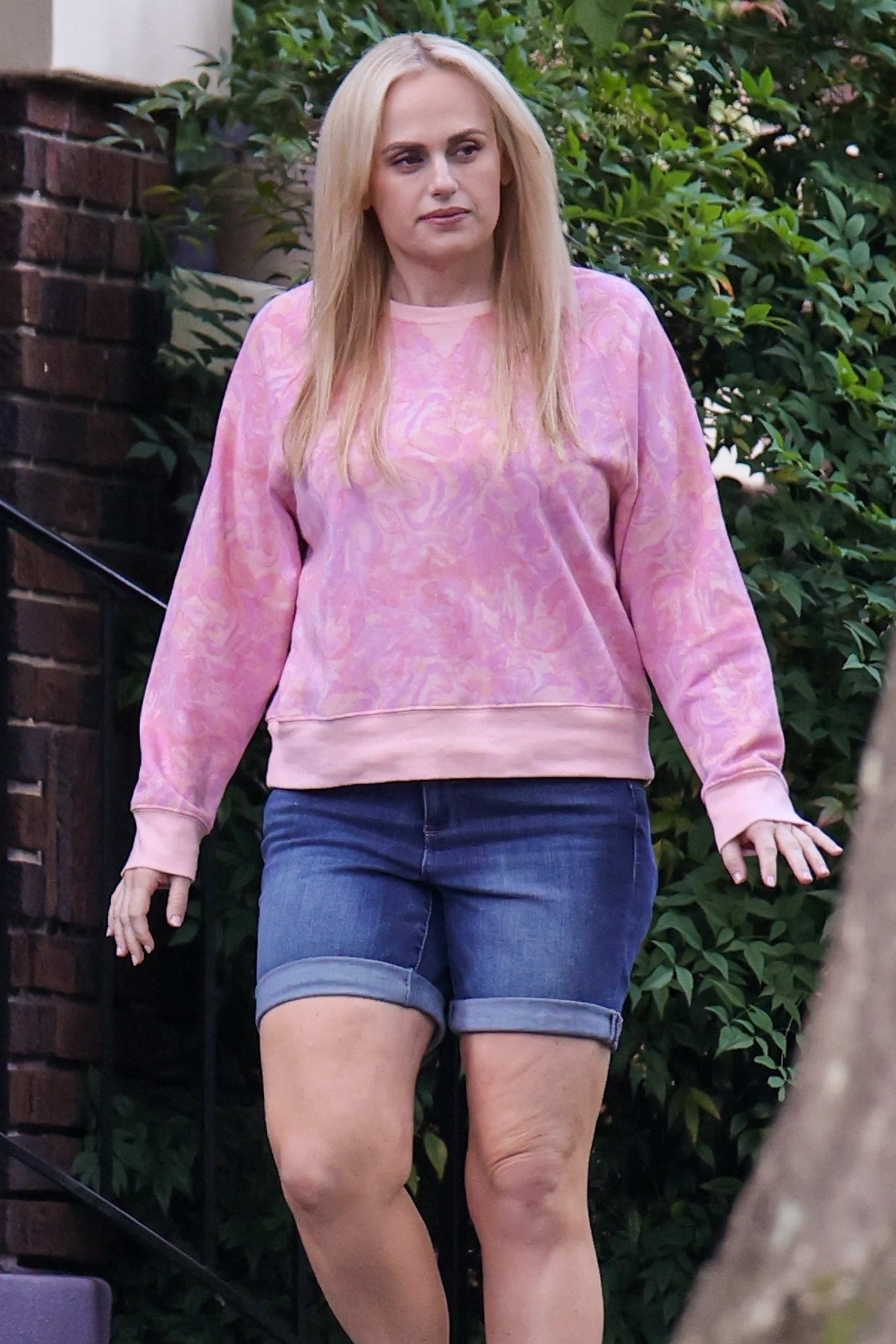 The actress’ blonde hair was styled in a sleek, straight look, with a slightly off-center part.

According to Deadline, Senior Year “follows a cheerleader who wakes up after a 20-year coma and returns to high school to try to regain her status and claim the prom queen crown that eluded her.” 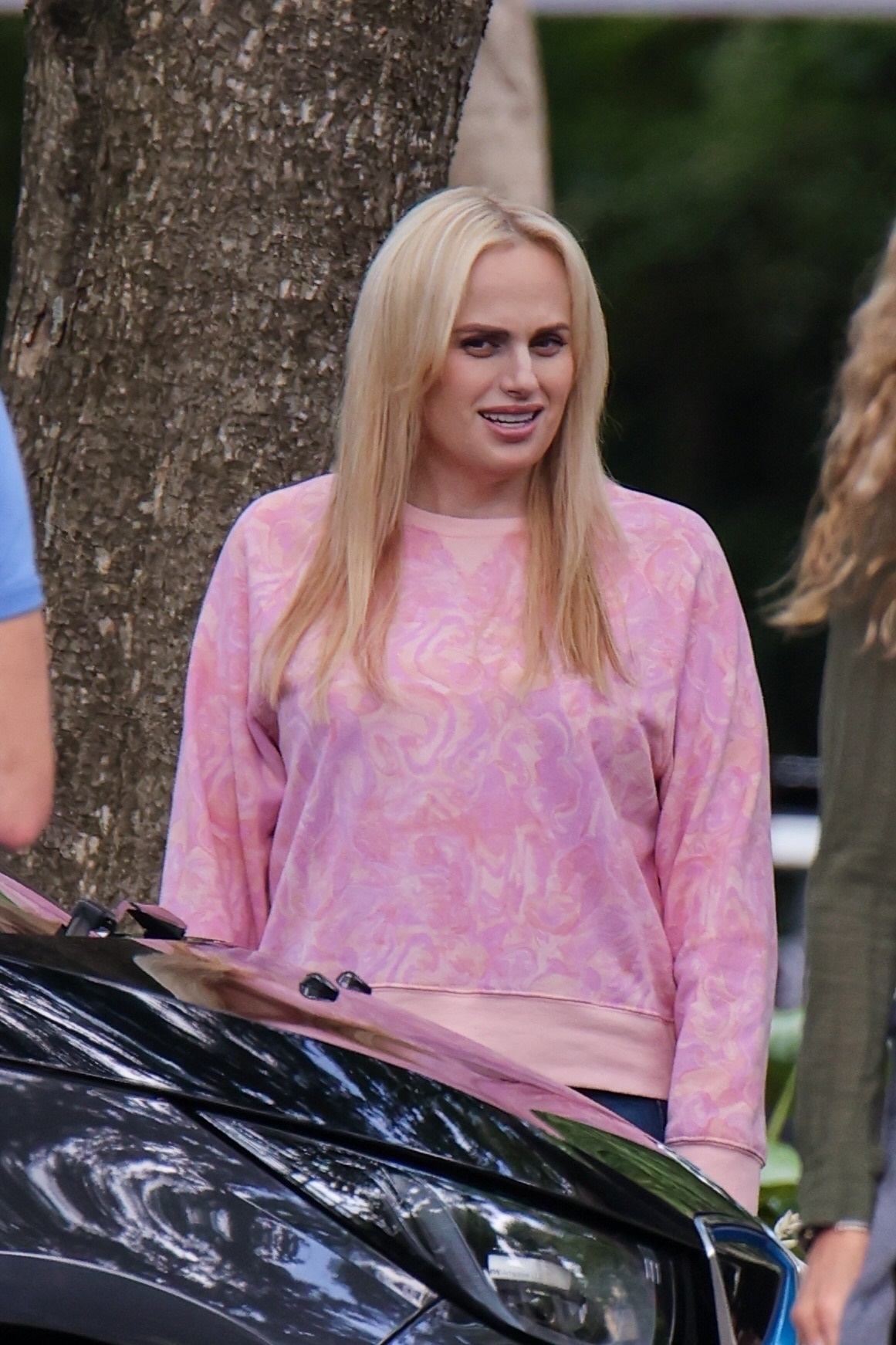 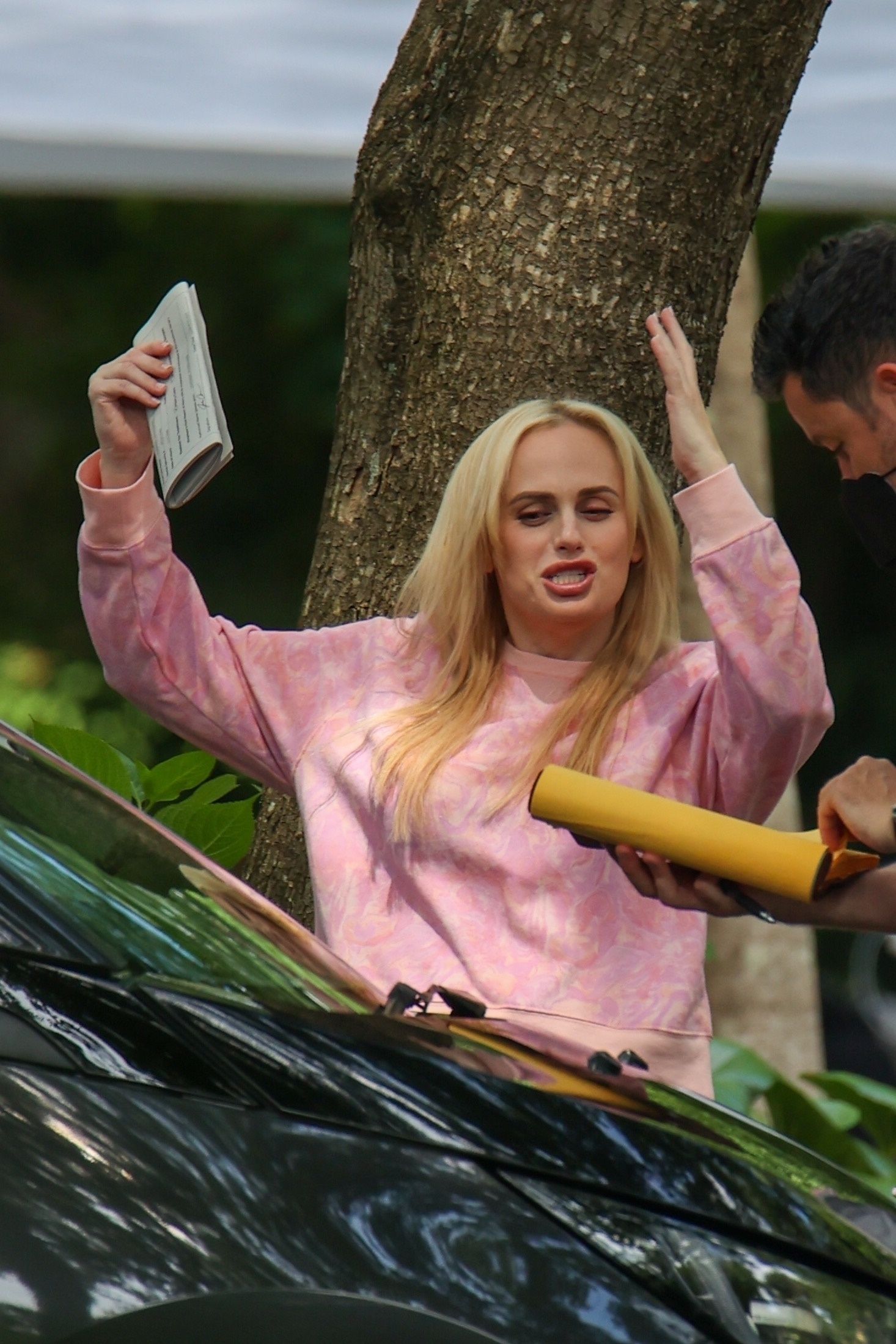 Late last month, Rebel hit the beach in Florida took soak up some sun in a cleavage-baring black swimsuit ahead of her new project.

The Hustle star donned a skin-tight black one-piece with a deep-v detail and Givenchy slides for the day.

“Palm Beach-ing. I think I wanna move to Florida now,” she captioned the post.

The Sydney native, who currently has a home down under as well as in LA, marked 2020 as her "year of health."

After dropping an impressive 60lbs, Rebel confessed she regrets not shedding the pounds and getting into shape sooner.

In a conversation with InStyle, she revealed: "Now that I know I can do it, sometimes I feel sad that I didn't do it earlier.

"Maybe I should have tried when I was 30, not 40. But everybody's journey is different, and it's not a race or competition.”

She decided she would hit the gym more frequently and "avoid sugar and junk food." 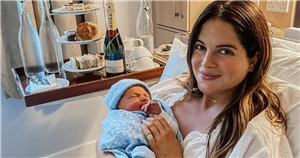