Theatrical distribution took another hit, as streamer Netflix acquired “The Mitchells vs. the Machines” (formerly “Connected”) from Sony Pictures Animation. The sci-fi comedy from Oscar-winning producers Phil Lord & Chris Miller (“Spider-Man: Into the Spider-Verse”) was originally scheduled for release last October 23 but postponed because of the pandemic. It will now stream later this year under its original title (scripted by director Mike Rianda of “Gravity Falls” fame and co-director Jeff Rowe), and will not compete in this year’s awards season.

“We are overwhelmed by the enthusiasm Netflix has expressed for this movie with this acquisition and grateful to everyone at Sony for making a great picture with us and finding a big way to bring it to audiences,” said Lord & Miller in a prepared statement. “We’re really proud of the film we all made together, plus we understand our subscription fees are waived in perpetuity as part of the deal? We’re not lawyers but it does sound right to us.”

Added Rianda: “This is a very personal movie about my very weird family. I’m so grateful to all the incredible artists that poured their love and passion into this project to make it a reality, and to everyone at Sony who believed in us and were on board to make a different kind of animated movie. I’m so thrilled that everyone at Netflix has been totally in sync with us creatively and are just as excited about the movie as we are. Not only because it’s an original story with a creative visual style that we’re extremely proud of, but also so I can prove to my friends that this five-year journey wasn’t an elaborate delusion on my part.” 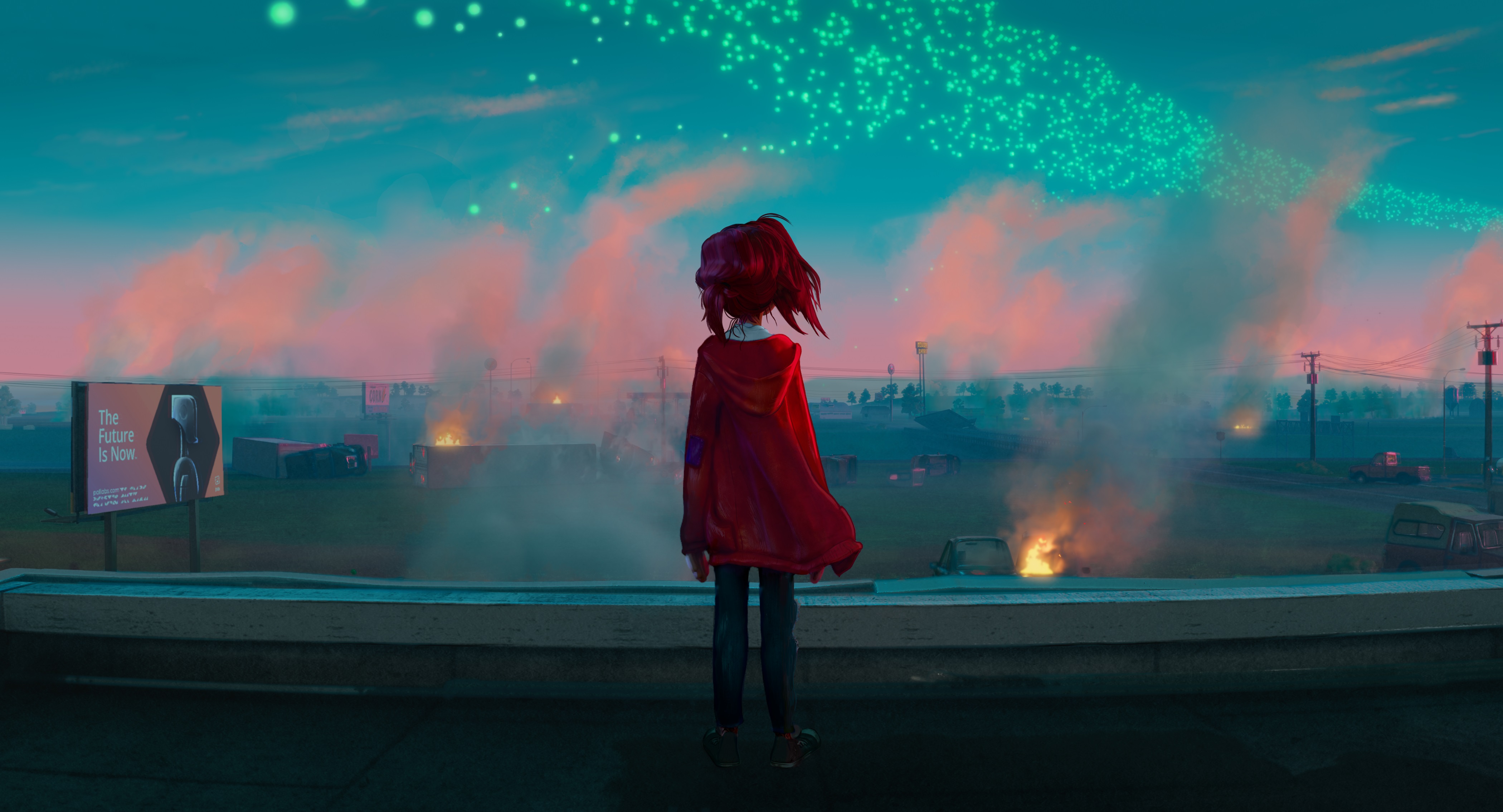 “The Mitchells vs. the Machines” concerns an everyday family’s struggle to relate while technology rises up around the world. When Katie Mitchell (voiced by Abbi Jacobson), a creative outsider, is accepted into the film school of her dreams, her plans to meet “her people” at college are upended when her nature-loving dad Rick (voiced by Danny McBride) determines the whole family should drive Katie to school together and bond as a family one last time.

“We want Netflix to be the place where families can come and enjoy stories together,” said Melissa Cobb, the streamer’s vice president of Original Animation. “And while we know no two families are the same, we think The Mitchells will immediately endear themselves to yours.”

“We wanted to make a movie where the artists…have a say and the best idea wins,” Rianda told IndieWire during Annecy 2020 Online. Rianda impressed Lord & Miller and took his “insane family and technology as inspiration” by combining a childhood fascination with robots and how modern tech has created robot security guards. “What is great about humanity that can’t be replaced by robots? What is important about technology that is going to pull us together…or pull us apart?,” he added.

The Sony team leveraged the new tools from “Spider-Verse” to juxtapose painterly/watercolor elements in the “human world” with the clean, calculated perfection of the “robot world.” Additionally, they cleverly used 2D pop-up animation for Katie’s POV (internally called “Katie Vision”). “When we started, we were like The Bad News Bears…none of us had much experience and the movie wasn’t a sequel or pre-existing property, but we sort of willed this thing into existence,” added Rianda.

The addition of “The Mitchells vs. the Machines” certainly bolsters Netflix’s 2021 animated feature slate, which also includes the comedy adventure “Back to the Outback,” animated by Reel FX; “Wish Dragon,” a U.S.-China co-production, previously acquired from Sony Pictures Animation; two Nickelodeon TV spin-offs: “The Loud House Movie” and “Rise of the Teenage Mutant Ninja Turtles Movie”; and “Troll Hunters: Rise of the Titans” from DreamWorks.

It’s all part of an ambitious plan to dominate animation and to outpace Disney in family entertainment, which is why the streamer has gone on a spending spree and leased 171,000 square feet in Burbank last year for a dedicated animation studio. “We’re on a path to be releasing six animated features a year, which no major studio has ever done, on top of the very healthy slate of animated series,” said co-CEO Ted Sarandos.