There’s a new cutie walking the halls of Creekwood High this season on Love, Victor: Rahim, played by Anthony Keyvan. Introduced as the new bestie of Victor’s younger sister, Pilar (Isabella Ferreira), Rahim is gay, Iranian and the best-dressed kid in Shady Creek, who’s figuring out his own coming out story.

Episode 6, “Sincerely, Rahim,” sees Rahim reach out to Victor (Michael Cimino) for advice on coming out to his conservative Muslim parents. It’s a full-circle moment for Victor, who finally graduates to gay mentor after a season spent under Simon’s tutelage.

“The student becomes the teacher,” Keyvan says. “It’s really cool that he was able to learn from his own experiences and provide a little bit of guidance for someone else going through the same thing. And that’s really what the show is all about. I was excited to get to tell the same story, but different.”

Some encouraging advice leads to a new friendship (complete with an adorable karaoke scene to Justin Bieber’s “Holy”) and maybe something more. (Let the shipper war commence!) ET’s Leanne Aguilera hopped on Zoom with Keyvan to talk all things Rahim, the season 2 scene that got cut and his hopes for the future: “I don’t think it’s the end of Victor and Rahim’s story,” he says. “I don’t, at all.”

ET: What did you know about Rahim going into the audition? Did you know much about the character before you landed the role?

When I got the call that season 2 was starting up and that casting wanted to see me, I only got the breakdown. At first, the character’s name was Cyrus, and it said, “Cyrus, 16, student at Creekwood, queer, at the start of his coming out journey, Iranian-American.” And I was like, “I can definitely work with this.” But honestly, there wasn’t much to know about the character until I was there. I was getting my fittings done and learning what his wardrobe is like and doing the rehearsal and just figuring it out on the day. It was a lot of collaboration and a lot of talking with the other cast members and just kind of figuring it out as we were going. And then that was it. That was Rahim. On the first day, I got there, I dressed up in his outfit and I was like, “OK, I know exactly how I should do this.”

I feel like Rahim is a huge reason why the character of Pilar softened and brightened a little bit in season 2. Would you agree?

I definitely agree. I think Pilar and Rahim bring the best out of each other. I love the dynamic that they have. Rahim is trying to get her out of her comfort zone, and Pilar’s the same. Rahim is starting this new journey of becoming who he is, and Pilar is there to nudge him in the right direction sometimes. I really love that between the two of them. 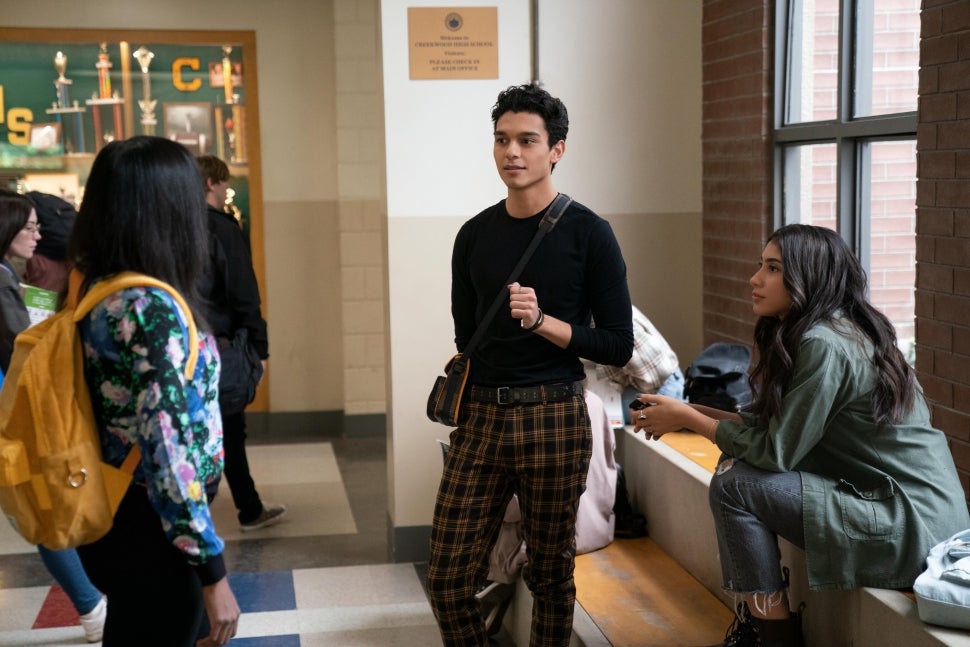 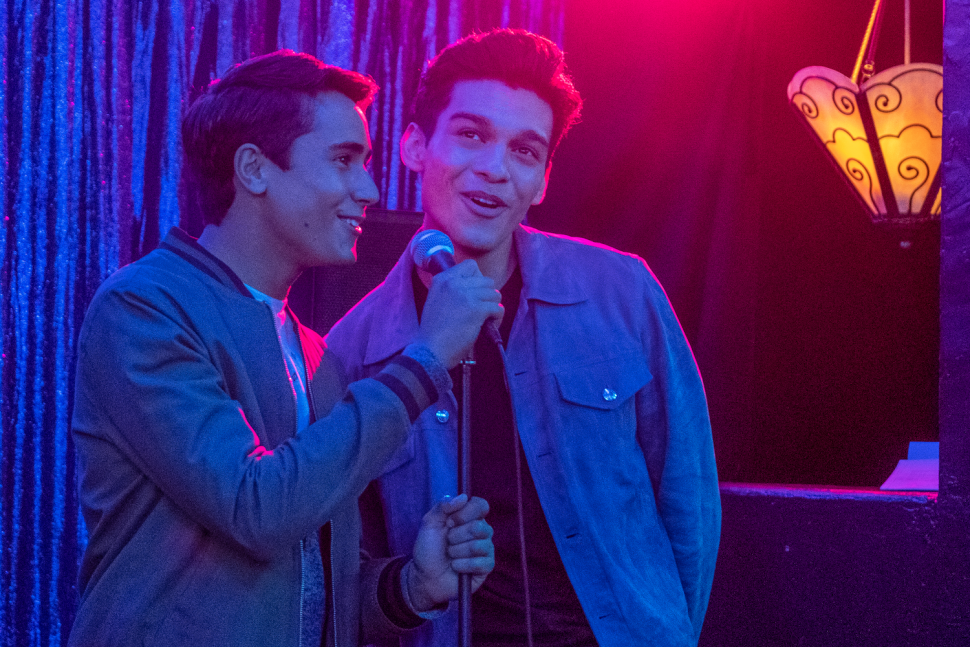 Rahim and Victor are able to bond not only over what it’s like to be a gay teen but also a gay teen who isn’t white. We still aren’t seeing enough stories about the LGBTQ+ community, but this is one that definitely needs more representation. What does it mean to you to be a part of that?

I definitely agree with you on that. I think that there should be more stories told for people of color who are part of the LGBTQ+ community. To be one of the first is really, really, really cool, because it’s one thing to see people of color portraying queer stories and characters, but it’s another thing to see people of the Muslim-Islamic background portraying a person who is LGBTQ+. Because that’s something that’s, like, forbidden in those cultures. So, to be able to be that for someone out there, who is Muslim or Iranian or whatever, Middle Eastern especially, I think it’s really special. Those stories I haven’t seen before. I’ve been getting DMs from people who are like me, Iranian kids and stuff, and they’re just like, “Thank you for this.” I think it’s really, really special, and I’m just so grateful to be that for someone.

Well, I was happy to hear that Rahim’s parents took his coming out well, but I really wish that we had seen that scene!

I did too. I think they were planning on doing that, but because of COVID and schedules were shifting, we just had to shoot what we could. I’m really hoping that in season 3 — crossing my fingers we get a season 3 — they’re able to touch more upon that. I know casting reached out to me, and they were like, “Do you think your dad could audition or something?” And we sent a headshot, like, I literally took a picture of him in the backyard of our house and sent it to them. So, I think they are interested in diving deeper into Rahim’s family life. I hope. Because we did talk about it. But I totally agree. I wish there was a little bit more to it, but I think with what we got, we were able to show what we needed to.

Let’s make season 3 of Love, Victor a family affair! I was talking to Mason [Gooding] and he was like, “Maybe my dad should play my dad.”

Right? I just talked to him about that too. He was like, “Yeah, let’s ask Cuba!”

There are so many cute moments between Victor and Rahim this season. I was not anticipating being as smitten by these two as I became, but their karaoke scene just sealed the deal for me. Michael said he had so much fun recording that song with you. What was it like for you?

It was so much fun and probably one of my highlights of filming the season. It was really nerve-wracking for me, because Michael has a musical background, and I knew that he would be able to carry it if I couldn’t. I went into the recording studio, and we rehearsed a couple of times and I kind of got a little bit warmed up and it ended up being really, really good. Not to toot my own horn or anything, but I’m really impressed!

I think it could top Spotify, I really do.

That would be awesome. That was definitely one of my favorite scenes as well. I really had a good time shooting that and recording the song. Like, it was a dream. It was really fun.

Like I said, I was totally like Team Benji heading into the season, but I was really taken by the ease that Rahim and Victor have together. How do you think the fans are going to react to Rahim?

I definitely think the fans are going to be a little shocked. I’ve already seen the comments and they’re like, “I hope this guy doesn’t come in between Victor and Benji!” I think they’re going to be a little shocked, because Victor has been trying so hard with Benji throughout season 1 and season 2. But that’s what makes good TV, right? Twists and turns. I really do think that people will see that Rahim didn’t mean to get in between them — it just kind of sort of happened — and that’s what a beautiful love story is, where it just falls into place and there’s no work involved. I’m hoping for the best. I really think people are going to like the dynamic that Victor and Rahim have. I mean, I am a little biased, but I love the dynamic that they have, and I think they’re really great for each other.

I was not expecting to just like completely jump ship, but here I am capsizing. What is their ship name?

I’ve been thinking about that. I guess it would be, like, Rictor? Or Virhim? That sounds a little like vagine, nevermind. [Laughs]

I mean, “Venji” doesn’t necessarily sound that pleasing either.

What do you want to say to fans once they’ve binged season 2?