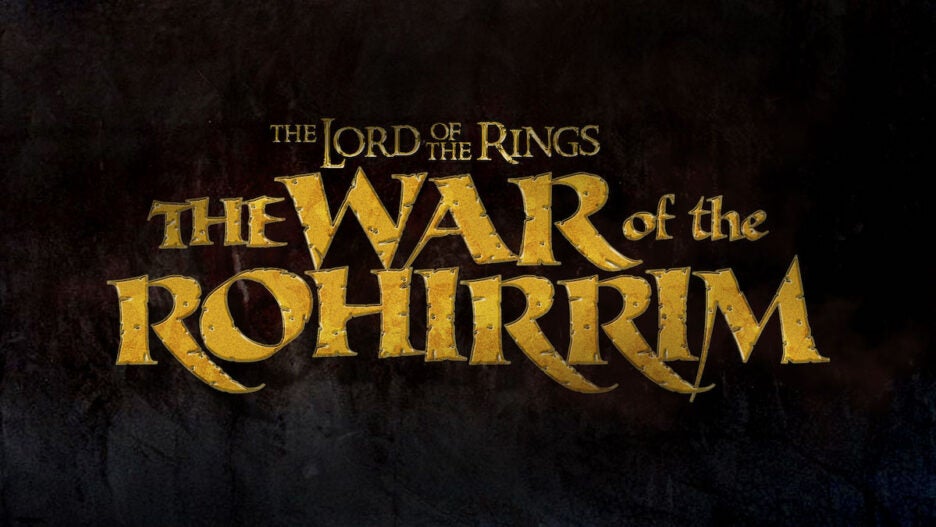 A new “Lord of the Rings” movie is in the works. “The War of the Rohirrim” will be an animated prequel film set before the events of the main trilogy.

New Line Cinema, the studio behind Peter Jackson’s Middle-earth-shattering “Lord of the Rings” films, is returning to J.R.R. Tolkien’s source material for the first time since “The Hobbit” movies, and teaming up with Warner Bros. Animation on the new project. The studio is even recruiting Philippa Boyens, who was on the original trilogy’s screenwriting team, to serve as a consultant on “The War of the Rohirrim.”

Kenji Kamiyama, known for “Blade Runner: Black Lotus” and “Ghost in the Shell: Stand Alone Complex,” will direct. Jeffrey Addiss and Will Matthews (“The Dark Crystal: Age of Resistance”) are writing the screenplay. Joseph Chou is producing the film. 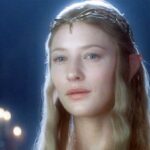 While the project is still in its early days, New Line is fast-tracking the “Lord of the Rings” anime and intends for it to be a worldwide theatrical release from Warner Bros. Pictures. Animation work is already being done at Sola Entertainment, and voice casting is underway.

“Lord of the Rings: The War of the Rohirrim” is set roughly 250 years before the events of “The Fellowship of the Ring” and follows the story of Helm Hammerhand. Casual “LOTR” fans may recognize that name for Helm’s Deep, the fortress that serves as the setting for the epic battle at the end of “The Two Towers.” But diehard Tolkien fans will know that Hammerhand was once a legendary King of Rohan. Tolkien described events of his life in appendices from the books, but the specifics of his story were never outlined.

The screenwriters will honor Tolkien’s original vision while expanding the story of the legendary King of Rohan, telling the story behind the fortress of Helm’s Deep and delving into the life and blood-soaked times of one of Middle-earth’s most legendary figures. And though the film is meant to be a standalone movie, its story and artistic elements will connect back to Jackson’s original trilogy. 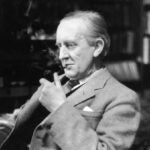 New Line Cinema returning to “Lord of the Rings” is a big deal for the studio, both as “The Fellowship of the Ring” celebrates its 20th anniversary and as the franchise remains the studio’s crown jewel. The six films grossed well over a billion dollars at the worldwide box office and “The Return of the King” remains tied for the most Oscars in the history of the Academy Awards, sweeping the 2004 ceremony with 11 wins.

It’s also notable as Amazon is in the works on its own (very expensive) “Lord of the Rings” series. That project is set thousands of years before the events of Tolkien’s books, at a time when Middle-earth was in a period of relative peace and some of the long-standing powers that be were finally formed.

“All of us at New Line feel a deep affinity for the extraordinary world J.R.R. Tolkien created, so the opportunity to dive back into Middle-earth with the team at Warner Bros. Animation is a dream come true,” Carolyn Blackwood, chief operating officer at Warner Bros. Pictures Group, and Richard Brener, president and chief creative officer at New Line Cinema, said in a joint statement. 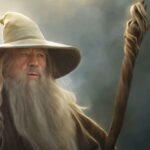 They continued: “Fans know Helm’s Deep as the stage for one of the greatest battles ever put to film and, with many of the same creative visionaries involved and the brilliant Kenji Kamiyama at the helm, we couldn’t be more excited to deliver a fresh vision of its history that will invite global audiences to experience the rich, complex saga of Middle-earth in a thrilling new way.”

“This will be yet another epic portrayal of J.R.R. Tolkien’s world that has never been told before. We’re honored to partner with much of the incredible talent behind both film trilogies, along with new creative luminaries to tell this story,” Sam Register, president of Warner Bros. Animation, added. “And so it begins.” 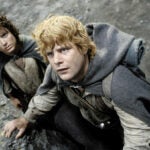