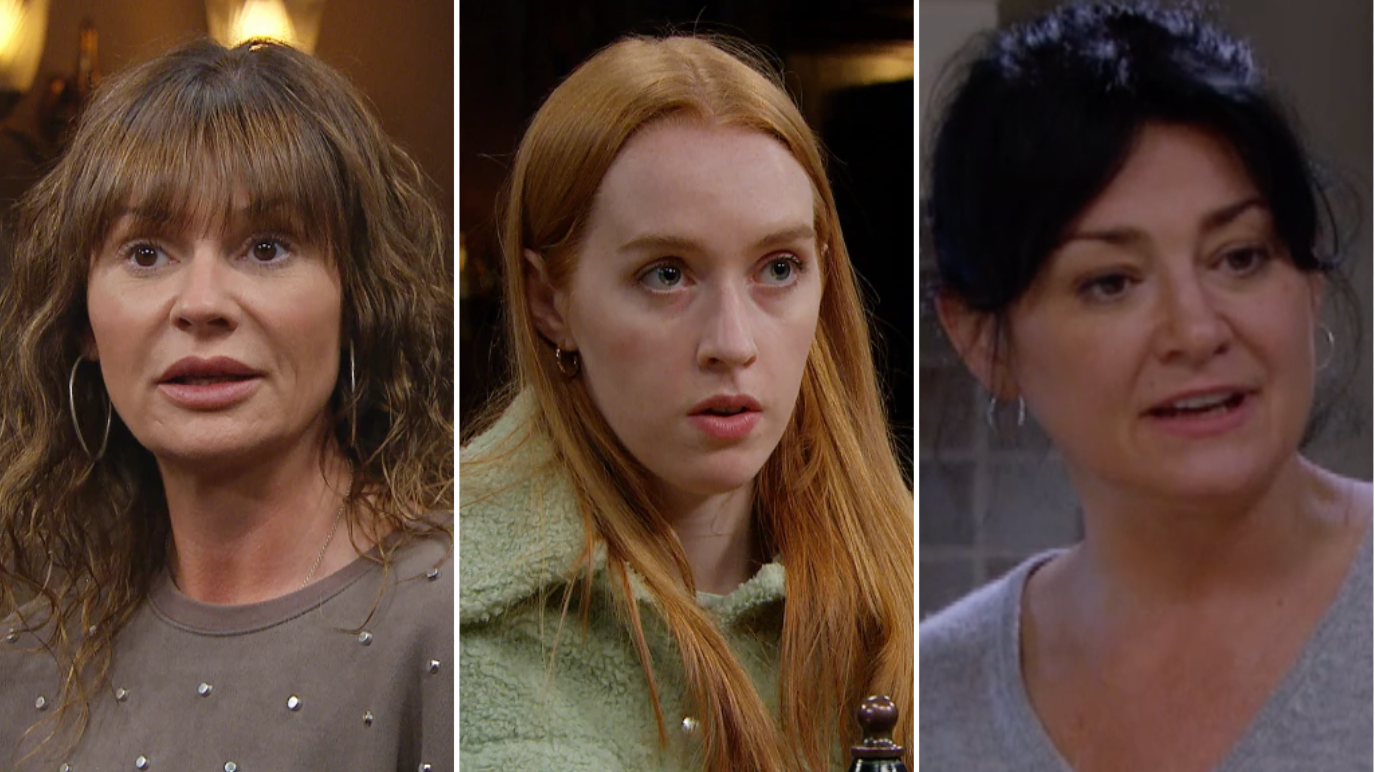 Chloe (Jessie Elland) finally dropped her theory that Priya (Fiona Wade) had been the woman Al (Michael Wildman) was secretly seeing behind Kerry (Laura Norton)’s back in tonight’s Emmerdale, as Priya produced plenty of evidence to prove her innocence.

Going through Al’s bank statements, Priya pointed out that when Al and his secret lover had been meeting in hotels and restaurants, she’d been elsewhere and couldn’t possibly be the culprit.

This left Chloe to come up with another theory, and this time her detective skills were a little more finely-tuned. What had made Cain (Jeff Hordley) so angry that he’d want to kill Al, she wondered. And why had Moira (Natalie J. Robb) left the village so soon afterwards? There was an obvious conclusion: Cain had discovered that his wife was sleeping with Al.

She went to the Woolpack to share her findings with Chas (Lucy Pargeter). ‘From what I know of Cain, he’d only kill for a reason. Well, two reasons,’ she said. Chas was not ready to hear what was going to come next, sure that Chloe had worked out the truth about her and Al.

But Chloe had once again gone down a slightly wrong path and announced that she thought Moira was the culprit. ‘She already had an affair with Nate (Jurell Carter) and if she can sleep with the farm-hand under her husband’s nose she can definitely go there with Al.’

There was a mixture of shock and relief for Chas and she had to sit down. Chloe said she was telling her because when the truth came out it could affect Cain’s case.

‘You can’t share this with anyone,’ Chas said. ‘Al’s dead and Kerry’s made up her mind to move on. Say it is Moira – what are you hoping to achieve?’

Meanwhile Paddy (Dominic Brunt) was busy planning a holiday for him and Chas because he’s worried about her mental health. ‘This is more than just grief for Liv (Isobel Steele) and your mum,’ he told her as they sat outside. ‘You’re blaming yourself and you’re not letting things go.’

It’s going to be a long time before Chas can move on from this, and in the meantime she carries on hurting anyone who risks getting near the truth – with Chloe just the latest victim.