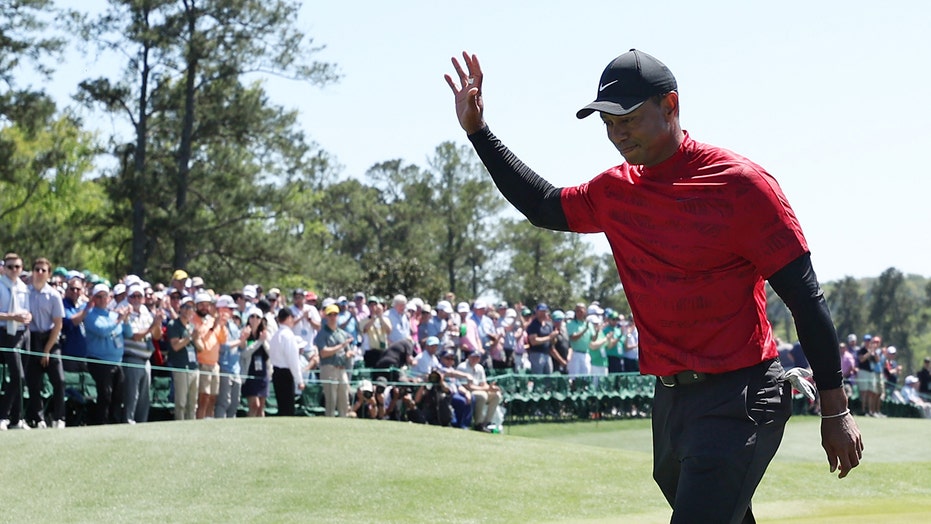 Against all odds, Tiger Woods played all 72 holes at the Masters this weekend in his first tournament at Augusta National in nearly two years.

Woods made the cut after the first two rounds and essentially the entire world watching him. The final two rounds weren’t ideal as he shot back-to-back 78s which were the highest scores he’s ever shot at Augusta. He finished 13-over par and toward the bottom of the leaderboard when his fourth round was over. 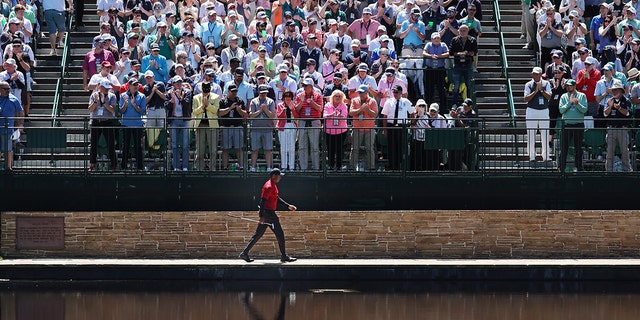 Tiger Woods walks across the Sarazen Bridge to reach the 15th green during the final round of the Masters at Augusta National Golf Club on April 10, 2022 in Augusta, Georgia.
(Gregory Shamus/Getty Images) 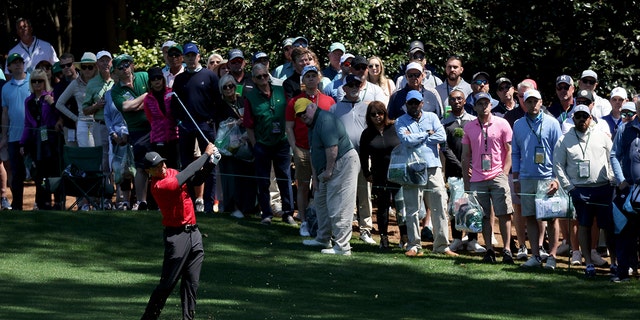 Tiger Woods plays his shot on the 10th hole during the final round of the Masters at Augusta National Golf Club on April 10, 2022 in Augusta, Georgia.
(Gregory Shamus/Getty Images)

Some struggles in the final two days put him out of contention.

But just Woods’ ability to show up and play all four days was inspiring for some.

“Tiger showed this week why he is one of the greatest athletes of all time. He hasn’t played in over 500 days and was able to walk all week at the hilliest course that he will see all year while being inside the top 20 for two days,” Korn Ferry Tour star Ryan McCormick told Fox News Digital on Sunday.

“With some more competitive reps, he will be much sharper the next time he competes at a major. I’m sure he has his eyes on The Open at St. Andrews this summer.”

It had been about 17 months since Woods played against other high-level PGA Tour competition. He had participated in the parent-child PNC Championship in December 2021 and finished second to John Daly and his son, John II.

Woods has said he would never play a full golf schedule again and reiterated that again to Sky Sports. He said he may not be able to play the PGA Championship next month, but has his eyes on St. Andrews in Scotland later this summer for The Open Championship.

“I won’t be playing a full schedule ever again. It’ll just be the big events. I don’t know if ill play Southern Hills or not but I am looking forward to St. Andrews. It’s something that’s near and dear to my heart,” Woods said.

“I’ve won two Opens there. It’s the home of golf. It’s my favorite golf course in the world. I will be there for that one. But anything in between that, I don’t know. I will try. I will try to get ready this week for Southern Hills and we’ll see what this body will be able to do.” 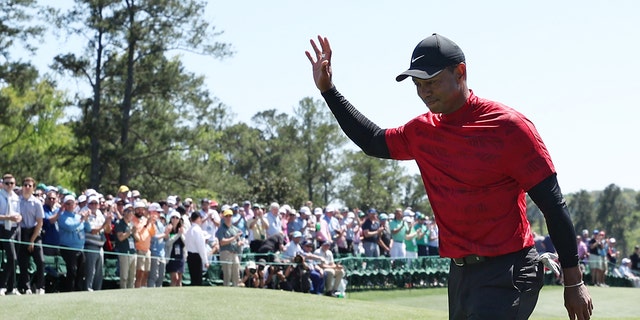 Tiger Woods waves to the crowd on the 18th green after finishing his round during the final round of the Masters at Augusta National Golf Club on April 10, 2022 in Augusta, Georgia.
(Gregory Shamus/Getty Images)

Woods had won the Masters in 2019, completing the biggest comeback the sports world has ever seen.

In February 2021, he was seriously injured in a Los Angeles car crash. He shattered bones in his right leg and needed a rod in his tibia and screws and pins in his ankle to stabilize the injuries.

Last summer and fall, Woods was seen on the golf course with a black brace over his leg as he practiced taking some swings and watching his son, Charlie, compete at some junior events.

It appears as though Woods has proved to himself he could walk the toughest courses. With three major tournaments to go in the golf season, it wouldn’t be shocking to see Woods ramp up a bit more in order to play and compete with some of the sport’s best.