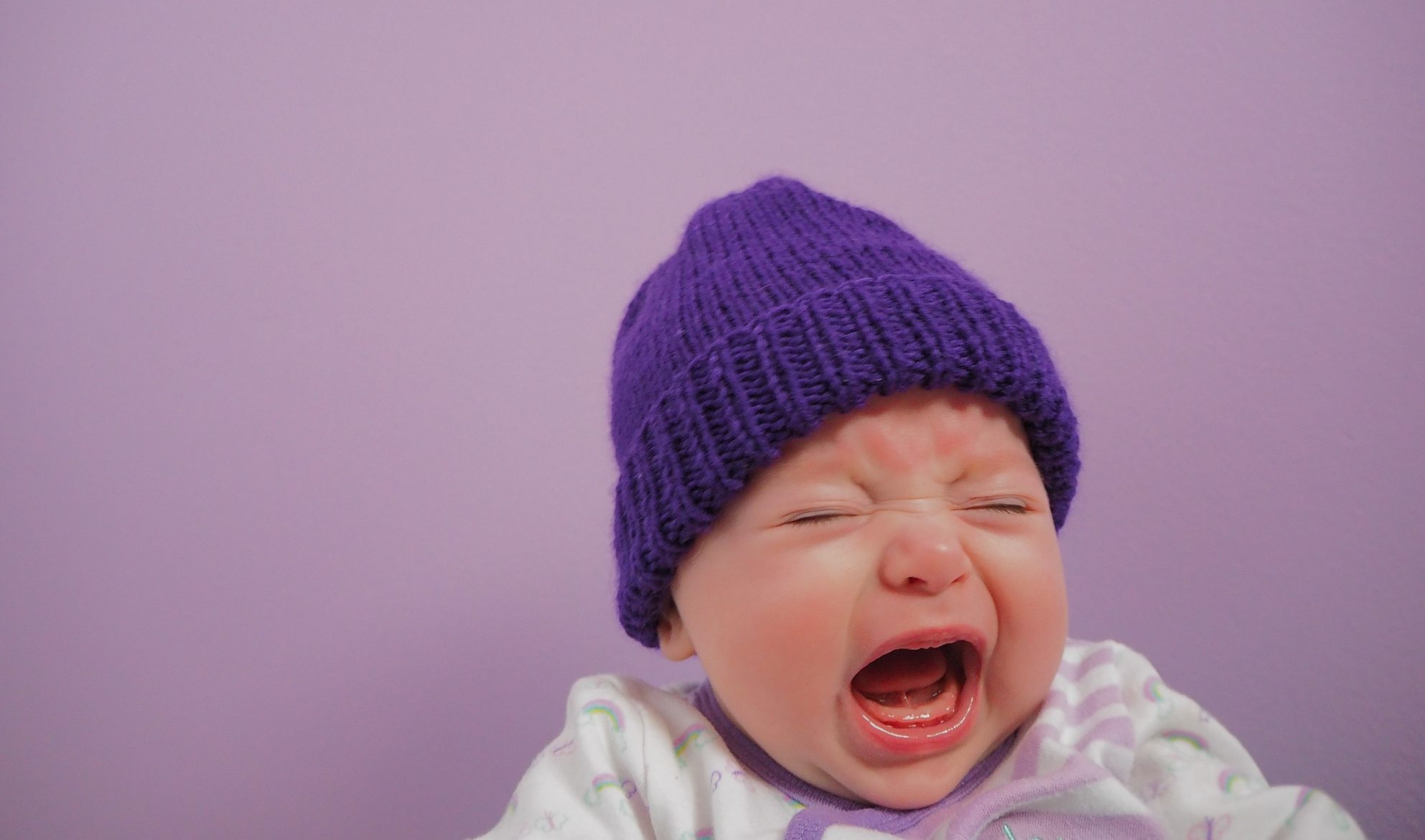 In case you missed the latest Twitter controversy, comedian Matt Forde called out a parent for allowing their baby to cry throughout his show, distracting not just the audience but also, no doubt, him.

‘Someone brought their baby to my show last night,’ he tweeted on Tuesday. ‘Sadly it derailed large parts of it because they wouldn’t do the decent thing and just leave when it started crying. I get that it must be tough as a new parent but please, don’t bring babies to adult shows. It’s always a problem.’

He went on to say that he’d tried to incorporate the crying baby into the show and make a joke about it but it ended up being like ‘someone’s phone continually ringing and them not turning it off.’

‘Fair enough,’ I thought. I mean, it was hard enough when my own babies cried non-stop, I certainly didn’t want to hear other people’s offspring sobbing on a night out.

So I was shocked – and I mean, shocked – when my eyes flickered down the replies and saw the absolute hate he was receiving.

‘Good grief. Well if I ever planned to come to a show I certainly won’t be anymore! What an attitude to have as a parent of 2, I’d be feeling sorry for the parent of the crying baby – it’s hard enough without this kind of attitude!’ said one angry tweeter.

Another replied: ‘As long as you realise this is incredibly sexist as young, breastfed babies can’t be left at home. I hope your t&cs made it clear that no babies were allowed at your show and if so surely it is a problem for your door staff or are u happy to take peoples (sic) money then shame them?’

‘Grow up a (sic) be a man,’ wrote another. ‘Can you imagine how awful mum must feel over you (sic) disgusting comments.’

Come on, people – or rather, parents! Surely we can all agree it’s not completely out of the question for someone to suggest that babies shouldn’t attend adult events held in the evening? Much less when the parents aren’t aware enough to remove their child when they start to cry?

Or at least not spending the evening crying because their parent should have been concentrating on finding out why their baby was upset, rather than the next joke.

Or maybe, just maybe, we should feel sorry for the comedian who was trying to do his job but was distracted by the sobbing infant, and knew his audience was distracted. Someone who then received complaints the next day.

We’ve all been there, when you’re out in public and for some unknown reason your baby goes from a sound sleep to inconsolable tears within the space of a single second. You have no idea what is wrong – and even less idea of how to calm them down.

But do we really no longer have the common sense to move them away from other people, so we can concentrate on soothing them in peace, rather than the disapproving stares we’re both receiving?

To the woman who pointed out that young breastfed babies can’t stay at home, Matt confirmed that the baby was actually with his dad, and therefore not being fed throughout the show.

And I don’t like to point out the obvious, but of course they can stay at home – when their parents are with them.

As a parent, I’m all for making as many events and venues as family-friendly as possible, but I also acknowledge that I’ve chosen to have a baby – and that choice will impact my lifestyle. And that generally includes not going out to gigs if I can’t get a babysitter.

And it’s not like we’re not spoiled for choice these days.

My friend went to a baby wine-tasting event a couple of weeks ago, a tasting held during the day, specifically for parents with babies, and had a blast.

I used to go to a ‘Bring Your Own Baby’ comedy event in my local pub when I was on maternity leave with my eldest, Theo. And I recommend baby cinema at Everyman cinemas to everyone (they bring your cake and coffee to your seat! It’s incredible!).

At Edinburgh Fringe – where Matt was performing – there are plenty of events where you can take your baby and no-one would bat an eyelid. In fact, Matt wasn’t even complaining that a baby had attended his gig – it was the fact that the baby cried and the dad failed to do anything about it.

Babies are not accessories that can be taken with you anywhere and everywhere. They need attention – attention their dad clearly wasn’t giving them.

Thankfully, some of the other comments showed a bit more sense. I want to give this lady a round of applause for pointing out, ‘As a new parent I’m dumbfounded that someone would take a baby to an evening show. I can’t get my head around why a young baby has no routine and would be at an evening show when they should be being settled for bed.’

So maybe we could all stop heckling Matt online and understand that a crying baby is no laughing matter.