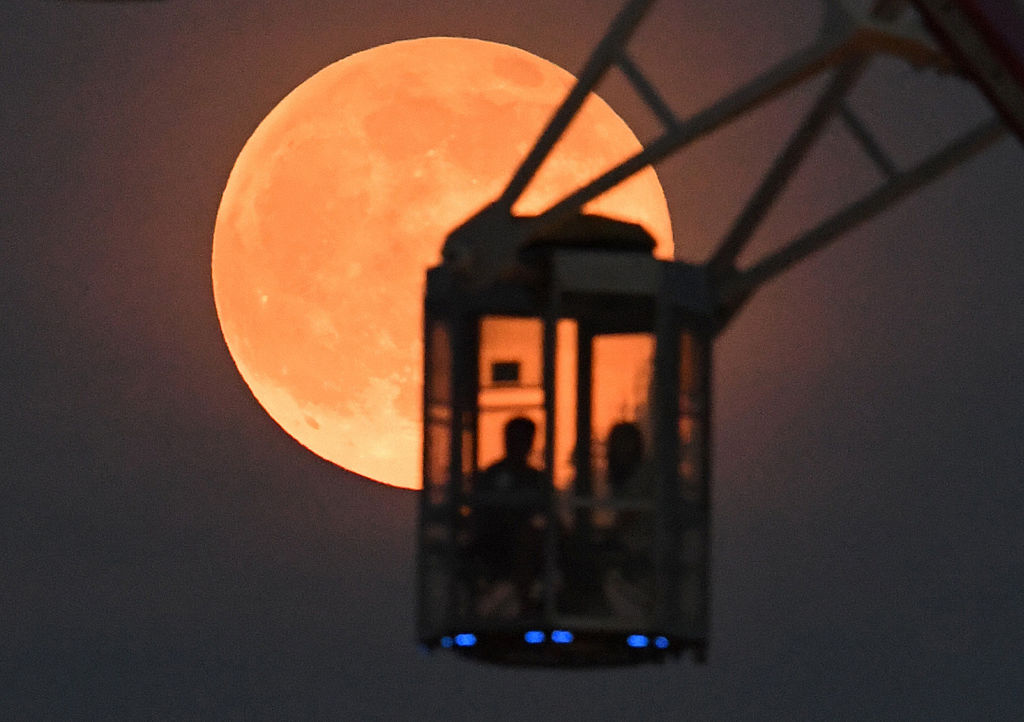 A full moon is set to grace UK skies later this week, providing a treat for astronomers around the country.

There’s a myth that June’s full moon is known as the ‘Strawberry moon’ because it will appear with a pinkish tinge to it.

Unfortunately, that’s not the case.

Instead, it gets the name Strawberry moon because it coincides with strawberry picking season in the USA.

‘In North America, the harvesting of strawberries in June gives that month’s full moon its name,’ the Royal Observatory wrote.

‘Europeans have dubbed it the rose moon, while other cultures named it the hot moon for the beginning of the summer heat.’

‘The moon’s phases and the months of the year are inextricably linked. It takes the moon about 29.5 days to go through all of its phases, meaning that each month has on average one full moon.’

When can I see the Strawberry moon?

The Strawberry moon will reach its peak on Thursday, June 24.

The best time to catch it will be late on Thursday evening when it rises in the eastern sky.

Look southeast just after sunset and you should be able to see it for yourself – providing the weather stays clear.

There are 12 full moons in a year, each with their own unique name.

The good news is that you’ll have plenty of time to spot the Strawberry moon as it should be shining over the UK all night on Thursday, June 24 and into Friday morning.

On Friday night it should still be looking pretty spectacular.