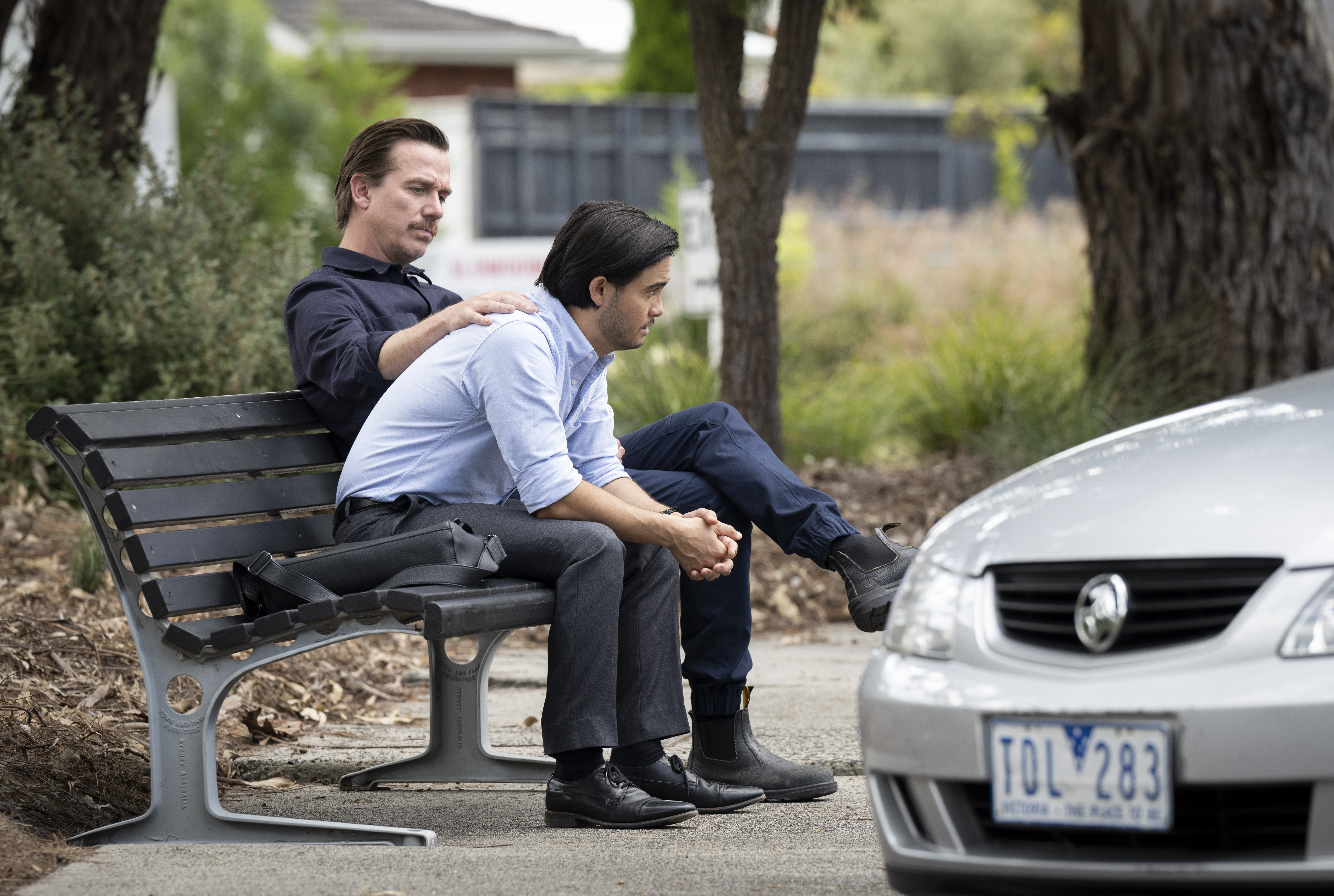 Things have been strained for Aaron (Matt Wilson) and David (Takaya Honda) for a while now, but have things got so bad that David cheats on his lover in Neighbours? That’s pretty big.

The baby Abigail sitch has certainly done some damage – with Aaron going behind David’s back in an attempt to adopt her, and David let Aaron know he was not impressed. Betrayal was etched all over his face. This seems to have put them on a slippery slope.

As Chloe’s (April Rose Pengilly) party comes around, she uses the opportunity to clear the air with Aaron, and in turn nudges her stubborn brother to speak to his husband. Aaron knows she’s right and prepares to suck it up and take the fall, but just as he does, he makes a discovery.

Aaron learns that David has been offloading all of their marriage secrets to his friend Dean. Aaron is furious and feels betrayed, leaving David shocked at his furious reaction. Has he gone to far? Not just yet.

David is sheepish around his other half as he knows he’s in the wrong, and desperately wants to make it up to him. He suggests they go away, have a break from everything and get some quality time together without distractions. But Aaron isn’t ready to accept the olive branch.

In fact, Aaron has it in his head something is going on with Dean and David. He confronts David and tells him his actions are hurtful and that Aaron can’t take it anymore. He demands he cut contact with Dean. David is furious at being told who he can be friends with, always a lose lose situation in any relationship, but he knows his marriage is more important and promises to keep schtum about their relationship in future.

It’s a promise he cannot keep. The stress of not being able to offload makes him crack, and before he realises it, he’s confiding in Dean once again. They’re getting closer and it seems like Aaron has something to worry about after all. Is David about to cross a line?

If you’ve got a soap or TV story, video or pictures get in touch by emailing us soaps@metro.co.uk – we’d love to hear from you.

Join the community by leaving a comment below and stay updated on all things soaps on our homepage.