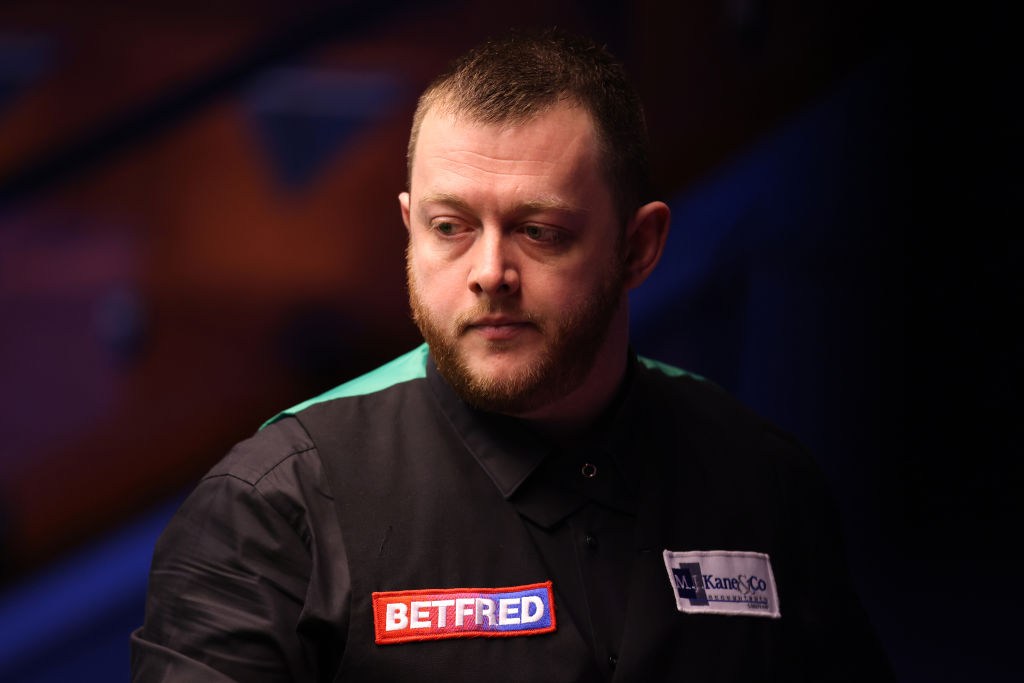 Mark Allen feels there are growing concerns among professional players over the gaps on the snooker calendar, as the World Snooker Tour struggles to return to its pre-Covid schedule.

World Snooker Tour did brilliantly to continue putting on events during 2020 and ’21, but they have not yet been able to restore the calendar to the state it was in before Covid hit.

This is largely down to China previously hosting a string of big-money tournaments and it still being impossible to travel to the country to play as Covid restrictions remain in place.

That is accepted and no blame is attached to anyone for that, but Allen says he and other players are concerned about how long China will remain off the table and what is being done to fill the void it has left.

‘Unless they start coming up with some new events, bigger prize money, then I’ll always be sceptical,’ Allen told Metro.co.uk. ‘It seems that they’re papering over cracks at the minute.

‘The Championship League is on for a month, but you’re only playing for a couple of those days and the money isn’t great unless you win it.

‘We appreciate how hard it has been through Covid, but it seems that this season in particular has been a massive step back. The past two seasons felt busier.

‘We need to find new venues, new countries, new tournaments. It would be great if we could get some extra events and then China can come knocking and say they’re ready. The calendar would be full again and that’s what everyone wants.’

There have been new tournaments added to the calendar this year, but both the Hong Kong Masters and World Mixed Doubles only feature eight players, so the vast majority of the tour are not involved and that has caused more frustration.

The world number 14 explained: ‘Adding events in Hong Kong and the Mixed Doubles that make the calendar look busy, but there’s only eight players in those events.

‘They’re putting events on but they’re not keeping the tour happy. There’s a lot of rumblings behind the scenes and people are not happy.

‘It just seems that they’re papering over cracks. Even in the Home Nations, not 128 at the venue, streaming qualifiers, it’s not beneficial to players, just World Snooker.

‘Playing qualifiers with two tables, it makes the calendar look busy when it’s not really. I think they’re being quite clever with it but the players see through it. Just two tables, your guests there. It’s quite depressing times.

Steve Dawson replaced Hearn as WST chairman last year and Allen admits there have been rumours that the former chairman stepped aside as he saw things going downhill for the tour.

The Northern Irishman does not believe that himself, but would like reassurances that things will improve in the near future.

‘Maybe some more communication with the guys on the tour would be good,’ he said. ‘We don’t hear much when it comes to new events and then you start thinking, “What’s going on here? Has Barry jumped ship at the right time?” That’s a bit of the talk amongst the players.

‘I can’t see that being true. Barry’s not that type of guy, and what I know of Steve I don’t think he’d accept that. But people are sceptical.’

An example of the lack of communication to the players is the scheduled Six Reds World Championship in Thailand, which is widely known to be cancelled, but remains on the calendar for 5-10 September.

Allen says the confusion is frustrating, as he explained: ‘I saw an email from the organiser to a player saying the event was off.

‘I contacted someone on the Players’ Board asking why we haven’t been told. He said we’d hear something. The players got an email not even saying it was off, just not to book anything because they were still working on it.

‘But I’ve seen it in black and white from the promoter that the event was off, he’d refunded the flight money. Silly things like that are frustrating.’

WPBSA chairman Jason Ferguson has been working hard on keeping the calendar going and trying to restore it to former glories throughout the pandemic and he sympathises with Allen’s view, but assures him that things will improve and they hope to return to China in the not too distant future.

‘I do know that there are gaps on the calendar at the moment, but it’s mainly due to post-Covid times and not being able to get back to China,’ Ferguson told Metro.co.uk.

‘We can’t just put events on top of events that might happen, so we need to leave a certain number of gaps on the calendar.

‘I understand and share the players’ frustrations. They’re preparing for events and wanting to compete, because that’s what they do as sportspeople. But we have to ease out of this Covid environment carefully, and contractually carefully.

‘It will improve, there will be more events added, this calendar that is out is the worst case scenario. Players see a gap here and a gap there, actually they are not all gaps on our desk, it’s potential this and potential that.

‘I’m as frustrated as anybody because I’m working on this all the time, it would be a lot easier for me if it was full, believe me. Watch this space is all I can say on that one.’

Ferguson expanded on why the Hong Kong Masters and World Mixed Doubles have been put on with small fields, with the reasoning that they should lead to bigger and better things for more players.

Specifically in Hong Kong, the eight-player tournament is all that can be done now in Asia, but it will hopefully be the start of a return to mainland China, which would end many of the problems players are currently facing.

‘To put a major ranking event on is a massive thing,’ said Jason. ‘Take Hong Kong. It’s a small number of players which was agreed on by both sides very early on. We’ve been negotiating and trying to get an event on in Asia for quite some time.

‘We’re hoping that event will set the precedent and set the processes of how we can get back into mainland China with major ranking events. That’s what it’s there for.

‘It will be a great event, I’ve no doubt about it, and it benefits a small number of players, but it is there for all the players. Hong Kong could take a major ranking event in the future, so we’re really keen to get this on.

‘But we’re doing it for everybody, not just the few players that benefit this time. Players will look at it and be frustrated, but we’re fighting the good fight to get major events on for everybody.’

The World Mixed Doubles, which features the top four players on the world rankings and the women’s world rankings, is stemmed from a different motivation, but Ferguson says it is still beneficial to all in a wider sense.

‘The Mixed Doubles is interesting, it’s great to see snooker coming back onto ITV1,’ he said.

‘Snooker on ITV is part of a multi-event, multi-broadcast arrangement and we had the chance to bring something in over a weekend. It’s just a weekend.

‘Women’s sport is going so well, look how well the football went, there’s clearly demand. We’ve designed the systems to allow women to compete on the main World Snooker Tour, it’s time to showcase that now.

‘Let’s not forget, the better the sport looks, the more we showcase our great message, that benefits everybody on tour, the sport is more valuable.’

WST and the WPBSA are certainly trying to get the calendar back to its pre-2020 pomp and Ferguson says that any criticism is warranted if they cannot add more events to the schedule by the end of the current campaign.

‘If big gaps stay in the calendar between now and the end of the season, if we don’t fill them, then we deserve some stick,’ he said.

For more stories like this, check our sport page.