NEWCASTLE edged into the next round of the Carabao Cup on penalties after Newport gave them an almighty shock.

Tristan Abrahams had given the hosts the perfect start with his fifth-minute strike. 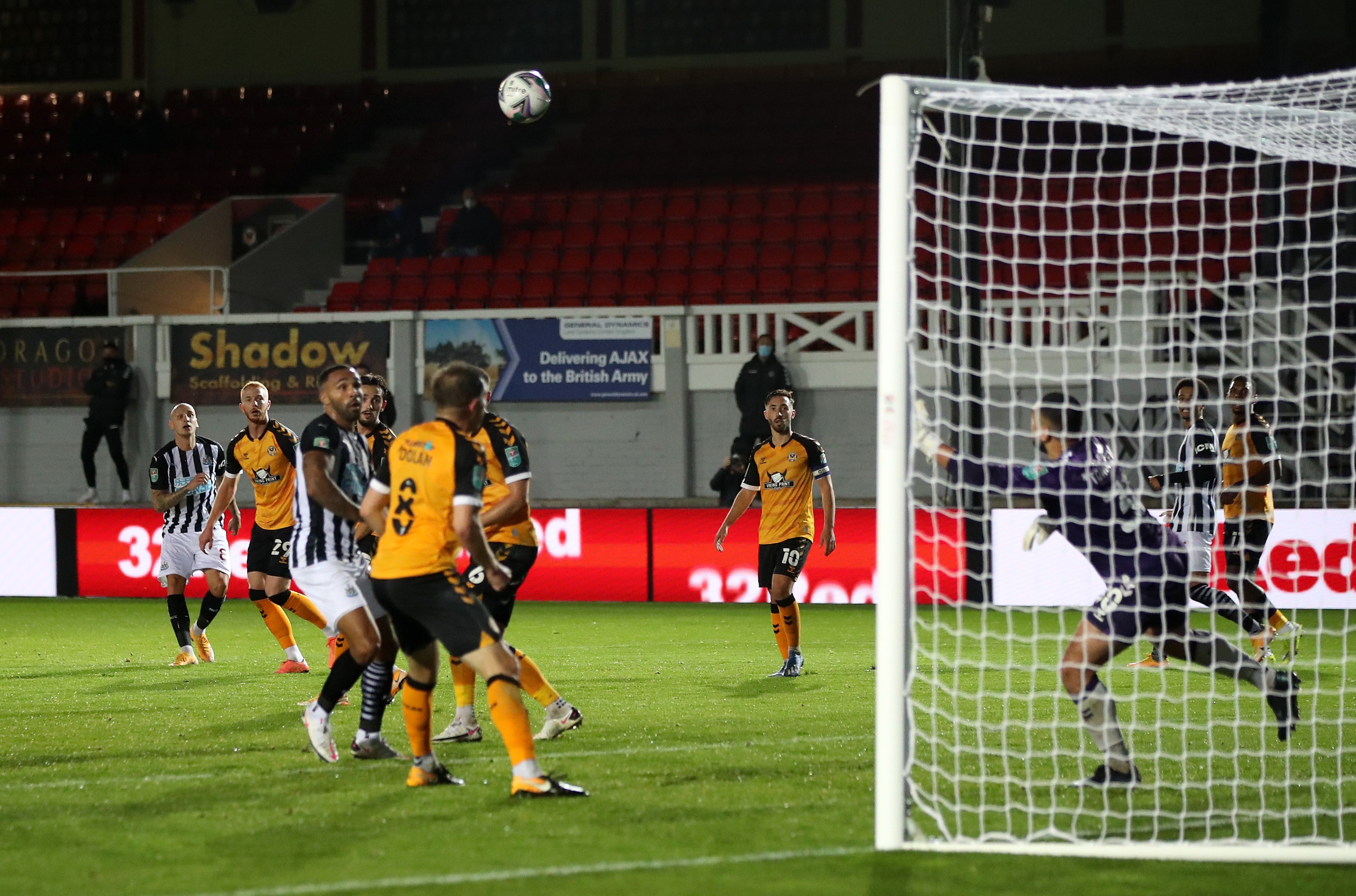 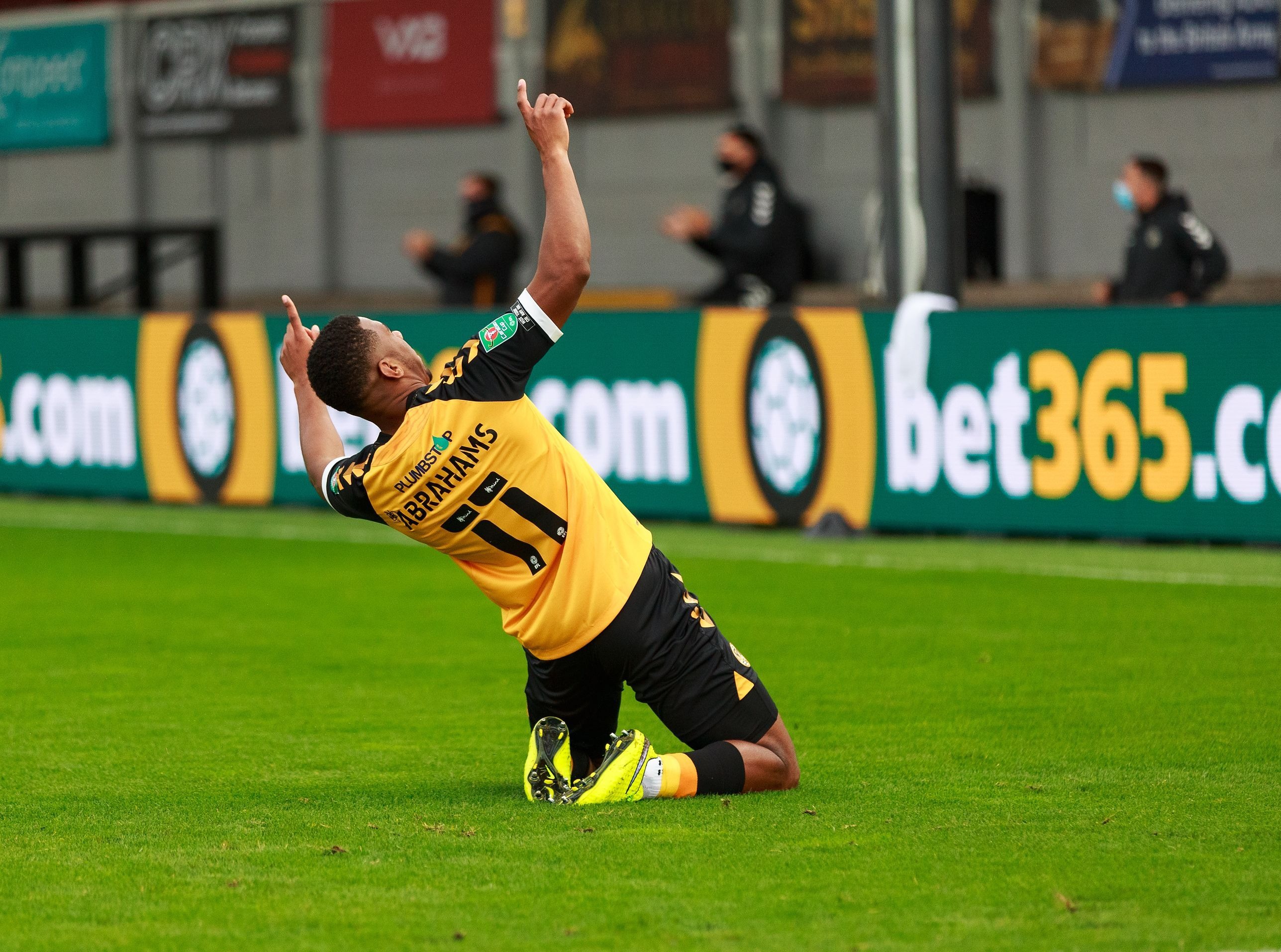 And the League Two side looked set to stun Steve Bruce's side, only for Jonjo Shelvey to score with three minutes of the 90 remaining.

Despite a miss from Joelinton, the Premier League side survived the spot-kicks to progress to the next round.

Newcastle had swatted aside Sky Bet League Two opposition in the previous round when winning 7-0 at Morecambe.

But Bruce knew his team could not take Newport, the lowest-ranked team left in the competition, lightly given the Welsh club's cup credentials under Michael Flynn.

County had beaten Leeds, Leicester, Middlesbrough, Swansea and Watford and held Tottenham to a draw in the past three seasons, as well as scaring Manchester City at Rodney Parade.

Padraig Amond had also made a habit of scoring in cup competitions and the Irish striker was recalled after being rested for Saturday's win at Bolton. 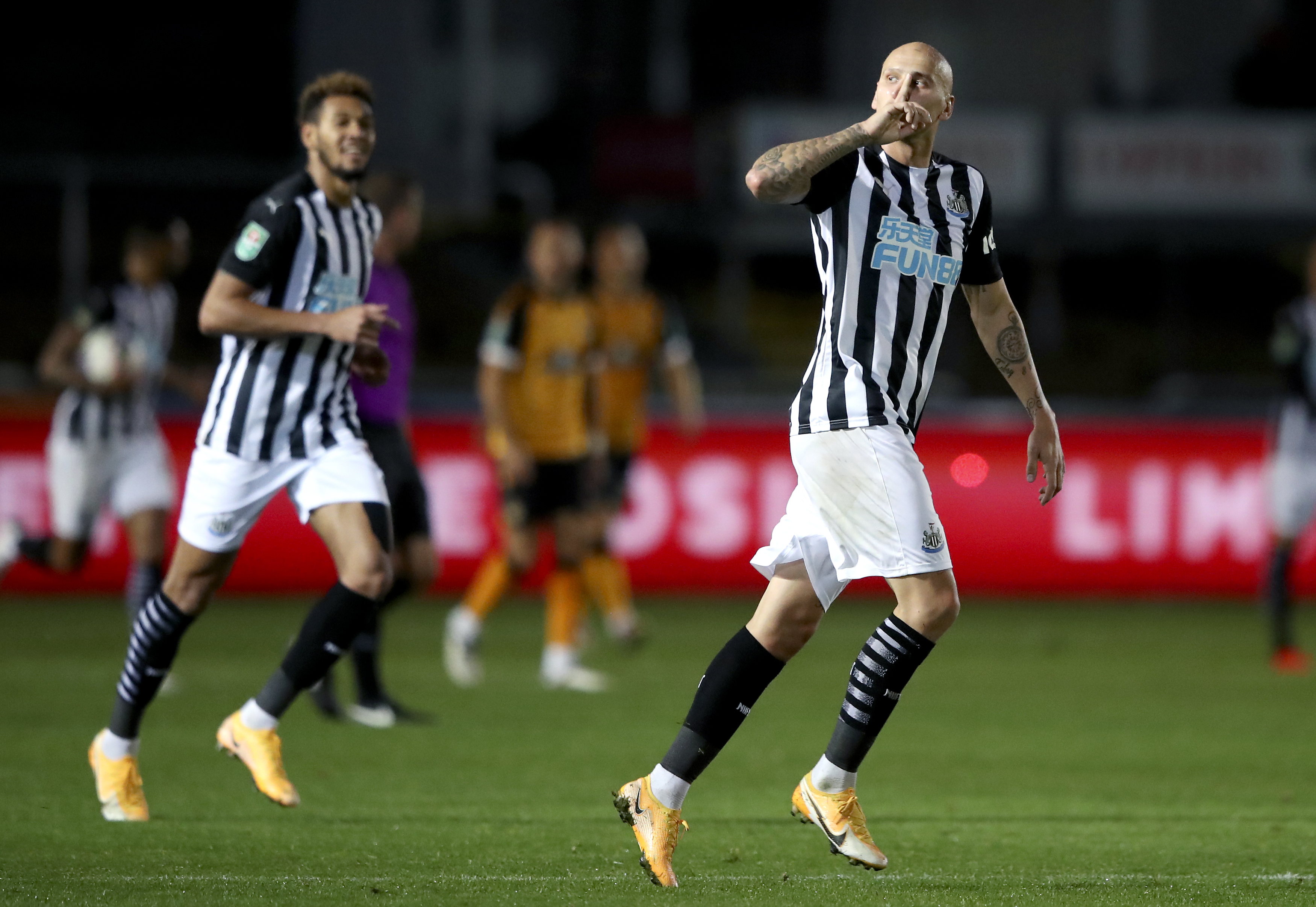 Newcastle made seven changes from the side which had held Tottenham on Sunday but there was still a strong look about the visitors.

Jamal Lewis, Ryan Fraser and Longstaff were among those to return, while Andy Carroll led the attack after starting the last two games on the bench.

Longstaff tried his luck early from distance but Newport were ahead within five minutes.

Scott Twine's 30-yard effort crashed off the crossbar and the red-hot Abrahams rifled home the rebound for his sixth goal of the season and fourth in this competition.

Newcastle were almost level when Murphy's cross deflected off Matty Dolan for Townsend to make an acrobatic save at his near post, but the visitors' unease was reflected by Shelvey being booked for a poor challenge on Twine.

Townsend foiled Murphy twice within a minute and Shelvey miskicked in front of goal from Fraser's clever knockdown.

But Newport still carried an attacking threat and Dolan sent a free-kick just wide before Scot Bennett and Amond were off-target close to the break.

Newcastle were quick out of the traps after the restart as the busy Murphy was foiled by a brave Ryan Haynes tackle and Townsend produced a double save to deny Fraser and Miguel Almiron.

There was a lengthy stoppage as Bennett and Mickey Demetriou collided after going up for a ball with Carroll and both Newport players required treatment.

Bruce sent on strikers Joelinton and Wilson just after the hour mark with Almiron and Carroll making way and Newcastle continued to press as Murphy dragged wide.

Newport were forced to defend for their lives in the closing stages and Cooper produced a brilliant last-gasp tackle on Fraser before Wilson's close-range effort was held by Townsend.

The midfielder shifted the ball onto his right foot and gave Townsend no chance with a superb curled effort that Newcastle were able to make the most of in the shoot-out.