GOLDEN boy Jim Crowley’s impressive start to the season showed no sign of slowing as he rode Nazeef to land the Group 1 Falmouth Stakes.

John Gosden’s filly is on a remarkable run herself, landing a sixth straight win as she held off gutsy Billesdon Brook at Newmarket. 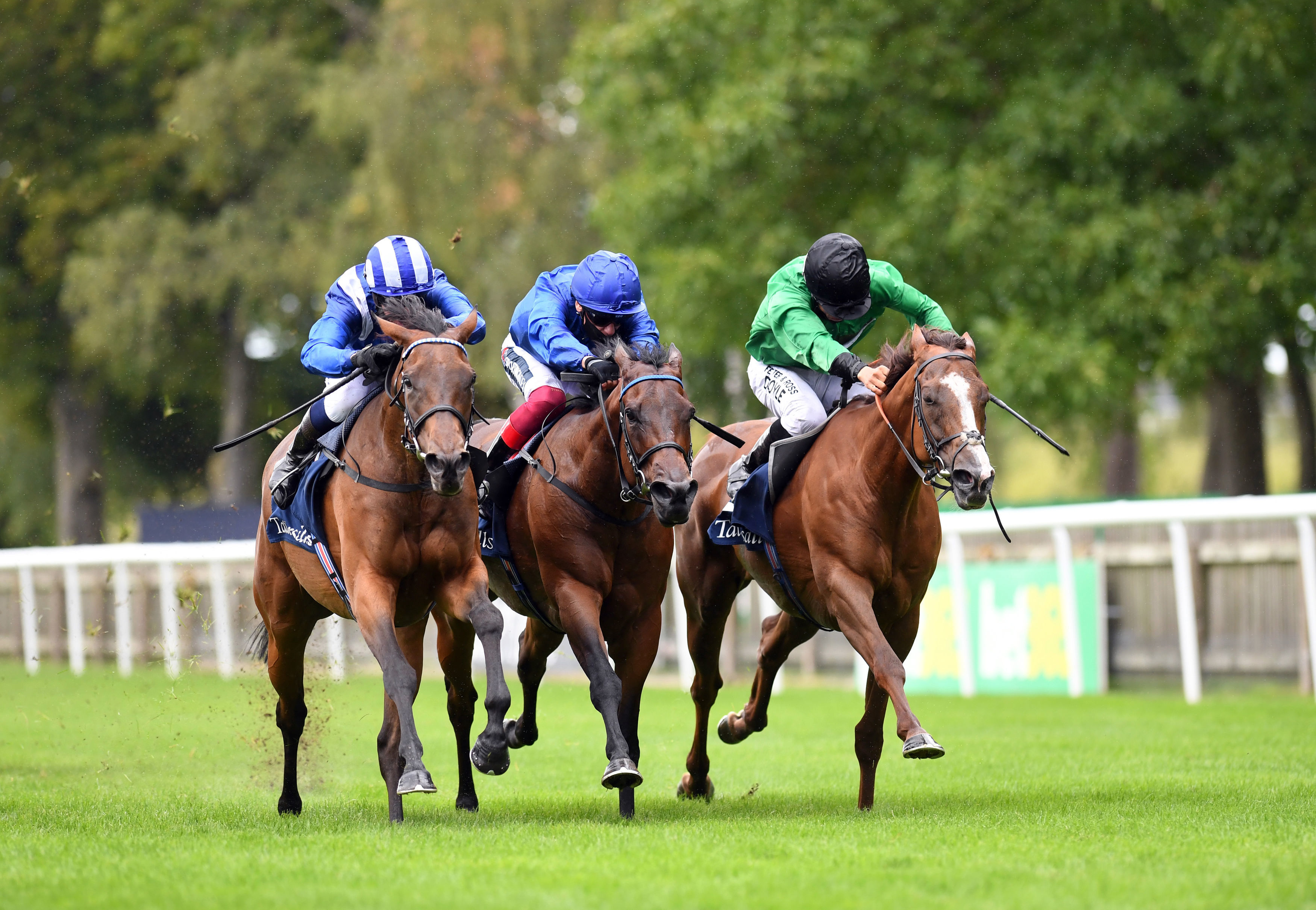 Odds-on favourite Terebellum looked to have stolen a march on the field under canny Frankie Dettori, but Nazeef picked up late to pass her in the final strides.

After six winners at the Royal Meeting – including Nazeef’s Duke Of Cambridge – it was another big afternoon for former jumps-jockey Crowley in the famous blue and white Sheikh Hamdan silks.

Crowley smiled: “Things are going great at the moment, touch wood they can carry on the way we’ve started. All the horses seem to be going well!

“I had a great position there in a small field and somehow got some cover too.

“The only pace on was Frankie on Terebellum, the others looked like they were happy to take a lead.

“But she was getting well on top at the line and she goes on any ground. That’s six in a row now, she’s come a long way and just keeps climbing that ladder.”

But Gosden was left scratching his head after the race and indicated a trip to France may be on the cards for his winner.

He said: “The winner is a lovely and brave filly, but I thought Terebellum had it under control.

They don't work together, but from what we know of them, I thought the betting was correct.

“Terebellum seemed to have it won, but she didn't finish the race off in the way you would have expected her to do.

“The Prix Rothschild is the obvious place to go with Nazeef.

“She is quite lazy and doesn't show you much at home, but she dug deep today and has a great attitude.

“He allowed me to do it with this filly and she has now won a Group 1 and at Royal Ascot, which is great."

Karl Burke’s Dandalla will be stepped into Group 1 company after her Duchess Of Cambridge win earlier on the card.

The trainer revealed he nearly didn’t run the filly after she suffered a temperature in the build-up, but she just held on to land the Group 2.

Burke’s gamble paid off and the Prix Morny in France will be next for which the bookies make her a 4-1 chance.