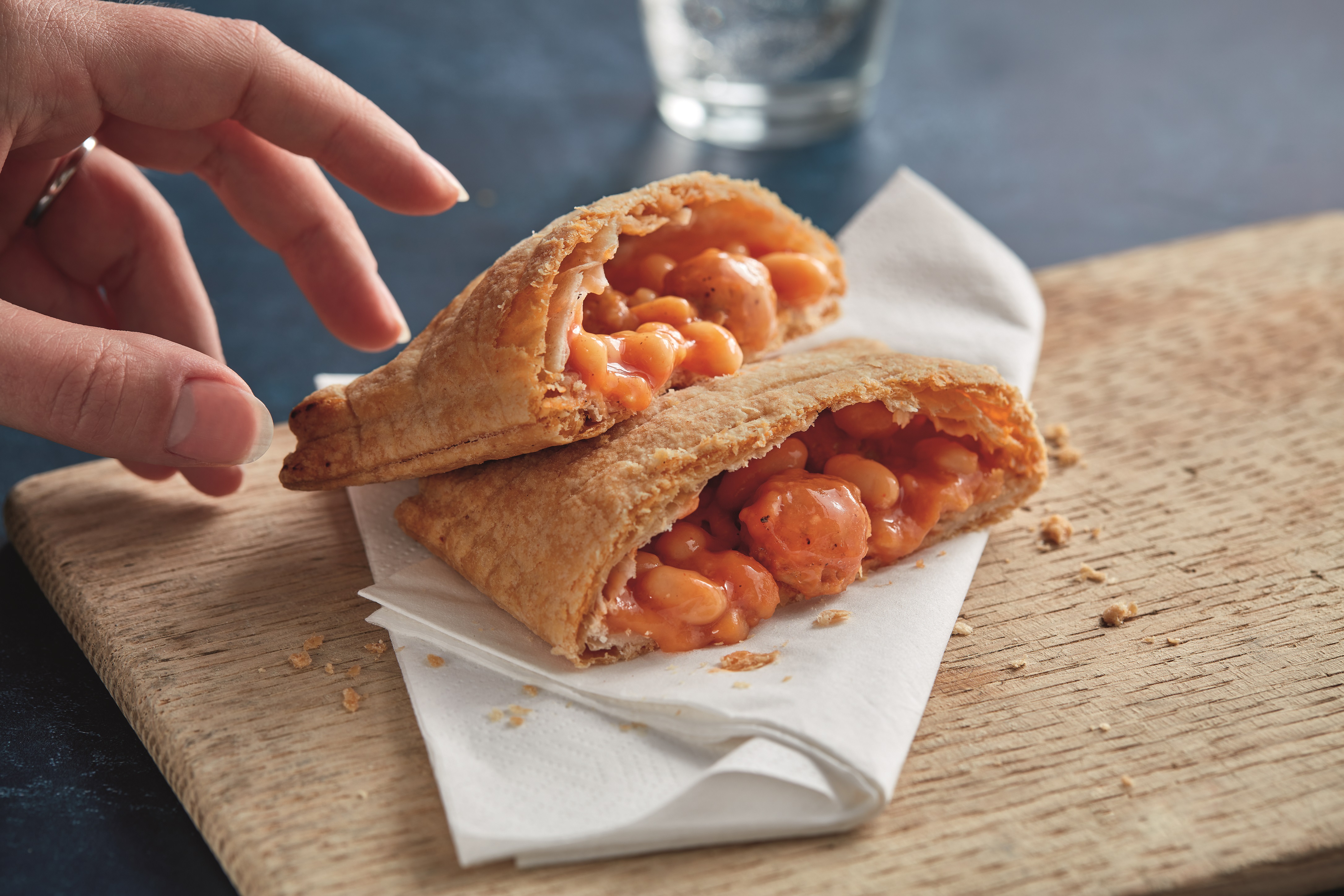 Greggs is back at it again with world-leading vegan innovations.

The bakery firm announced today that a plant-based version of its iconic sausage, bean, and cheese melt will be hitting stores next month.

In a tweet, Greggs wrote: ‘The Vegan Sausage, Bean, and CheeZe Melt is coming. WARNING, it’s a bit of a mouthful.’

A video teasing the new creation also read ‘First we gave you the vegan sausage roll. Then the vegan steak bake. And now, another legend has been veganed’.

According to Greggs, it’s fulfilling and tasty, and has the same ‘sausagey’ and ‘beany’ flavours.

After releasing a vegan sausage bap in a trial earlier this year, as well as a ‘ham and cheeze’ baguette for vegans, this pastry is one innovation of many.

It’ll be arriving in stores on 5 August this year and cost from £1.60. If the crowds are anything like they were on vegan sausage roll launch day, you might want to get your elbows in.

Hannah Squirrell, customer director at Greggs, said: ‘The latest addition to our menu gives customers another vegan friendly alternative to one of our most iconic menu items.

‘As we expand our vegan options with the launch of our new Vegan Sausage, Bean and CheeZe Melt, we mark another milestone as we continue with our journey to become our customers’ favourite destination for food-on-the-go.’

It’s been a tough year from Greggs – as it has for all businesses – with the Newcastle-based firm posting their first loss in 36 years.

Sales dropped from £1.17billion to £811.3million as stores were forced to close their doors due to lockdown rules.

Hopefully now that we’re back out into the world and able to buy pies and pasties again, the much-loved bakery’s fortunes will turn around.

Get in touch at MetroLifestyleTeam@metro.co.uk.