Family enjoy an emotional reunion with their mother, 79, with dementia who thought they’d abandoned her and moved to Australia when they couldn’t visit her care home due to Covid-19

The family of an elderly woman have enjoyed an emotional reunion, after she thought they’d abandoned her when they couldn’t visit her care home during the coronavirus pandemic.

Veronica Lees, from Swansea, was reunited with her mother Iona, 79, this weekend when her care home began allowing visitors to see their loved ones from a safe distance.

Appearing on Good Morning Britain today, Veronica explained she and her siblings would normally visit their mother every day, but were ‘terrified’ she may forget who they are during the pandemic.

Thankfully, Iona did recognise them, but when they were reunited, she thought her children had moved away to Australia without telling her because they hadn’t been coming into the care home.

Scroll down for video 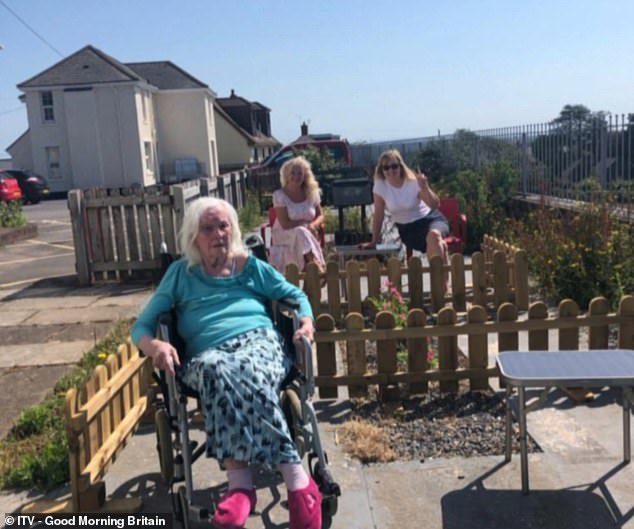 Veronica Lees (pictured right), from Swansea, was reunited with her mother Iona (pictured), 79, this weekend as her mum’s care home began allowing visitors to see their loved ones from a safe distance 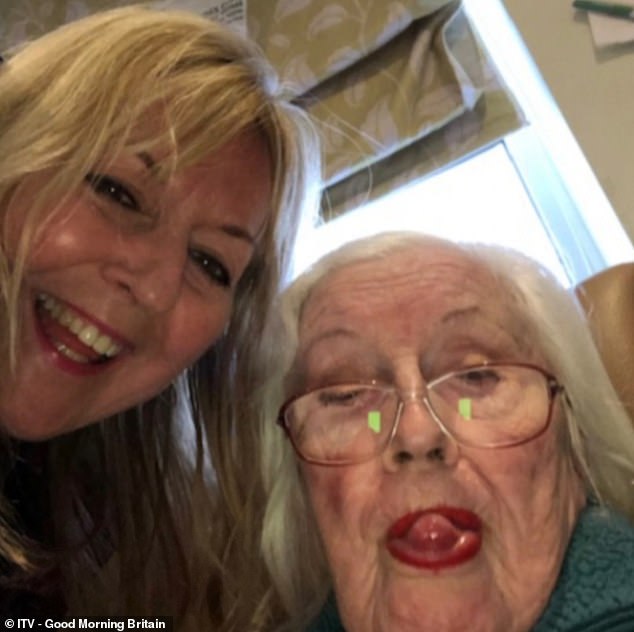 Veronica said: ‘Because she has dementia and we’re so used to seeing her every day we were afraid she was going to forget us.

‘Usually all the family take turns seeing her and we were terrified she was going to forget us.

‘When we saw her we weren’t expecting the reaction, because she thought we’d gone to Australia and left her behind. So she was a little bit sulky with us, but it was lovely to see us.’

She went on to insist that her mother’s reaction was ‘heartbreaking’ for her entire family, and that they haven’t stopped worrying about their mum throughout the coronavirus outbreak. 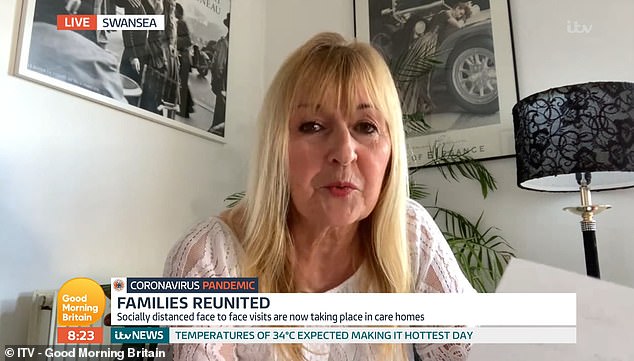 Appearing on Good Morning Britain today, Veronica explained she was ‘terrified’ her mother may forget who they are during the pandemic 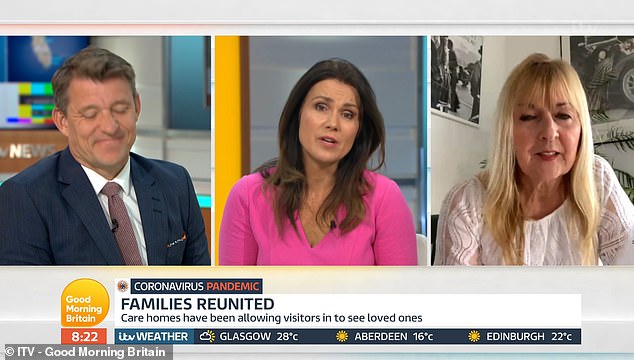 ‘We used to do her hair and her make-up and we haven’t been able to do that. The whole family has been very worried about her.’

Veronica said it was ‘very emotional’ to be reunited with Iona, but admitted she immediately wanted to hug her mother when she saw her.

She said: ‘We were both very emotional and excited because we couldn’t believe it was happening. 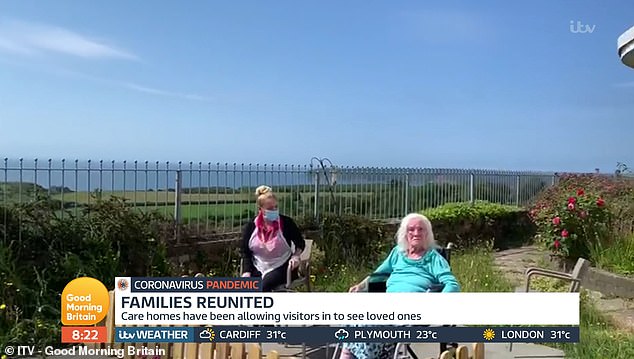 Veronica admitted she immediately wanted to hug her mother when she saw her, Iona is pictured as the family were reunited 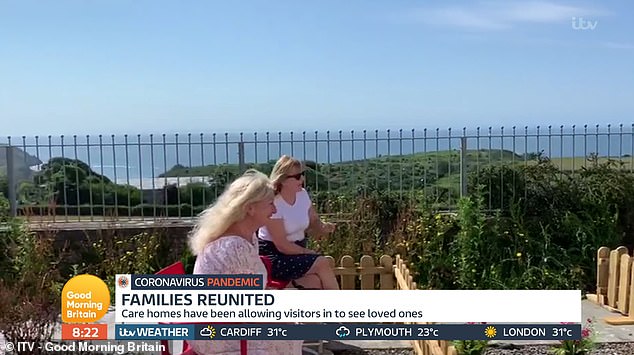 Veronica , pictured is pictured as the family were reunited, told Iona’s care home had been ‘amazing’ throughout the crisis

‘It’s been so many months and there she was. We just wanted to run up and grab her but we couldn’t, we had to just look and wave from a distance.’

She went on to say that Iona’s care home had been ‘amazing’ throughout the crisis, managing to keep the home free from the virus and keeping the family updated as Iona battled a chest infection.

‘We wanted to grab her and take her home but we don’t have the facilities, so they’ve been amazing.’

She added: ‘They closed down before the lockdown and it was the right decision for them to do , so we accepted it and went with it.’