Pregnancy loss is never an easy topic to talk about. Some people choose to be very vocal about their experience, while others prefer to keep their ordeal to themselves. While it can be hard to know the exact right thing to say to someone who is going through a loss, it’s a pretty good assumption that demanding they host a baby shower two weeks after a still birth is the exact wrong thing. As unimaginable as that idea may be, it’s exactly what happened to Redditor 31517AITA. They shared their ordeal on the popular AITA subreddit this week in a quest to find out if they were out of line for kicking their brother and his pregnant wife out of their home after they demanded the couple still host a planned baby shower for their baby.

The post opened up with the heartbreaking backstory: The Redditor explained that after three years of marriage and one miscarriage, they found out they were expecting a baby boy. Even though they’d lost a pregnancy in the past, the wife was really optimistic about this one, until the wife suffered a stillbirth two weeks ago.

“It all happened so fast,” 31417 wrote. “We thought we planned for everything, but all that was unexpected.” They were devastated, and weren’t up to talking to anyone or going anywhere while they worked through their grief. Family checked in and brought the couple meals and books, however. 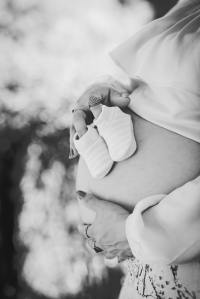 This week, that all changed when OP’s brother stopped by with his wife. The couple is expecting their second child, something OP says the sister-in-law started talking about as soon as they sat down, which included the baby shower. “My wife and I were getting uncomfortable,” 31417 wrote. As if that weren’t inconsiderate enough, as the Redditor’s wife was on the verge of tears, the SIL asked if the couple would still host their baby shower. Um, what?

“My wife almost cried while my brother just sat there arms folded and smiled at us,” OP wrote. “His wife said no one is available, so she asked my wife to do it and that it’ll be nice for her to ‘change the mood.’”

Obviously OP lashed out and accused the couple of being selfish and inconsiderate of what they were going through. “She played dumb, as I reminded her that we just lost our son and asked how could she possibly think it’s okay to even ask something like that,” he wrote. “My brother told me to calm down but I lost my temper.”

The whole ordeal ended up in a blow out, and now the rest of his family has sided with the brother and his wife.

But the comments from Reddit poured in with support and sympathy.

“This enraged me,” wrote user sabby55. “ENRAGED. I had a miscarriage, not even a stillbirth, and it destroyed me for months. Losing a pregnancy, a child, is a process of grief. You can’t just throw food and check-ins at a grieving person and then be mad they don’t ‘cheer up’ enough to be expected to not only ATTEND an event that would be traumatizing and distressing, but HOST IT?!?!?!?!”

User Tapioca44 wrote about how OP’s family was likely prioritizing keeping the peace ahead of doing what was right. “How dare your mom remind you she brings food over?” they wrote. “I think you need to make it crystal clear how wrong each one of them is and block them for awhile.”

And user GypsyBagelhhands pointed out that this wasn’t their first baby, which made their insistence on a shower a little odd. “Add to that it’s their SECOND baby,” they wrote. “Aren’t showers generally for obtaining baby stuff you don’t already have?!”

Honestly, we hope OP’s family sees this and realizes that they were way out of line. And we also wish them peace and healing.

These other famous parents have been open about suffering miscarriages.