Burnley midfielder Ashley Westwood was taken off on a stretcher after suffering a serious injury during the 1-1 draw with West Ham.

The incident happened in the 22nd minute when he collided with Nikola Vlasic following a 50-50 challenge.

Westwood came off worse and suffered a horrific leg injury which left him needing medical attention for several minutes. 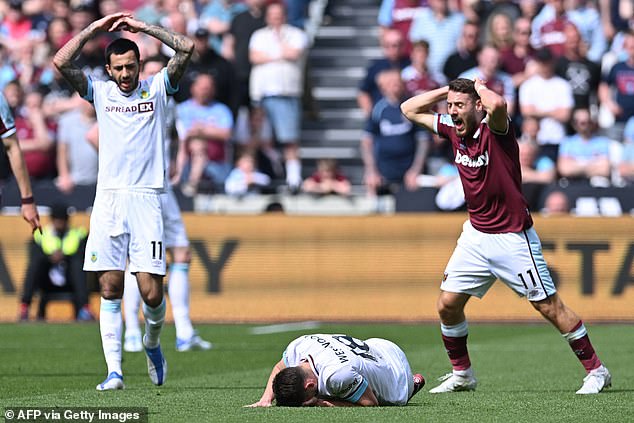 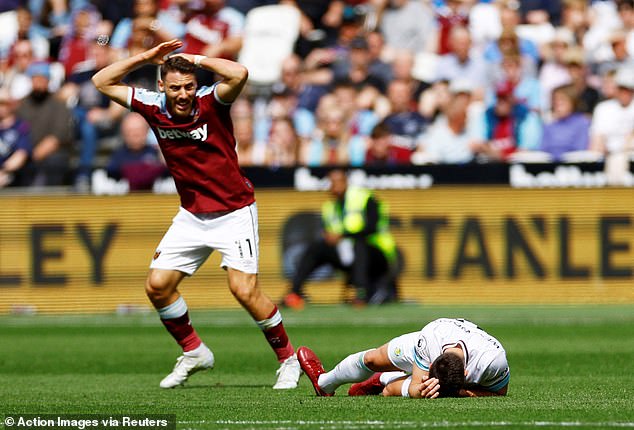 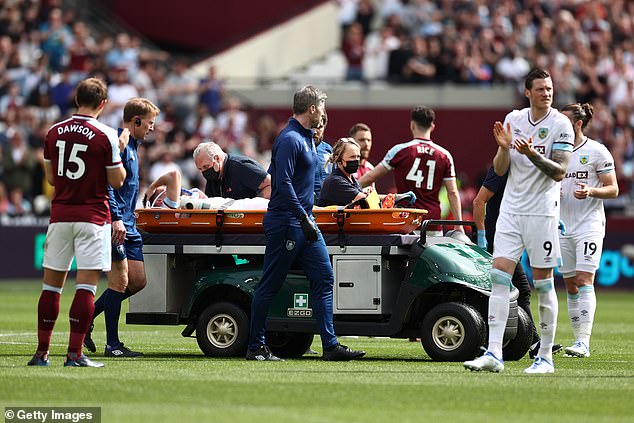 Vlasic was in an emotional distress and had to be consoled by team-mates, who also looked shaken by the incident.

Westwood was eventually stretchered off in the 30th minute and replaced by Josh Brownhill.

Burnley caretaker manager Mike Jackson confirmed to Sky Sports in his post-match interview that Westwood had been taken to hospital.

‘He has gone to hospital and they are having a look at it at this moment in time,’ he said. 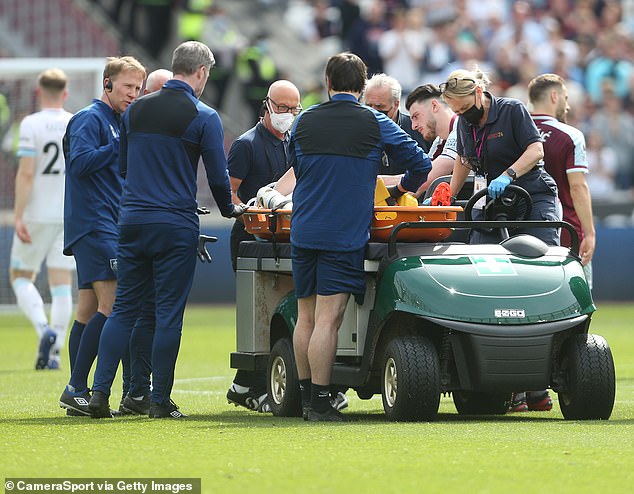 ‘Obviously we know it doesn’t look too good, but fingers crossed it’s not as bad [as it seemed].

‘The incident with Ash affected the group… because he’s their mate. We’re just hoping he’s okay. Given everything that has gone on this week and what has happened in the game today, it’s a good point for us, in the end.’

Jackson also mentioned that West Ham star Declan Rice came to the Burnley bench to alert them to the seriousness of the injury.

Rice’s midfield partner Tomas Soucek said after the game: ‘It was a horrible injury and I just hope Westwood feels very good, very soon. I just wish him all the best.’

Moments after Westwood came off, Burnley took the lead through Wout Weghorst’s second goal for the club. 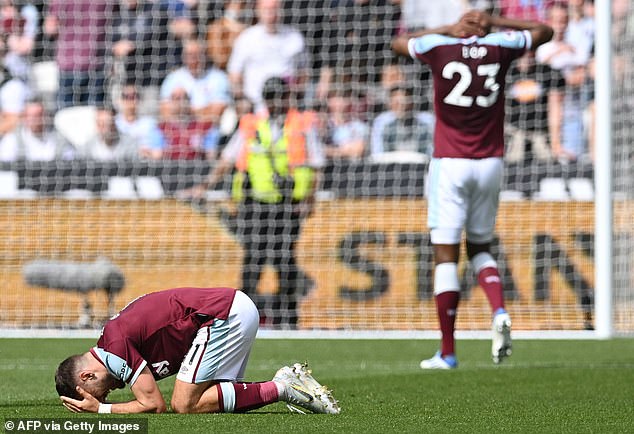 David Moyes’ side eventually got on level terms thanks to Tomas Soucek’s close-range finish in the 74th minute.

The loss of Westwood will come as a big blow to the Clarets, who currently face a difficult task of avoiding the drop.

The 32-year-old had been a regular starter, having appeared in 26 of their 32 Premier League games this season.