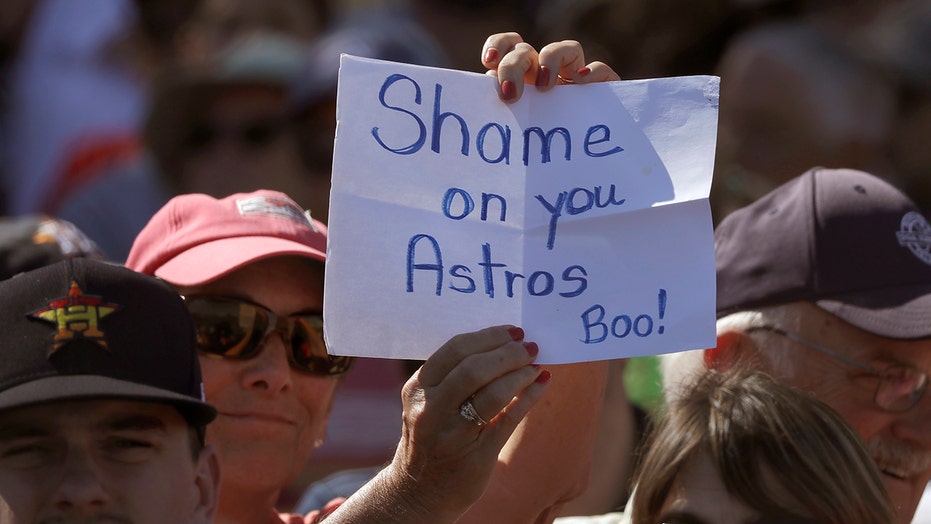 In an exhibition game against the Kansas City Royals, three Houston Astros players were drilled by pitches, which doesn’t seem like a coincidence following the team’s illegal sign-stealing scandal from their 2017 World Series title.

Jose Altuve, Alex Bregman, and George Springer, all of whom were a part of that team, were hit by Royals pitchers Jorge Lopez and Jackson Kowar during both teams’ final tune-up prior to the start of the 2020 shortened season.

MLB'S 2020 PANDEMIC-SHORTENED SEASON: EVERYTHING YOU NEED TO KNOW

It might have been easy to forget about the Astros’ scandal, especially with the coronavirus pandemic sweeping the nation, and the countrywide protests in recent months, but fans were happy to see the players pay for their actions.

When Altuve and Bregman were hit by pitches with the bases loaded, the account posted videos of it with a meme.

The Astros were handed a fine, they lost several draft picks, and manager A.J. Hinch, as well as general manager Jeff Luhnow, were both fired immediately. The players, however, were never punished, even though some suggested that the players involved should have been handed down season-long suspensions.

There’s no doubt that this could be a sign of things to come when the regular season arrives, especially if a game turns out to be lopsided. The Astros will take the field for the first time on Friday when they host the Seattle Mariners, in the first game of a four-game series to start the season.