A-list celebrities get recognized wherever they go. Many stars are vocal about how even grocery shopping with their kids can be a hassle when people from all walks of life instantly recognize them from their favorite TV shows, movies, and beyond. Sometimes, though, celebrities look like other celebrities and don’t even notice it until fans on social media point it out.

Some stars simply resemble other famous faces because of facial features or the coloring of their eyes or hair. Others, however, don’t look that much alike as adults, but thanks to the world wide web, seeing throwback pics of your favorite celebs will have you noticing similarities between two stars you would have never pinned as look-a-likes before that.

Sometimes, the celebs in question even react to fans noticing the similarities, and it’s so fun to see because most of them are more than pleased when people point out the similarities between them and another awesome celeb.

The actresses share some similar qualities — like their dark hair and big, hazel eyes — and, in 2014, Hyland caught wind of a tweet in which someone mistook Kunis for her. Tweeting about a Jim Beam commercial Kunis starred in, the social media user said Hyland looked "like wifey" in it.

"I’m sure Mila Kunis would appreciate that," Hyland replied.

Check out Kunis in the ad below.

A side-by-side shows the two really could be related. 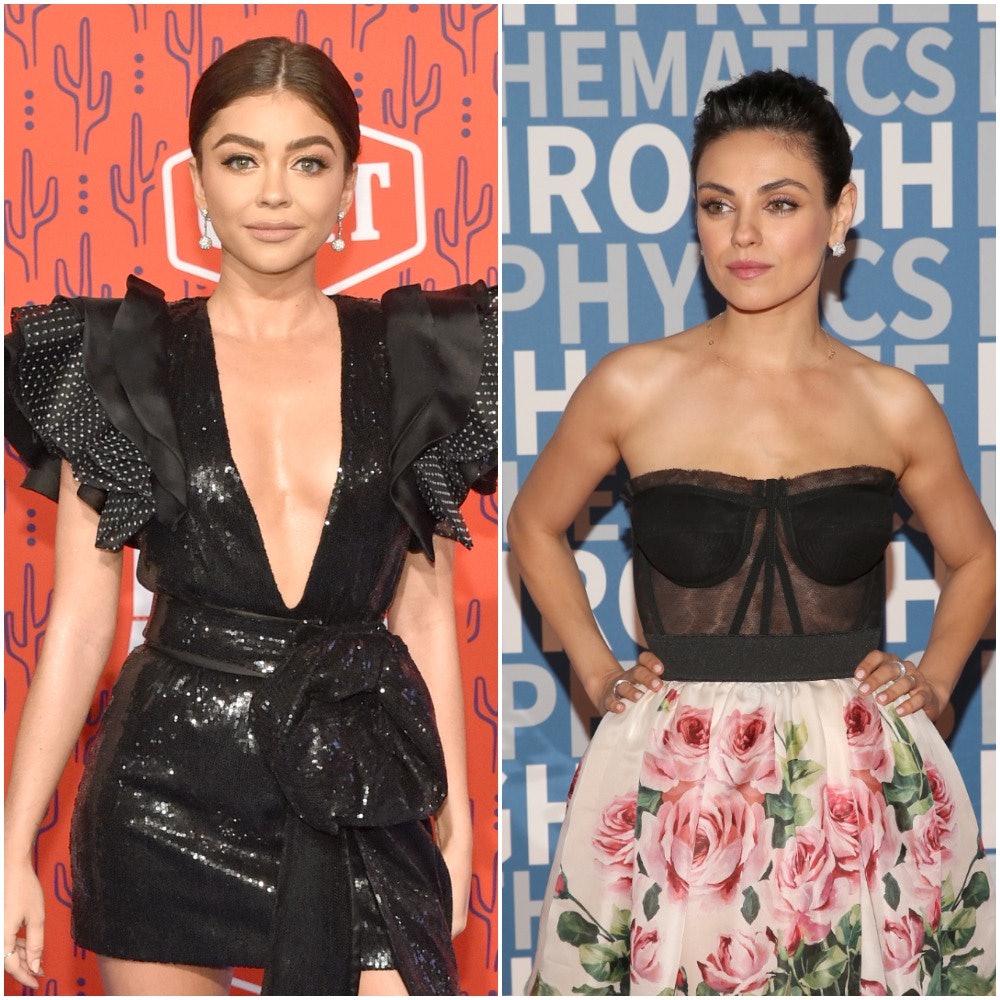 It’s been a long-running joke that the, arguably, most famous red-heads in the world look like each other. While any similarities beyond their hair color are also arguable, the pair are in on the joke. While collaborating on an important video for World Mental Health Day in October 2019, Sheeran eagerly brought up the main similarity they share: their iconic red hair.

Witherspoon and Underwood are definitely doppelgängers, and don’t seem to mind it. In June 2020, Witherspoon was mistaken for Underwood while sitting in her car and was completely flattered by the mixup.

"To the woman in the parking lot who just asked me if I was Carrie Underwood: You officially made my day," Witherspoon tweeted. Underwood was equally as flattered, responding: "YOUR day?!?!?!?! That lady just made my whole life."

See the similarities for yourself below. 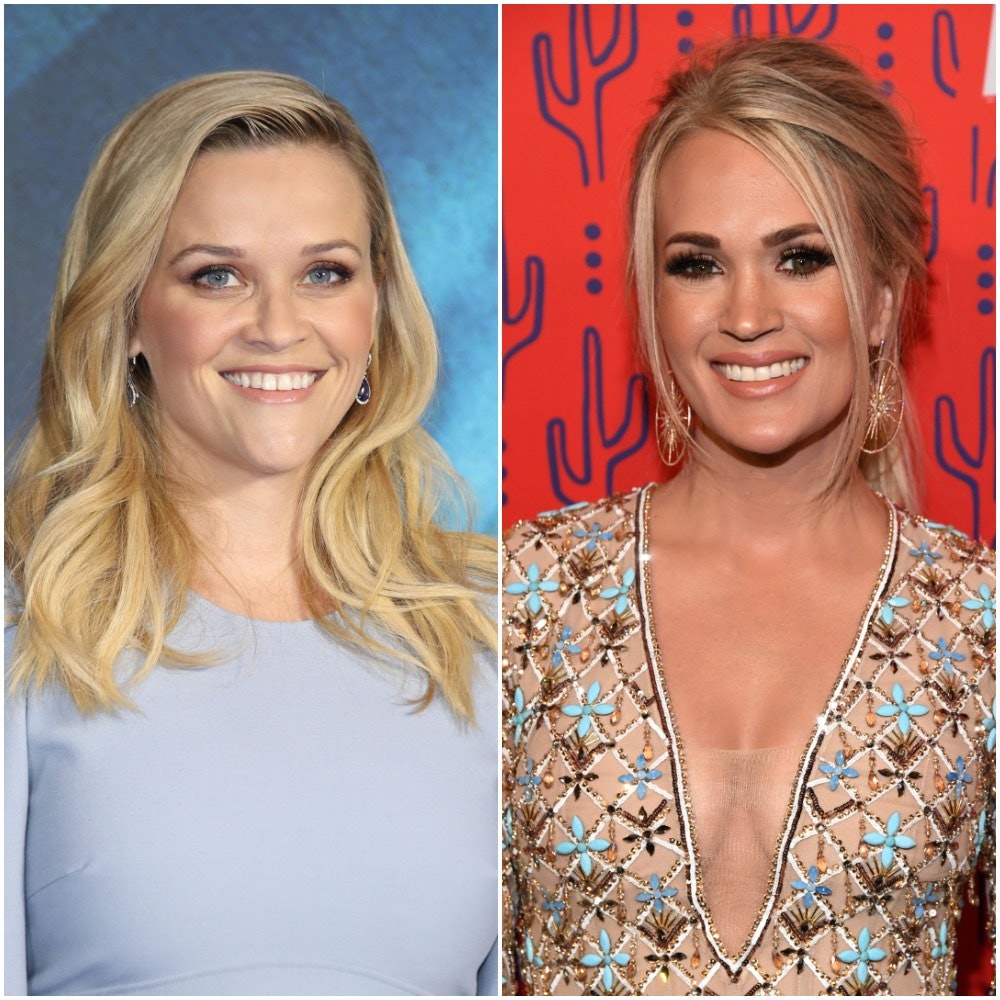 Adams and Fisher are often mistaken for each other, but it’s one story that will make fans cringe. Recalling meeting Lady Gaga at a star-studded event, Fisher told Jimmy Kimmel: Jenner and Hadid have run in the same circle of friends for years, and have even walked alongside each other on some of the world’s biggest runways, but it was in February 2020 that fans noticed the two actually look alike.

Jenner shared a series of photos from backstage at the Versace fashion show, and followers went wild over her appearance, which seemed to resemble Hadid.

backstage at @versace by @gregswalesart

Perhaps it’s their similar face shapes, or dark hair and deeply parted, slicked back bangs that stood out most.

Versace ⭐️ Grazie @donatella_versace @kjeldgaard1 @pg_dmcasting @samuel_ellis , this show feels like the first time every time I have the pleasure to walk, I love you all so much ????

Kardashian loves playing around with fun Instagram filters. But in August 2020, she posted a pic that looked a lot like Gomez, and fans couldn’t help but point it out.

From the brown bob hairdo to the plump red lips, they definitely do look similar in the pic.

Feels good to be back. Thank you to my entire team and to my fans that stand by me. All of this is for you and because of you. excited for this chapter #sg2 @amas ?

It was in February 2019 when fans first got a glimpse of a tiny middle-school era Teigen, who looked almost *exactly* like a teenage Gomez — and Instagram users couldn’t unsee the similarities.

Teigen shared a throwback photo of herself rocking some ’90s gear like a choker necklace and white Adidas sneakers, captioning it "jealous much," but it was the fact that she closely resembled Gomez from back in the day that really got people talking.

Fans weren’t wrong. Check out this childhood photo of Gomez and try not to see the similarities.

We always go into it blindly.

It’s not just Gomez who Teigen bares a resemblance too, either. The same month fans pointed out that Teigen’s childhood photo looked a lot like the Wizards of Waverly Place alum, other followers noted that one throwback snap she shared closely resembled a young Zendaya.

Again, they weren’t wrong. Take a look at Teigen’s adorable photo and compare it to the below pic of Zendaya and you won’t be able to unsee the similarities — curly hair and all.

Keeping this energy as I enter my 22nd year of life.

While promoting their movie The Roommate in 2011, fans had to do a double take of the two while they walked red carpets alongside each other to tell them apart. 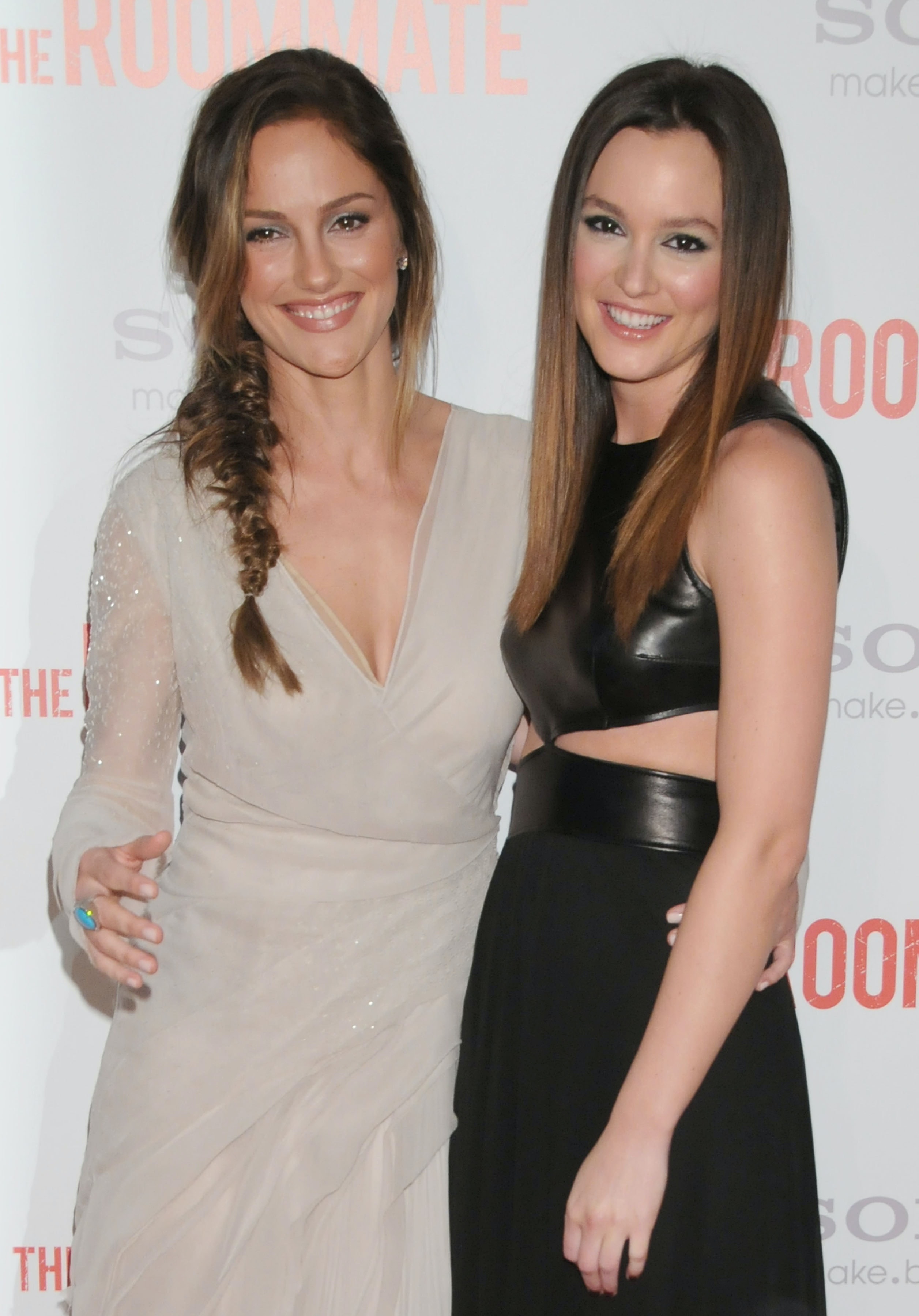