Find someone who makes you smile! Ben Affleck can’t hide just how happy he is since reconnecting with former fiancée Jennifer Lopez.

The Way Back star, 48, was caught with a grin as he left Lopez’s Los Angeles home on Wednesday, June 2. Photos published by Page Six the following day showed Affleck sitting in the driver’s seat in a simple T-shirt after spending time with the Grammy nominee, 51.

Us Weekly exclusively confirmed last month that the duo, who were previously engaged from 2002 to 2004, are “full-on dating” and “very happy” since they were first spotted together in April. The twosome started hanging out again following the end of Lopez’s two-year engagement to Alex Rodriguez. 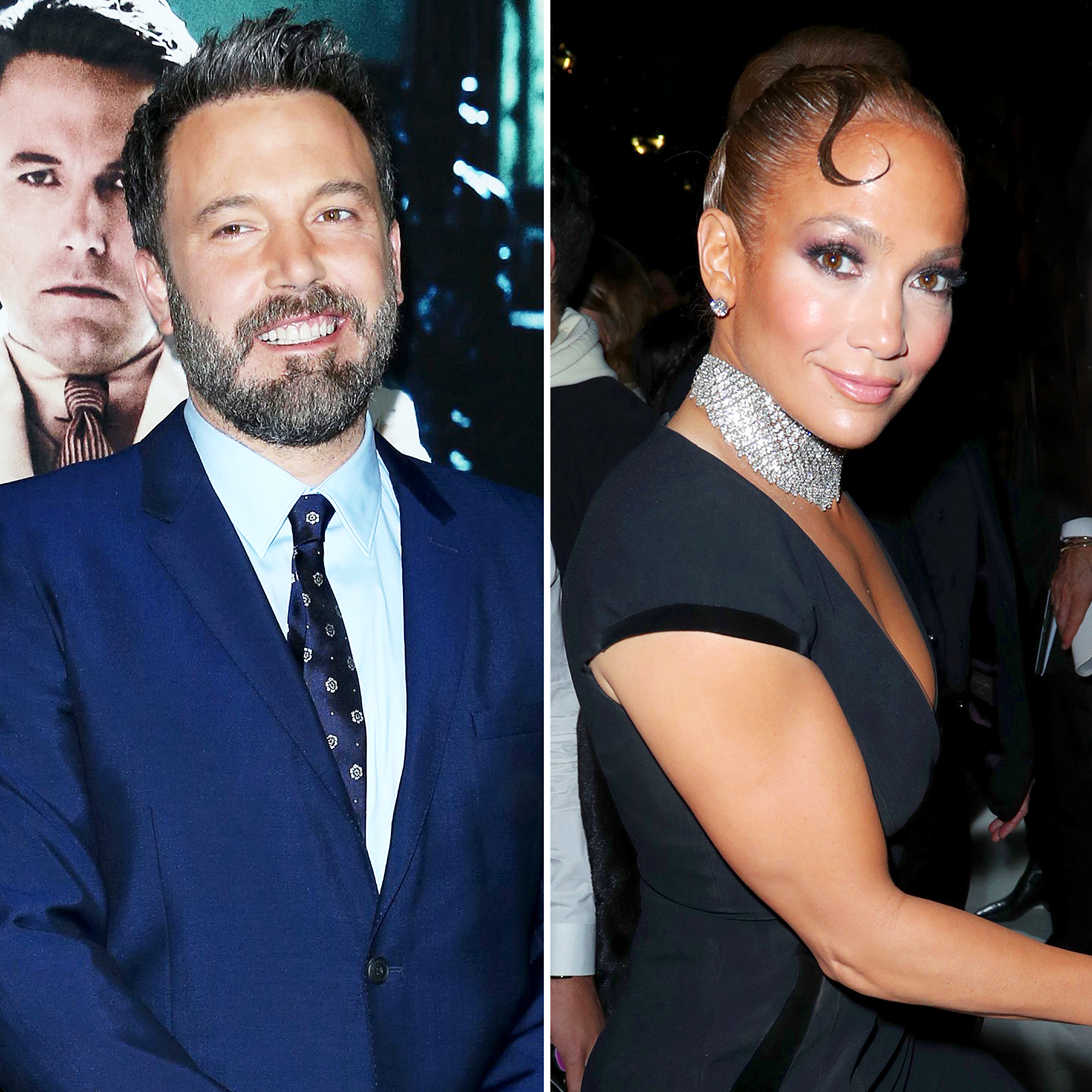 While the quick turnaround came as a shock to fans, a source clarified that the “Dinero” songstress didn’t get back in touch with her old flame until “after it became apparent to her that things with Alex weren’t working anymore.”

The iconic aughts couple exchanged “flirty phone calls and texts” before spending a weekend together in Big Sky, Montana, over Mother’s Day weekend. “There wasn’t any overlap, really. Jen was very intent on parting ways amicably with Alex and being respectful to him,” the insider added. “As soon as [she] and Ben started talking again, it became very clear to both of them that the old magic and special connection was still there.”

According to the source, the pair have been “making up for lost time,” hoping to see as much of each other as possible — no matter the location. After their Montana getaway, the pair were spotted in Miami and later returned to Los Angeles for a cozy dinner date. Though they have an undeniable connection, the Gigli costars aren’t ready to rush into anything too serious after both of their recent breakups. (Affleck split from girlfriend Ana de Armas in January.)

“It’s very clear they’ve fallen for each other again in a very intense way, but they don’t want to jinx anything by attaching labels or putting themselves under too much pressure,” a second source told Us, noting that the duo are waiting until “the time is right” to break their silence on their rekindled relationship.

It’s been nearly two decades since Bennifer was Hollywood’s favorite “It” couple. In her 2014 memoir, True Love, Lopez called her split from Affleck the “first real heartbreak” she’d ever experienced.

“It felt like my heart had been torn out of my chest,” she wrote. “People do lots of things to anesthetize themselves in moments like these. Some people do drugs, some drink and some go out and party.”

To help heal her broken heart, the Hustlers actress “sought out comfort in another person,” namely in Marc Anthony. The pair tied the knot in 2004 and welcomed twin Emme and Max, now 13, before finalizing their divorce in 2014.

Everything Ben Affleck, Jennifer Lopez Have Said About Their Relationship

For his part, the Good Will Hunting actor was previously married to Jennifer Garner. The former couple announced their separation in 2015 and finalized their divorce three years later. They share three children: Violet, 15, Seraphina, 12, and Samuel, 9.