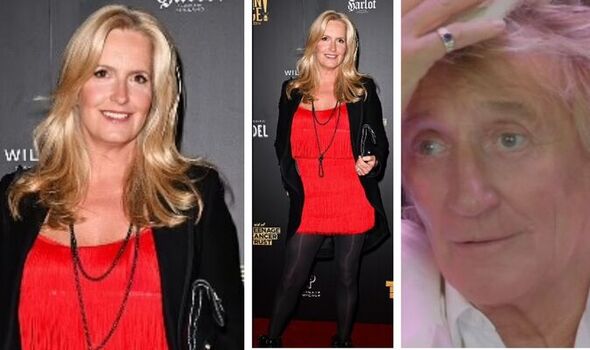 Penny Lancaster sparkled at the Moulin Rouge! The Musical Gala, although she arrived solo

Penny Lancaster was without husband Rod Stewart, as he is preparing for his three shows at Caesars Colosseum in Las Vegas, which will begin tonight.

Rod Stewart’s wife Penny Lancaster, 51, seemed to be in high spirits in spite of the distance between her and her rocker husband, who was seen grabbing a steak with his son in West Hollywood that same evening.

She got into the burlesque spirit with a red fringed party dress, showing off her endless legs in black tights and a fitted black blazer to add a sophisticated edge to the outfit.

The former model was among the top stars celebrating the Moulin Rouge gala, which was held to raise funds for the Teenage Cancer Trust.

Meanwhile, eagle-eyed fans will have noticed the showgirl style feathers on the ankle strap of the patent peeptoe sandals Penny was wearing.

The star looked happy, radiant and younger than her 51 years as she posed on the red carpet alongside musical greats such as Howard Jones. 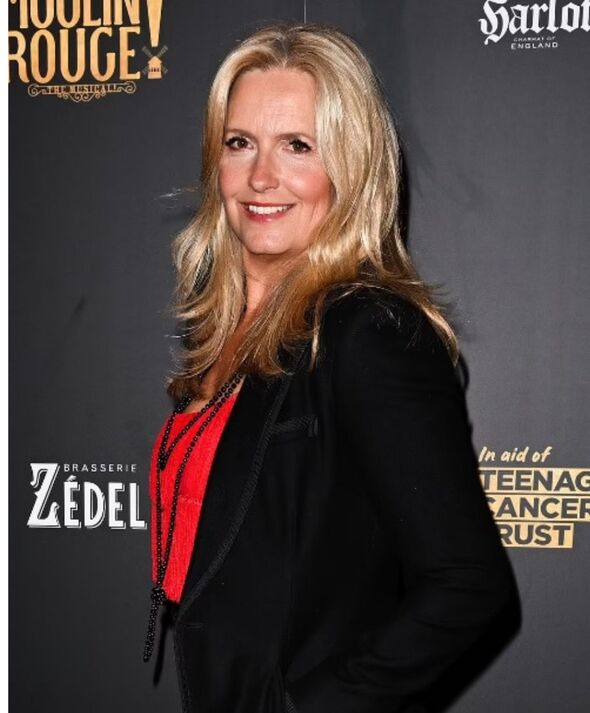 Penny Lancaster posed on the red carpet to join forces with the Teenage Cancer Trust, which hopes to raise funds and awareness for young people suffering with the disease. 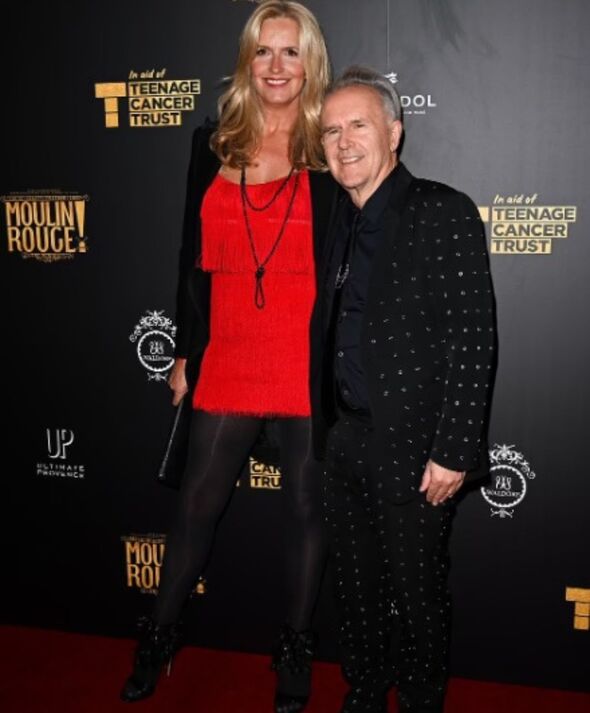 Penny posed alongside fellow celebs at the event

Penny looked extra tall in her glamorous outfit as she posed alongside the musician Howard Jones. 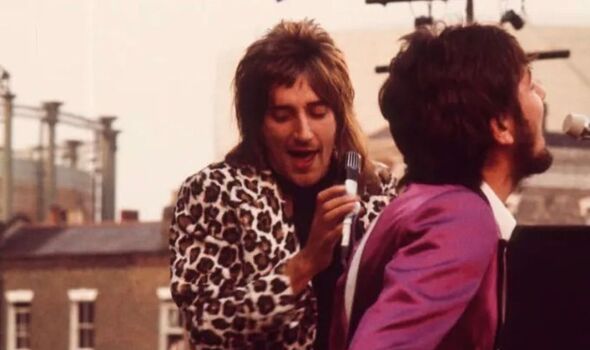 Brimming with enthusiasm, Rod told his Instagram fans that he was taking wardrobe inspiration for this week’s shows in the USA from his past, and uploaded a 1971 photo of himself on stage in a very eye-catching leopard print coat. 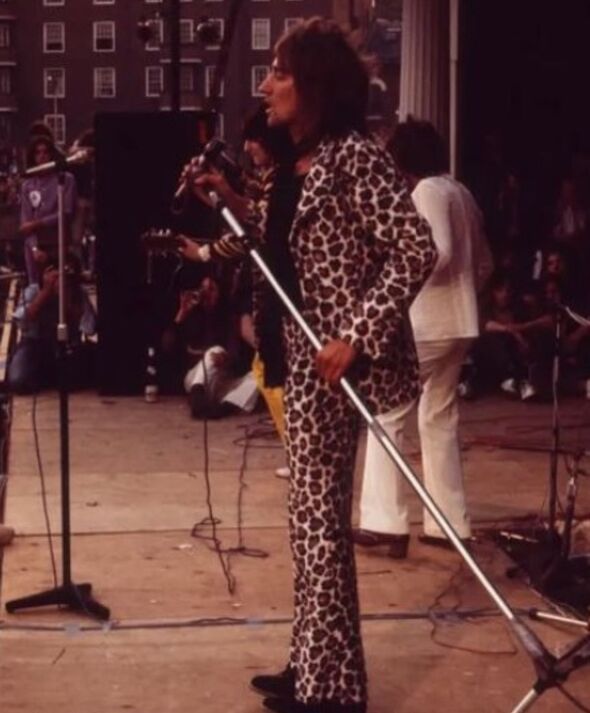 Rod Stewart recalled his fond memories from the show

Rod Stewart exclaimed proudly that his fashion inspiration dated back to his show with the Faces at the Oval cricket ground in September ’71. 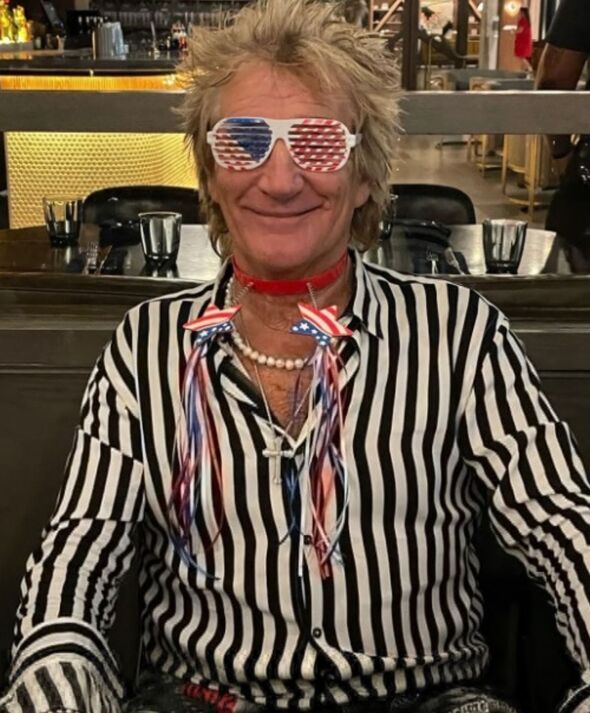 Rod Stewart is known for his boundlessly flamboyant outfits

Rod Stewart, who is excited to be back in the USA for his forthcoming Vegas shows, is pictured here posing in stars and stripes sunglasses and a striped jacket. 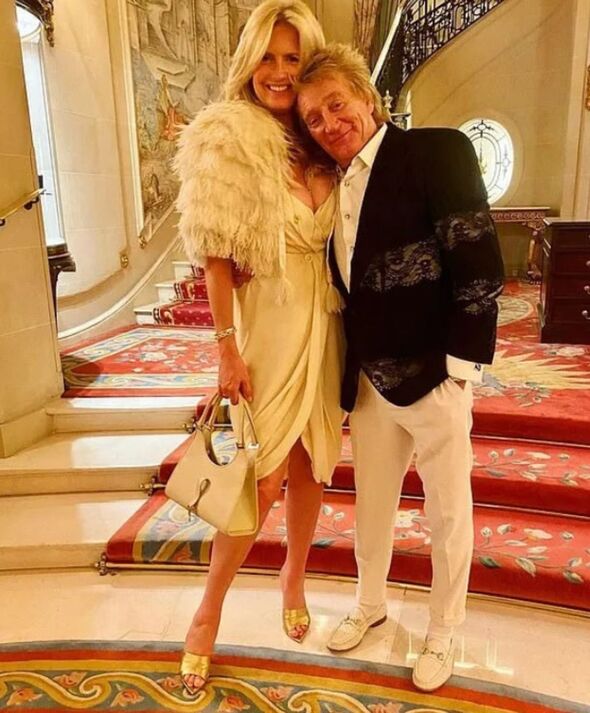 Rod Stewart and Penny Lancaster will be reunited again soon

Despite battles with Penny’s menopause symptoms, the pair have typically maintained their loved up and affectionate marriage throughout the years, as this photo of them chilling at a hotel demonstrates.