Prince Harry is adding a new title to his résumé.

After stepping back from his role as a senior working member of the royal family last year, the Duke of Sussex will become chief impact officer of coaching and mental health company BetterUp Inc., the Wall Street Journal reported on Tuesday.

"I intend to help create impact in people's lives," Prince Harry, who has been open about his struggles with mental health, told the outlet. "Proactive coaching provides endless possibilities for personal development, increased awareness, and an all-round better life."

Prince Harry, 36, also revealed that he has been using the company's resources for a couple of months.

"I was matched with my coach who, quite frankly, is truly awesome and has always given me sound advice and a fresh perspective, which is so valuable," he said.

RELATED: Prince Harry Goes on a Bike Ride During First Outing After His and Meghan Markle's Oprah Interview BetterUp CEO Alexi Robichaux, who was introduced to Harry last fall through a mutual friend, called the position a "meaningful and meaty role." Although details of Prince Harry's employment, including compensation, were not discussed, Robichaux added that would be joining the company's leadership team as an "officer of the corporation."

Harry, who relocated with wife Meghan Markle and son Archie to California last year, is expected to spend some time at the startup's San Francisco headquarters in the future, participate in meetings and appear at special company events.

"This is about acknowledging that it isn't so much what is wrong with us, but more about what has happened to us over the course of life," he said. "Often because of societal barriers, financial difficulty, or stigma, too many people aren't able to focus on their mental health until they're forced to. I want us to move away from the idea that you have to feel broken before reaching out for help."

Get the premiere issue of PEOPLE Royals for glamorous new photos and inside stories royals fans haven't seen or read elsewhere! Subscribe at peopleroyals.com/launch

BetterUp, founded in 2013, matches clients (including large companies like Salesforce and Hilton) with their network of more than 2,000 coaches. The company is valued at $1.73 billion. Meghan, 39, revealed in the couple's recent sit-down interview with Oprah Winfrey that she struggled with suicidal thoughts during her time in the royal family.

"I was ashamed to say it at the time and ashamed to have to admit it to Harry. But I knew that if I didn't say it — then I would do it," she said. "I just didn't want to be alive anymore."

She continued, "That was clear and real and frightening and constant thought."

Meghan said she "thought it would have solved everything for everyone."

Can't get enough of PEOPLE's Royals coverage? Sign up for our free Royals newsletter to get the latest updates on Kate Middleton, Meghan Markle and more!

Since leaving the royal family, Meghan and Prince Harry have announced partnerships with Netflix and Spotify. On Monday, it was announced that they hired producer Ben Browning as head of content for Archewell Productions and Archewell Audio. Browning's past work includes The Big Sick, Arrival and Room as well as current Academy Award Best Picture nominee Promising Young Woman.

"From the moment they shared their vision for Archewell as a global production company that will spotlight diverse voices and share uplifting stories, I knew I wanted to help with this unique opportunity," Browning said in a statement. "It's a thrilling company to be starting."

If you or someone you know need mental health help, text "STRENGTH" to the Crisis Text Line at 741-741 to be connected to a certified crisis counselor. 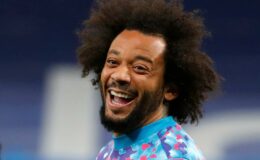