Lady Gaga has stepped out in towering platform heels and white angel wings while leaving a music studio in New York City.

Lady Gaga turned heads in a little black dress while strolling around the Chelsea neighborhood of New York City on July 27. The 35-year-old “Applause” singer stunned in the LBD, which she paired with fluffy white angel wings and massive platform heels. The A Star Is Born actor, whose real name is Stefani Joanne Angelina Germanotta, also accessorized with black sunglasses and a small black handbag, as she slicked her brunette tresses back into a bun while leaving the recording studio. 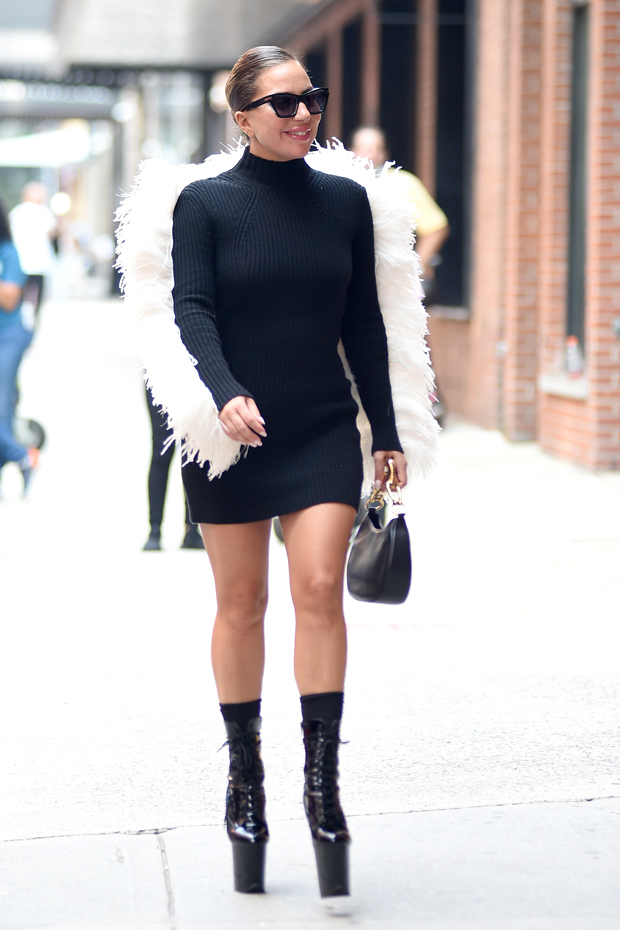 As fans would recall, the outing comes one day after she was seen exiting the music studio in similarly towering pumps. The “Shallow” singer was photographed leaving Highline Studios on July 26 in a stylish black slip dress which she accessorized with the most formidable pair of shoes. She is currently in New York City to prepare for her performances with Tony Bennett at Radio City Music Hall on August 3 and August 5.

It comes just a couple of months after Gaga celebrated the 10th anniversary of her second studio album Born This Way. To commemorate, she dropped re-imagined songs from the album by Ben Platt, Kylie Minogue, Orville Peck, and other A-list artists. “Thank you to each of the incredible artists who reimagined #BornThisWay songs!” the singer wrote on Instagram. “And thank you Little Monsters for continuing to build our community of love, acceptance, and kindness for the last 10 years. I’m so grateful for each of you. Rejoice and love yourself today ‘cause baby, you were Born This Way.” 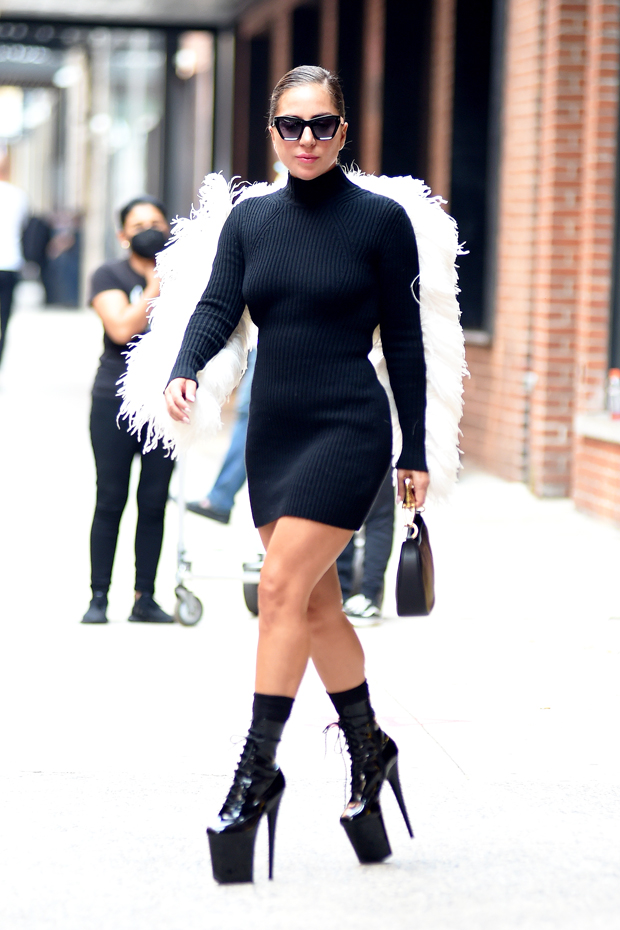 In her personal life, Gaga has also been going strong with her boyfriend, Michael Polansky. The couple were recently seen playing tennis, and the singer stunned in a white sports bra and pleated high-waisted Nike skirt. A source previously told HollywoodLife that the pair, who went Instagram official last February, were not just “a fling” — and that the two “aligned.”

“She’s serious about him, this is much more than a fling,” a source told HL. “She’s already introduced him to her family and they really like him — they approve. She met him through mutual friends and there was an instant attraction between them.” Adding that the attraction is “more than just physical,” the source said, “She’s very attracted to his mind. He’s brilliant.”