Jennifer Garner, 49, looked casually fashionable during an outing on June 22. The actress enjoyed some time walking around Brentwood, CA while wearing a long blue short-sleeved dress that had a cute floral print on it. She paired the look with matching blue sneakers and added sunglasses to keep the sun out of her eyes. 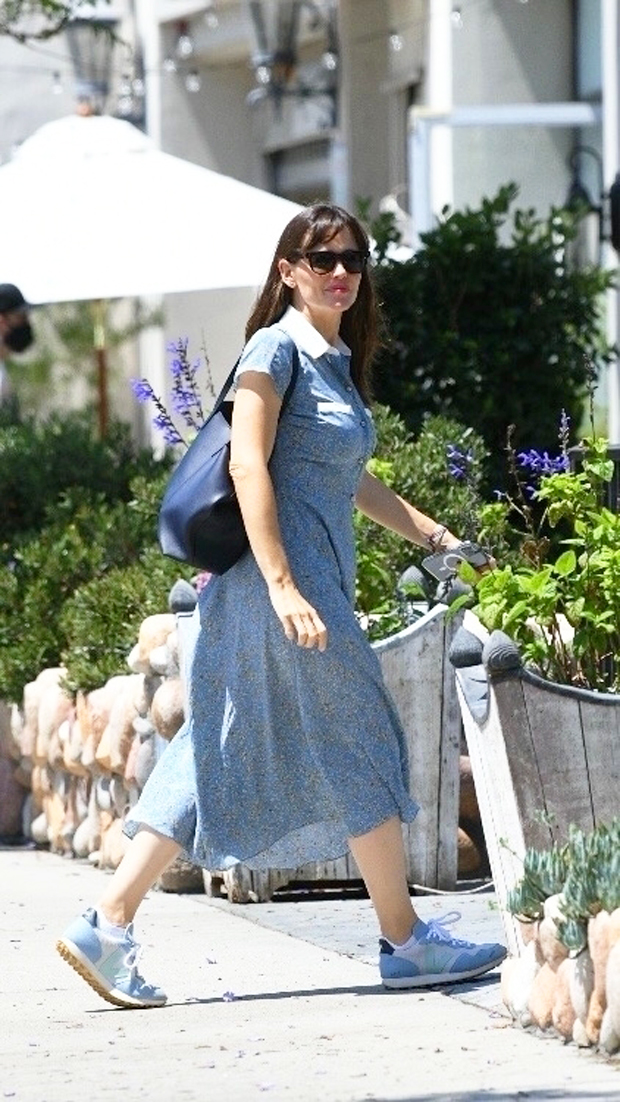 Jennifer also had her hair down and carried a black purse over one shoulder as she didn’t pay attention to cameras. She was walking in an area full of gorgeous purple flowers and appeared to be relaxed.

The outing comes just four days after Jennifer’s ex-husband Ben Affleck, 48, reportedly reunited with rekindled flame Jennifer Lopez, 51. The singer was seen leaving the actor’s Brentwood area home on Friday and looked glowing as she sat in a large vehicle and looked out the window. He was also spotted taking his son Samuel, 9, whom he shares with his ex-wife Jennifer, to swim lessons later that same day. 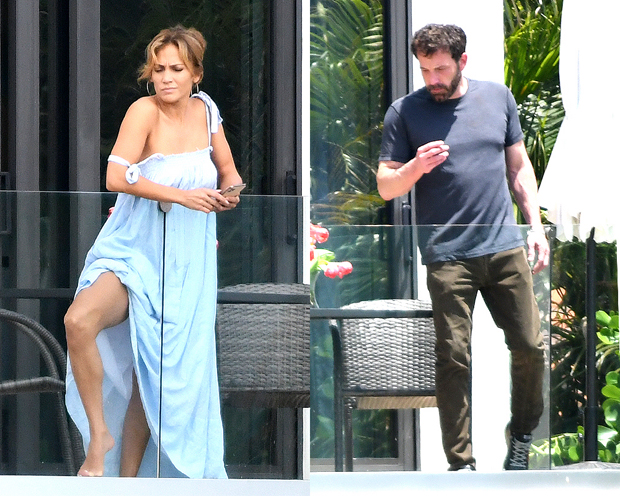 J.Lo and Ben, who used to be engaged until they split back in 2004, first made headlines for rekindling their romance during a trip to Montana in Apr., shortly after she and Alex Rodriguez, 45, broke up. Since then, they’ve been seen on various outings, including hangouts in Miami and the Los Angeles area, and were even spotted passionately kissing during a dinner date. Although the reunion is getting a lot of attention, Jennifer, who split from Ben in 2015, has been trying to avoid the media circus that her ex and his lady love are causing.

“Jen doesn’t want anything to do with the media circus surrounding Ben’s rekindled romance with J.Lo,” a source EXCLUSIVELY told HollywoodLife. “Her only concern is, and always has been, their kids and as long as he’s there for them as a father then she’s happy. Jen is absolutely fine with Ben dating J.Lo but she just doesn’t want to get caught up in the frenzy of it. She likes to keep her life somewhat private but supports whatever decision Ben makes as long as he’s happy, healthy, and makes their children a priority which he always has.”