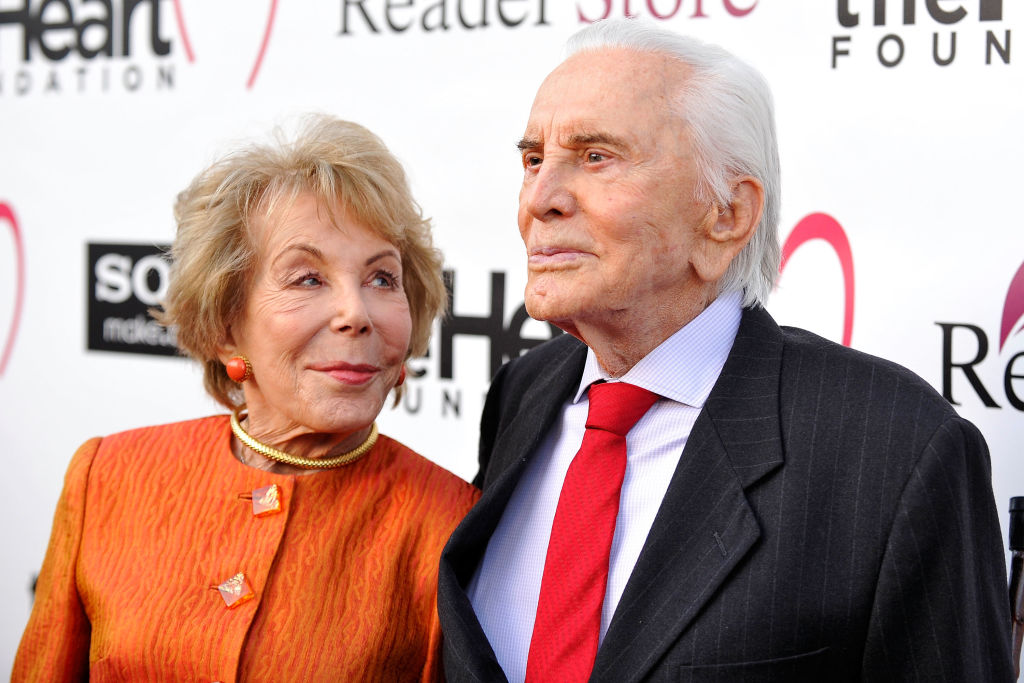 The film publicist and philanthropist died on Thursday at her home in Beverly Hills, California, which she shared with her husband of 66 years. The couple had two sons, Peter and Eric.

In a tribute, actor Michael Douglas, 76, said in a statement to PEOPLE that she ‘brought out the best in us’.

‘Anne was more than a stepmother, and never “wicked.” She brought out the best in all of us, especially our father. Dad would never have had the career he did without Anne’s support and partnership,’ he said.

‘Catherine [Zeta-Jones] and I and the children adored her; she will always be in our hearts.’

Over her career Douglas has worked as a location scout and a publicist at Cannes Film Festival, as well as president of her husband’s production company, Bryna Co. She received a producer credit on Peg Leg, Musket & Sabre in 1973, and 1975’s Posse, both of which starred her husband

Her philanthropy included founding the Cedars-Sinai Research for Women’s Cancers and founded The Anne Douglas Center for Women at the Los Angeles Mission.

She met Kirk in 1953 on the set of Act of Love following his divorce from first wife Diana Douglas two years earlier.

She had celebrated her 102 birthday just over a week ago, which Michael marked on Instagram with a family photo.

If you’ve got a celebrity story, video or pictures get in touch with the Metro.co.uk entertainment team by emailing us celebtips@metro.co.uk, calling 020 3615 2145 or by visiting our Submit Stuff page – we’d love to hear from you.