MEGHAN Markle has helped Kate Middleton come out of her shell and be more 'confident' and 'dominant' at public engagements, one Royal expert has claimed.

Speaking on podcast 'Pod Save the Queen', body language expert Judi James put the Duchess of Cambridge's growing confidence down to her changing relationship with the Royals, and all thanks to Meghan. 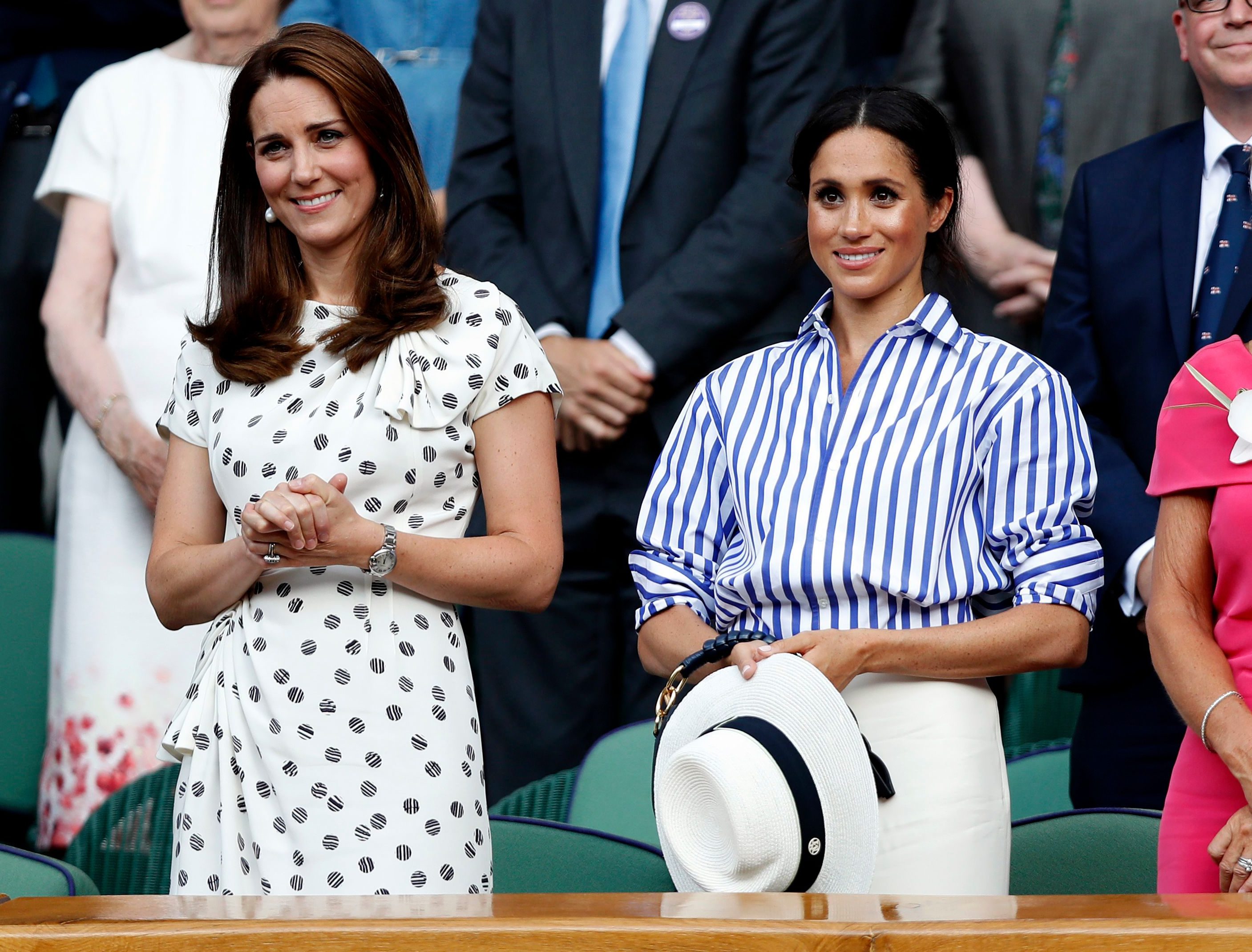 The podcast, run by journalist Ann Gripper and Royal writer Russell Myers, discussed how Kate appeared to have become more confident in public since Meghan became part of the Firm.

Judi said: "Kate is interesting because she doesn't put a foot wrong – her body language is pitch perfect as a royal and I think that's what she's good at.

"But I noticed recently her confidence levels do seem to be increasing. I think she's taking a different role generally, as with Meghan coming into the family, she's no longer the newbie.
"She was the one that wasn't royal that married into the Royal Family, and now Meghan's done the same thing, she's the new one. I think that's why Kate's confidence has elevated." 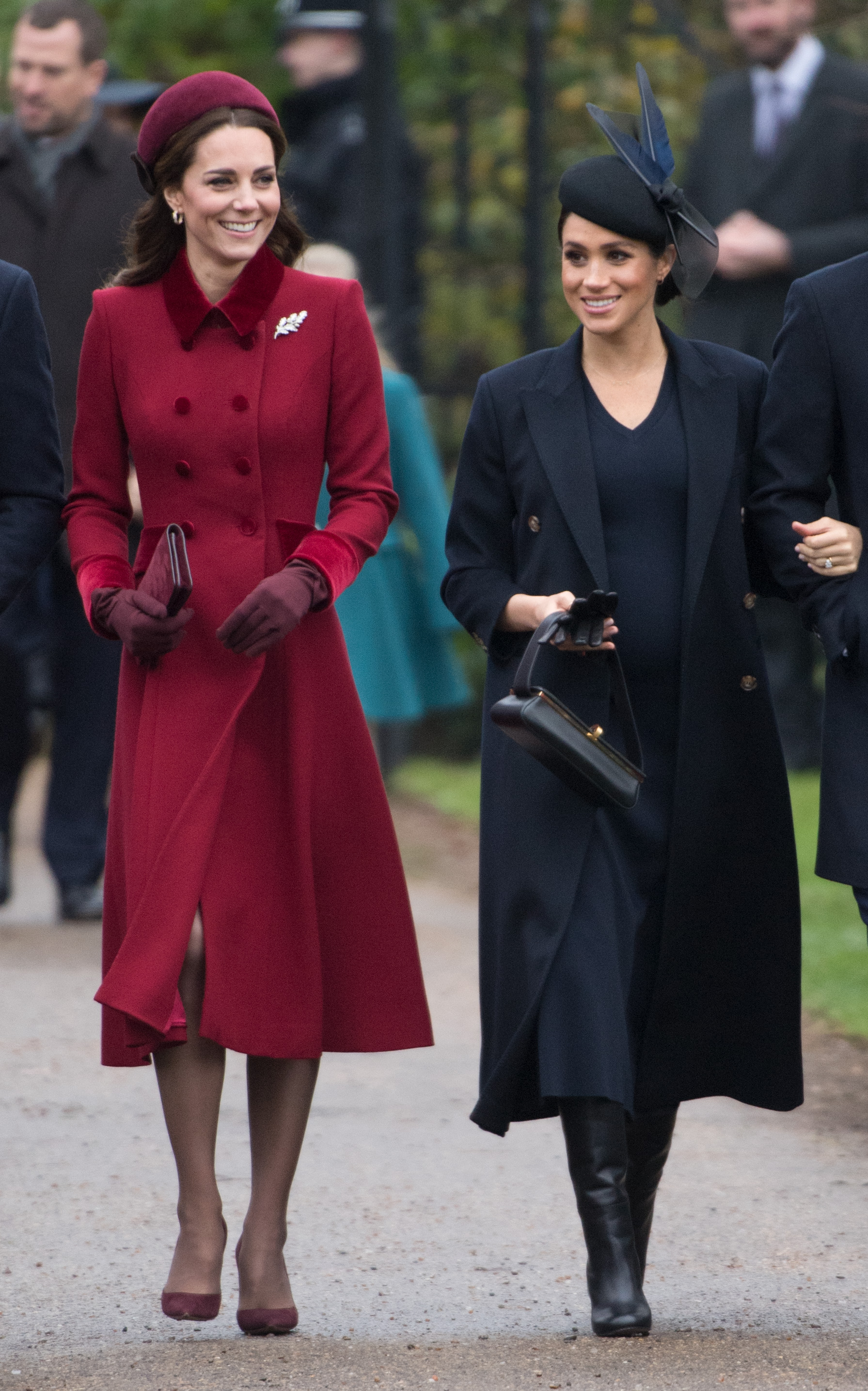 The expert also suggested that Kate, 37, was becoming increasingly 'dominant' and 'matriarchal' as the Queen ages and begins to retire slowly from the limelight.

"The Queen clearly isn't getting any younger and is stepping back a bit," Judi continued. "And I don't see Camilla ever wanting to take up the reins of being that matriarchal figure.

"I think she would probably do anything to avoid that, so it has fallen to Kate to a certain extent and she's working it really, really well."

Addressing rumours that Kate and Meghan, 37, do not get along, Judi explained that as sisters-in-law, the pair are 'never going to be the best of friends'. 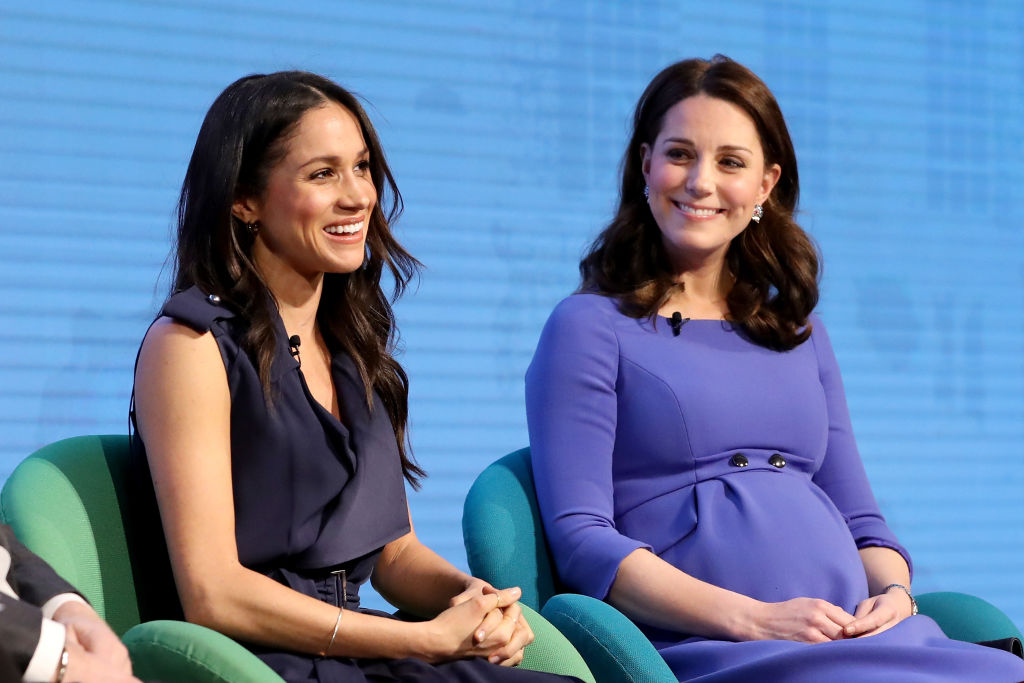 She also spoke about the attributes which she thinks Prince Harry, 34, has lost since his marriage to the ex-actress last year.

"We lost that naughty, fun side to him," Judi said. "He has looked very anxious, more so as the pregnancy has got towards the end, which is quite natural.
"But he's also lost that double act with his brother."

The Duke and Duchess of Sussex, who are expecting their first child, met in 2016 – and Meghan became a formal addition to the Royal Family in 2018.

most read in fabulous

In other Royal news, Kate Middleton is thought to have 'first set eyes on William when she was nine after he came to play sports at her school', according to a royal biographer.

We also reported that Meghan Markle ‘will follow Sarah Ferguson’s non-traditional footsteps and give birth away from the royal spotlight’ according to Victoria Arbiter.

And we showed you Meghan Markle and Prince Harry spent two hours shopping in a herbal ‘wellness’ centre that uses healing chants and practises ‘Numerology’.