LOOKING across the endless sea of people in the stadium, I felt dizzy. In front of me stood 30,000 couples, all waiting to be married. Part of a cult called the Unification Church, I was one of them – about to marry a stranger in a mass wedding in South Korea.

Growing up in Windsor, I didn’t come from a religious family. I was like any other teenage girl, until, when I was 15, my brother Adam* began experiencing schizophrenia, which was a huge worry. I worshipped him, so it was devastating for me and incredibly worrying for our mum. 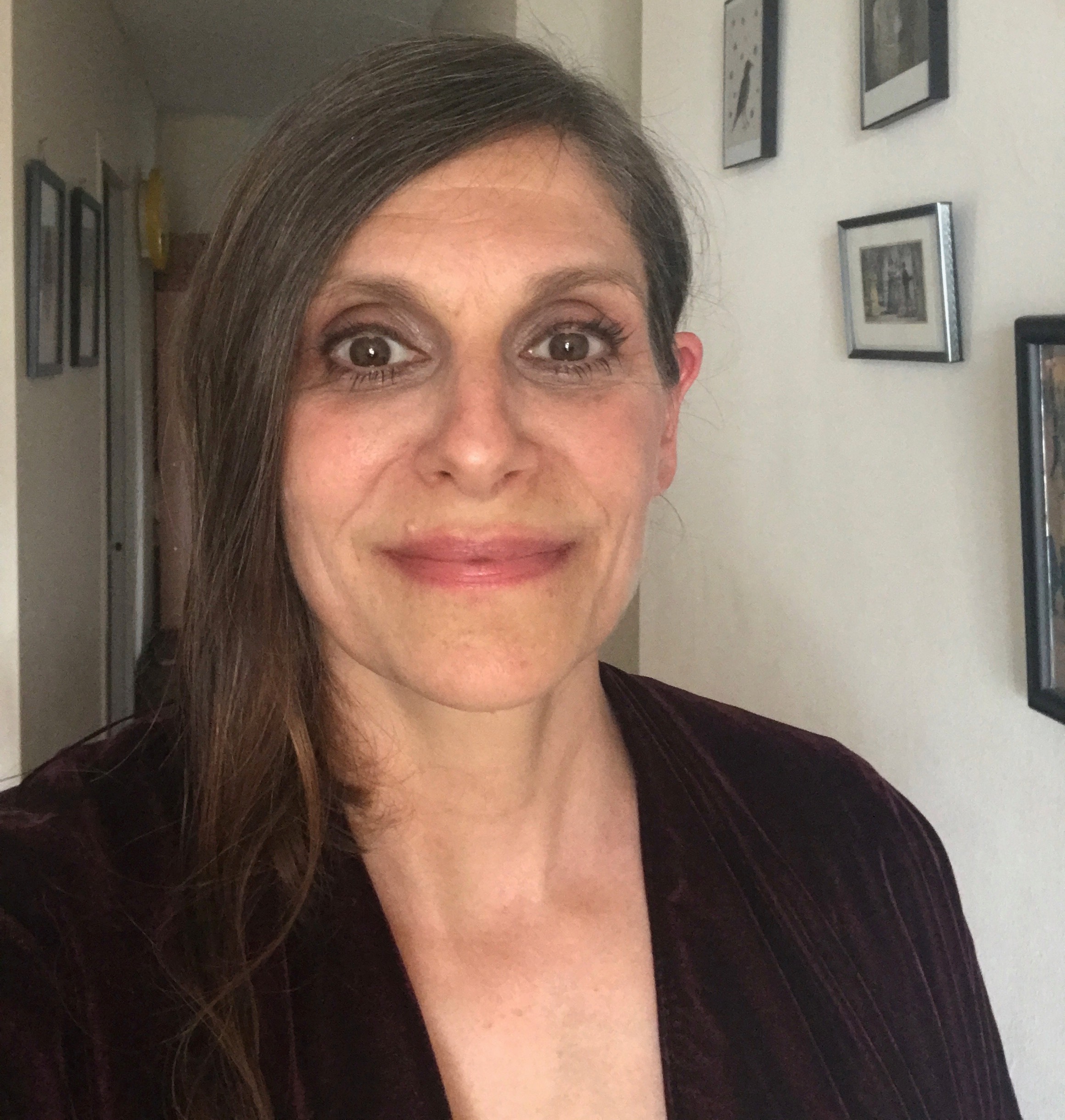 In 1981, aged 17, I moved to London to study art and film, and after graduating started working as a filmmaker. But during my 20s I was plagued with anxiety over my brother’s mental health, plus I was struggling in my three-year-long relationship with a guy called Edward*, who refused to commit.

In July 1990, I interviewed a man called Andreas, who worked at the Principle Life Study Centre in London, for a film I was working on. The centre seemed to be a place where people learned about philosophy, and when I visited I found it packed with men and women dressed modestly and smiling. Andreas played me a video about the struggle humans have to be happy in the modern world, which resonated with me and I wanted to hear more.

I didn’t realise it at the time, but the centre was a way to recruit people into the Unification Church, a religious cult that boasted five million members at its height. It was founded in Korea by Reverend Sun Myung Moon, whose followers believed he was the Messiah. Intrigued, I returned over the next five days to learn more.

I kept the whole thing a secret from my friends, but already I was being brainwashed. After a week, a woman I met there, Eva*, promised me that Adam’s schizophrenia would be cured if I dedicated my life to the group’s teachings. So I packed a bag and left my old life behind, without telling Edward or any of my family or friends. Mum was too busy worrying about Adam, so left me to my own devices. 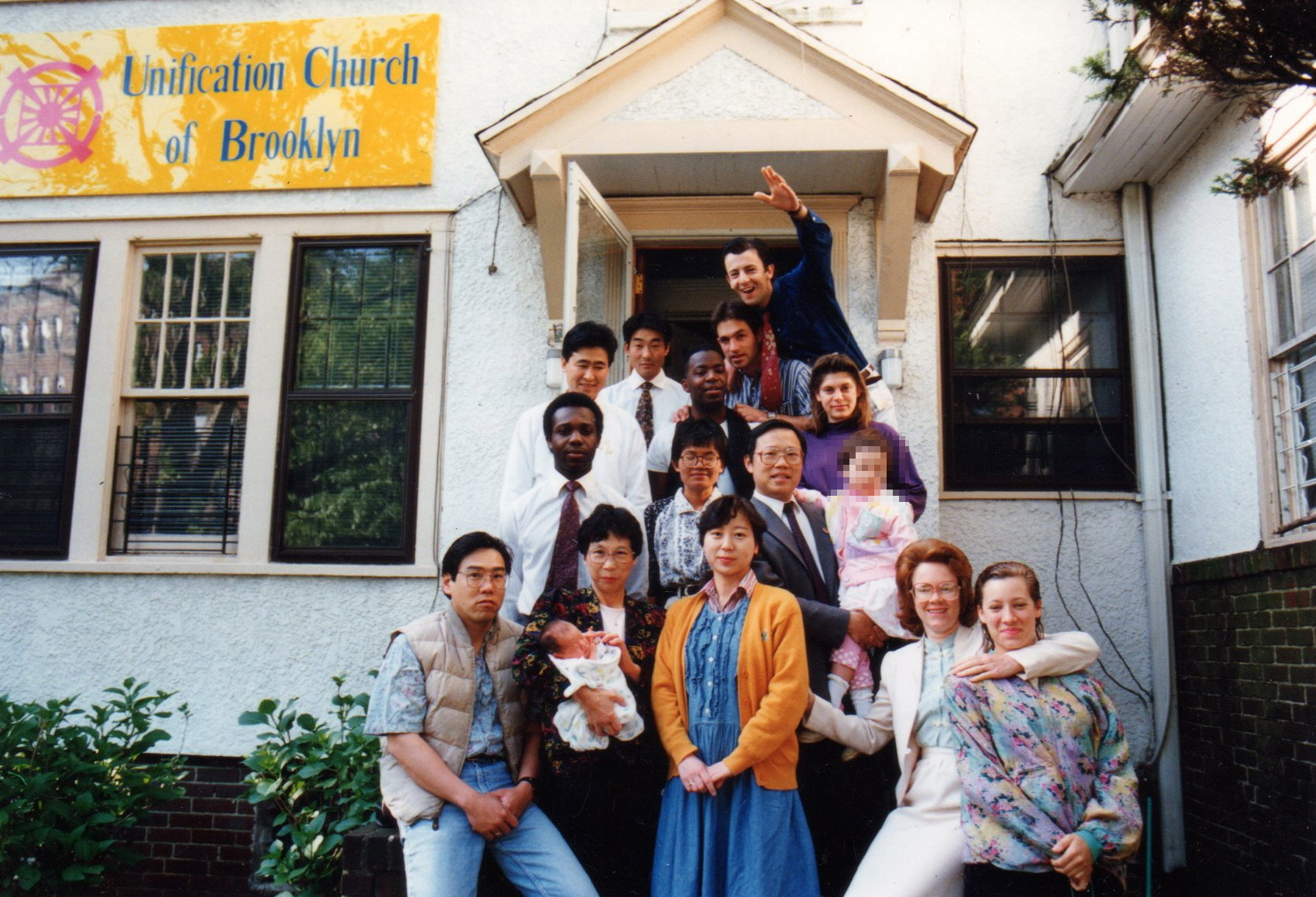 I was taken to a flat in central London, where I was allocated a bunk bed. My clothes were confiscated as they didn’t cover my shoulders and knees, and my books were taken away from me.

At a prayer session the next day, people cried and beat the ground as I prayed for Adam to be healed, and my sexual sins to be forgiven. I hadn’t been promiscuous, but within the church sex outside of marriage was banned.

It sounds crazy, but I believed these people had the answers I needed. I even shaved my head after I was told that bad spirits cling to a person’s hair. It felt like my life was finally straightforward, with no more worrying about being successful or loved. All I needed was faith.

A month later, I bumped into my friend Fifi in the street. She begged me to leave the group, but I thought I had to stay for Adam to get better. Even when Edward spray-painted the pavement outside the centre with the words: “We love you, Yolande” after Fifi told him I was there, I refused to leave. 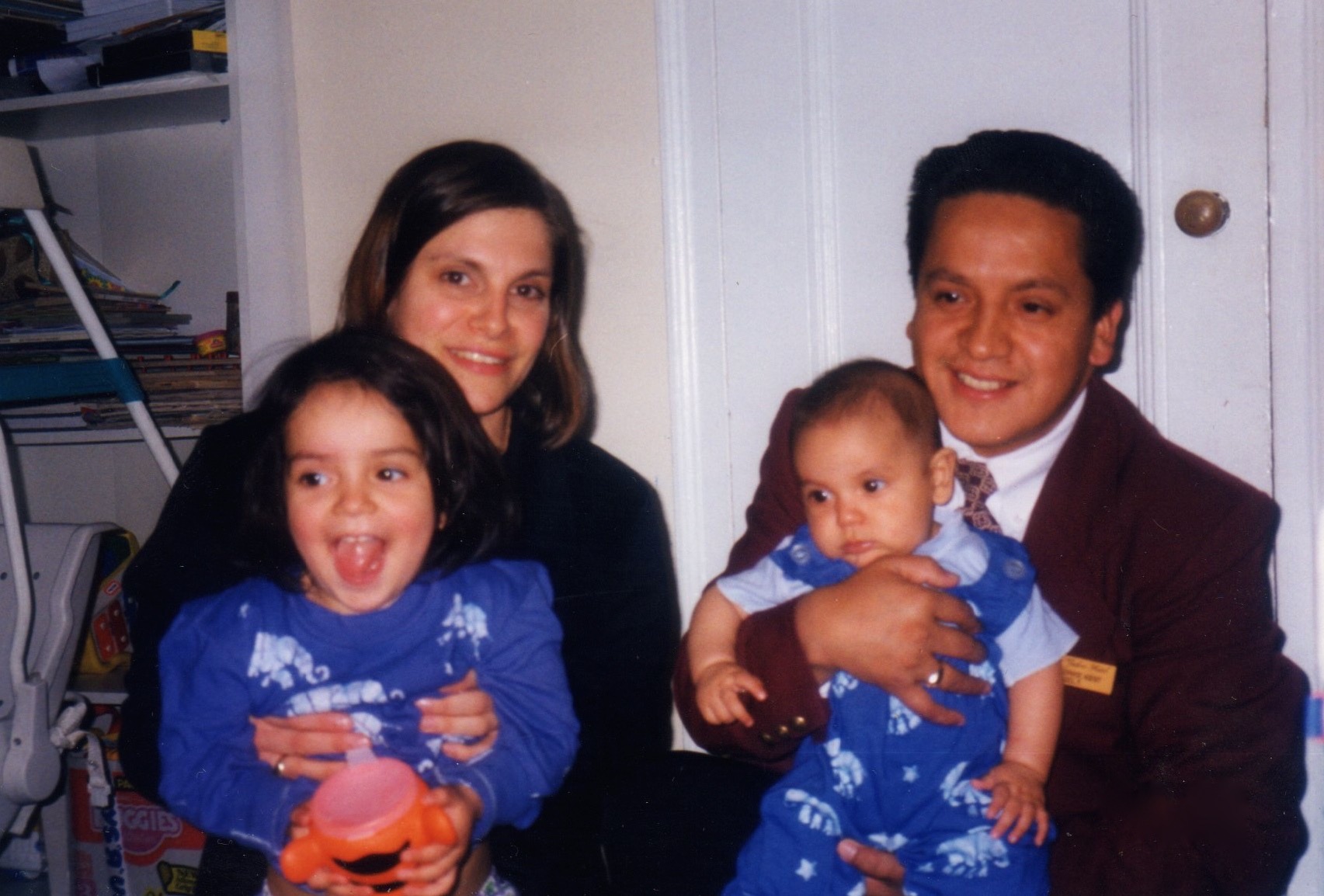 In February 1991, the church sent me to live in New York, where I tried to convert passers-by on the streets. While I was there, I was thrilled to hear that Reverend Moon was planning one of the church’s famous mass weddings in Seoul, and that he would select the perfect husband for me.

Meanwhile, daily life became harder. Prayer sessions were endless and we were forbidden to sleep more than three hours a night. I was in a constant state of exhaustion, but in July 1992, I was told I’d been matched with a man called Gabriel, 28, from Ecuador.

I felt a flicker of fear when I saw his photograph – this man was a stranger, how could I marry him? But I forced the thought away, telling myself it is what God wanted.

A month later, I met Gabriel for the first time at JFK airport as we flew to Seoul together. On the flight, we barely spoke. For four days we only met for dinner with the thousands of other couples, where I shyly struggled to think of anything to say.

As I stood next to him in the stadium – four days after we met – our vows were read out in Korean, and as 60,000 voices yelled “yes”, the ground shook and I felt full of excitement and joy.

Married couples of the church had to wait years before they were allowed to touch, let alone have sex, so after the wedding I slept in a dormitory with other brides, and when we flew back to New York we lived separate lives. It was a relief, as I’d forgotten how to be in a relationship. 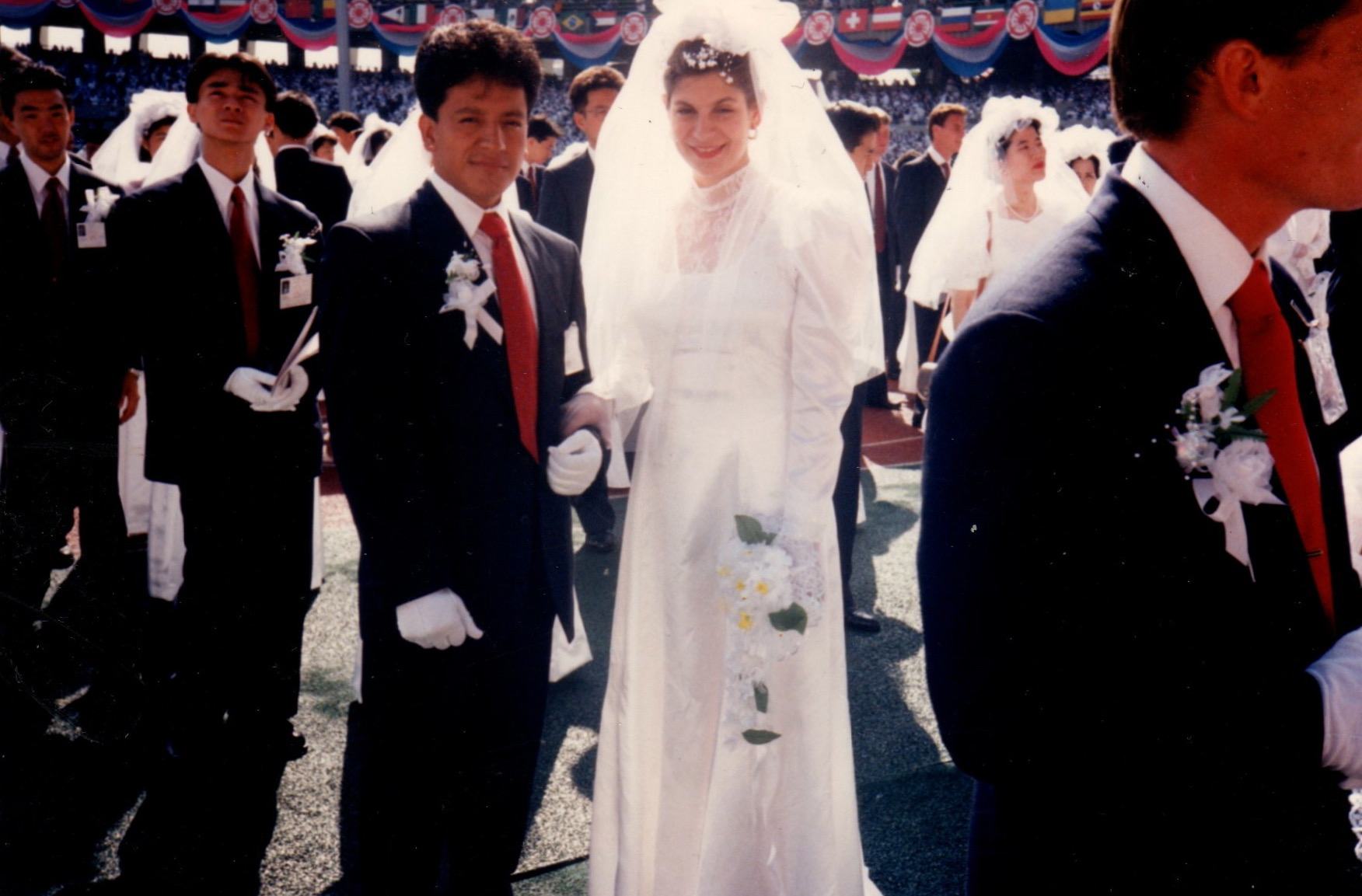 Over the next two years, Gabriel and I occasionally saw each other at religious events and we exchanged letters. Finally, in September 1994, we were permitted by the church elders to have sex by following a strict church manual. We were then allowed to move in together into church-provided hotel accommodation, and I became pregnant.

I cared about Gabriel, but I never felt like I was in love with him. When our daughter Hayley* was born in July 1995, I decided I wanted to see my family, whom I’d not had any contact with for five years. Gabriel gave me permission to return to the UK when Hayley was two months old.

It was wonderful to see them – although Adam was still struggling – but I was so brainwashed that my mum didn’t even try to bother convincing me to leave the church. But when I returned to New York, I began to have doubts about bringing Hayley up within the cult.

When our son Brandon* was born in November 1997, my doubts continued to grow. For years, I’d believed my brother was only sick because I hadn’t prayed enough. But I began to realise that me joining the church hadn’t cured him; in fact, it meant I hadn’t been there to support him. 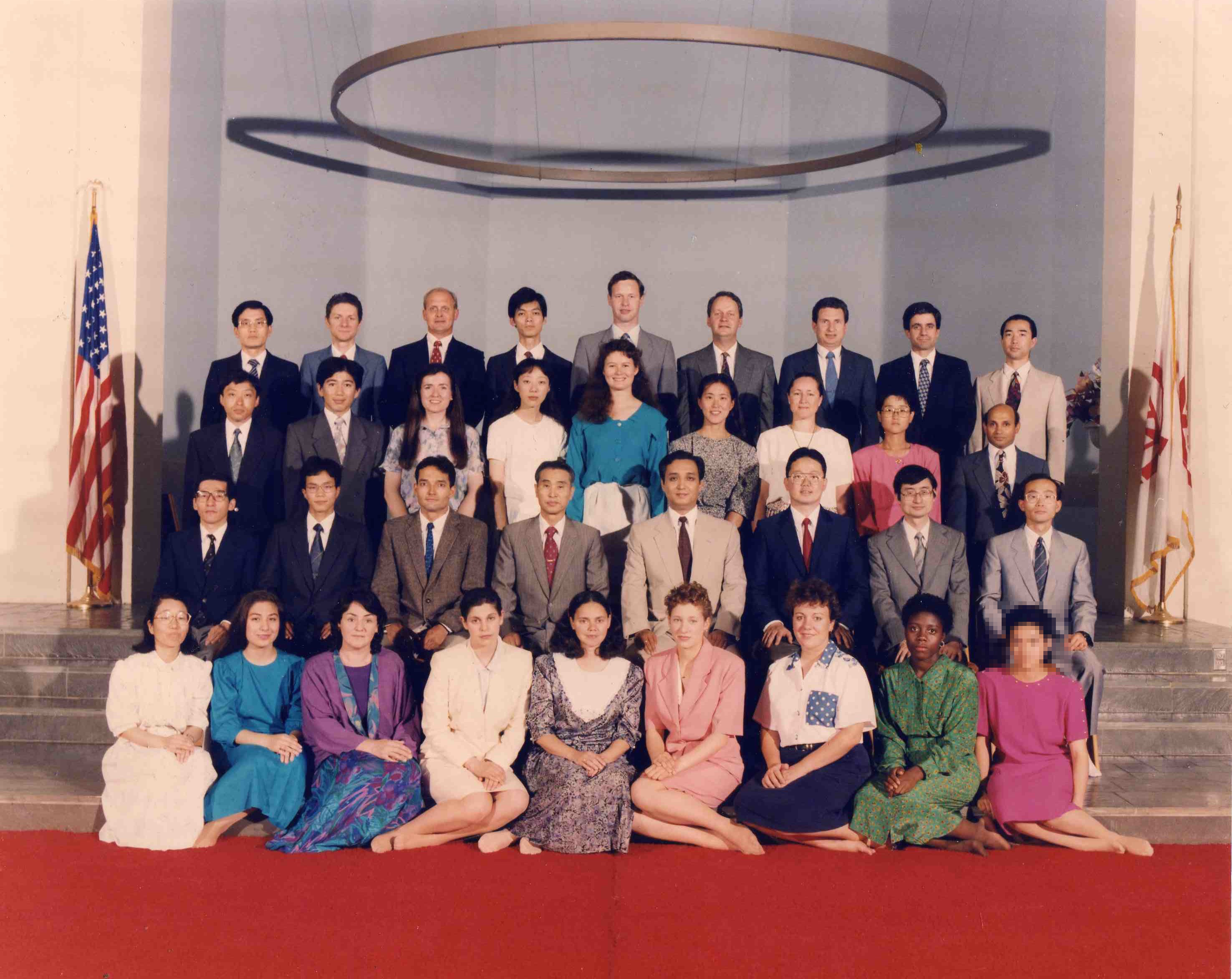 When I wasn’t caring for the kids, I helped with making videos for the church, which led to me getting a job as an autocue assistant at MTV in 1998, giving me a tantalising glimpse of the real world.

When the church allowed us to move into our own apartment in Harlem in 2000, Gabriel and I argued a lot, and in 2002 he told me he was leaving as I wasn’t a loving enough wife. It was the church’s view that I was a failure, so I was finally able to break free, taking the kids, who were six and eight, with me.

In 2005 we were legally separated, and we divorced in 2006. Although the church didn’t interfere with our separation, I was contacted several times by church members, asking for my children to attend, but mostly I was shunned.

I didn’t consider returning to the UK, as New York felt like home now. Continuing my job at MTV and making just enough money to support me and the children, I slowly began adjusting to the normal world. However, for years afterwards I was wracked with guilt, fearful that I’d be struck by lightning for my sins.

As the kids grew up, I raised them to be strong, independent thinkers, and they still speak to their dad, who is single and still connected to the Unification Church.  My brother Adam now lives a peaceful life, looking after himself and my mum in London, and I visit them twice a year, though Mum doesn’t seem to fully understand what I’ve been through.

I’ve tried dating, but haven’t met the right man yet, and at 55, I accept maybe I never will. Looking back at my wedding photos, I see a naive, hopeful young woman.

I don’t regret the choices I made, because I had my wonderful children. But I wish I could tell younger me that an adventurous spirit isn’t something to be crushed, and that she was good enough just the way that she was.

*Names have been changed